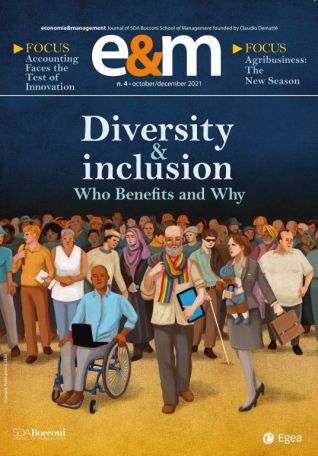 Between Vision and Organization: The Teaching of Social Movements

Women and the PA: A Case of Half Success

What Future for Gender Budgeting?

What Unions Can and Must Do

Managing Disability Beyond the Stigma

The Body of Law Against Discrimination

The Challenges and Methods of Remote Sales

The New Direction of Accounting

In Management Control the Goal Is to Align Measures and Strategies

How Technology Helps Auditors an Companies

The New Season of Agribusiness

The Entire Supply Chain Faces the test of Innovation

The New Rules on European and Italian Agricultural Policy

The Growth of Vertical Farming Between Reality and Promises

Bringing Employee Well-Being Back to the Center of Business

All the Social and Environmental Value of the Bikeconomy

The Body of Law Against Discrimination

One of the characteristics of anti-discrimination law lies in having introduced peculiar notions, rules, and institutions such as direct and indirect discrimination. Anti-discrimination law is also characterized by the presence of sanctions (that must be "actual, proportionate, and dissuasive"). This strengthens the position of those who – merely because they are victims of discrimination and part of an unequal relationship, such as a female worker who is not an employer – represent the weaker parties in a hierarchical relationship.#Despite the advancement of protections in anti-discrimination law in the European Union, in certain cases in particular, and for some subjective conditions for which it has been difficult to obtain protection against discrimination in the legal systems of certain Member States (discrimination based on ethnicity or sexual orientation), elements of weakness and fragility remain, starting with the uncertainty of some notions, the undefined character of many areas, and the poor application and applicability of what can be determined by the Courts, despite frequent and persistent cases of discrimination.

Are you a subscriber? Login or subscribe.
Anna Lorenzetti
Close 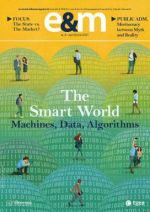 di Barbieri Marta, Valotti Giovanni For years the public administration has evoked the mantra of meritocracy, with great difficulty in concretely introducing it. This makes the public sector less attractive for more qualified people on ...