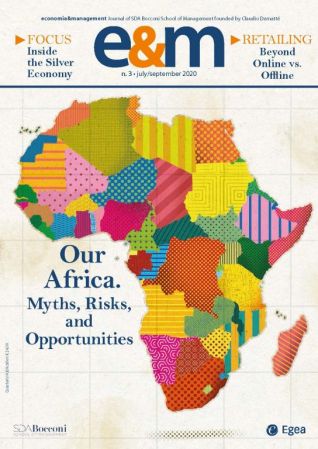 The concepts of "resilience" and "mindfulness," that are strictly correlated, deal with the management of emotions, stress scenarios, and the past. Yet they are often presented in a distorted manner, de facto legitimizing the source of the very problems they are called on to resolve.

There are some words that over time spread more than others, not only in terms of frequency but also of areas of application. "Resilience" and "mindfulness" are among these, and their use - which is already very intense and extensive - has further increased in this period of the Covid-19 emergency. Since the terms are widespread in management[1] - that in turn is an important agent for spreading into other areas of knowledge - it is useful to understand them better.

We will start with the concept of resilience, the capacity of an object to absorb an impact or pressure without breaking, resuming its original form. In the case of people, it refers to the psychological ability to adapt to stressful circumstances and to recover from adverse events. This characteristic is highly sought after in the workplace, so individuals should aim to acquire it. We can in fact consider resilience as a sort of muscle that contracts and expands to balance different levels of pressure during negative and positive periods. And like all muscles, they can be trained and developed.[2] But how? And who should do it? Here the indications on how to improve this ability are very vague. Yet the point is not to provide a response to these questions, but to stress the need to possess that requirement, then each person will do what she considers necessary to acquire it. The important thing is to get up again and move forward as before. But is it really so important? Undoubtedly, overcoming adversity is important, but the concept of resilience is not limited to this (if that were so, it would not have been necessary to introduce a word to say things that are fairly obvious).

It is interesting to note how this concept, from its initial area of application to materials, has been transferred to people in the context of work. Resilience does not only mean recovering from adverse events, but also implies returning to an original state, as if those events had not left any tracks, like a disease from which one recovers, or an injury which heals. In reality, though, we know this is not the case. First of all, it's not even true for materials. Often those who use the concept of resilience associate it with the image of a ball that maintains its form despite being subjected to pressure. Yet in all professional tournaments, whether they involve tennis, soccer, or volleyball, balls break and become deformed, and they are often replaced. In the case of people - but also organizations - not all negative events have the same intensity: there are injuries that leave scars, diseases that can damage some organs or vital functions. It is important to reflect on another point, though. In work environments, what are these hypothetical adverse events which we must be prepared to have bounce off of us? Where do they come from? What or who is the cause? And what systems of prevention and protection are offered to us?

The concept of mindfulness is strictly associated with that of resilience. If we compare their spread on Google Trends, we see that the two words are strongly aligned in terms of time growth, almost to suggest that they are two sides of the same coin. Mindfulness is a meditation technique developed starting from the principles of Buddhism, based on the principle of awareness and attention to the present moment, and is useful to reduce stress and increase the efficacy of control and self-regulation of emotions. There are many companies that have introduced this technique in the workplace, and mindfulness is now used indiscriminately to calm down children, reduce stress for airline pilots, or give a mental advantage to leaders of businesses or hedge funds. As stressed by some critics,[3] in many cases it is a process of commodification of a technique that instead of liberating people, helps them to adapt to the very conditions that are at the root of their problems.

Similar to resilience, we face stress scenarios here as well. And while it is true that in the case of mindfulness some techniques are provided to overcome them (concentrate on the present, the here and now), the underlying perspective is the same: go beyond the past, or perhaps even forget it. All we have to do is close our eyes and concentrate on our breathing, or as suggested by some of these techniques - eat a grape very slowly. But the past is important, and it is proper that some events change us and don't leave us necessarily the way they found us. This is called experience, and learning from mistakes. Responsibilities and solutions cannot or must not always be left to single individuals. It's as if in both concepts stress were a fact to live with, an element of the context that cannot be eliminated, and in which all of the phenomena of burnout associated with it also did not have a social cause (or one coming from within organizations themselves), but only individual solutions to allow for going forward. The risk is that the concepts of resilience and mindfulness resemble what was described in a recent successful television series - Homecoming - in which some soldiers returning from war were given drugs allowing them to forget the traumatic events they had experienced and thus make them operational again, so that the past investments in their training can continue to provide results for a greater period of time.

This does not mean that the positive aspects highlighted by the two concepts are not valid. It is undoubtedly important to overcome traumatic events, as is the search for psychological wellbeing and equilibrium in the workplace. But these are not new ideas, and dangers can often lurk behind the facade of good intentions. Behind self-help techniques such as mindfulness there can be tools of self-discipline like resilience that de facto legitimize the source of the very problems they are called on to resolve. So some labels are like Trojan horses, or better still, like viruses that spread and can indeed change the destiny of those who are infected, even irreversibly.

The dossier of this issue is dedicated to Africa, a continent which is so close, yet in a certain sense so far. A continent that contains very varied situations and contexts, some that are very advanced in which consumers and businesses move at higher levels than we are used to (for example in electronic commerce and the development of telecommunications or the agricultural sector); and others that are decidedly backwards and marked by underdevelopment or extreme poverty. Our eyes are often aimed east, to China. Yet Africa is very important for our future (China realized this some time ago). This is why we have decided to give the dossier the title of "Our Africa," not in the sense of appropriating its resources (as has often happened, and still does), but as destiny, that for the most part is common. Enjoy the reading!

The term resilience is also very common in economics. A simple search on the website of the International Monetary Fund-IMF indicates 10,823 documents that contain the word. 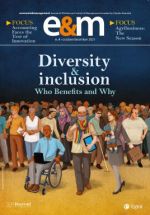 di Basaglia Stefano On an organizational level, some interpersonal conflicts can be managed by working on how identity is expressed and interpreted; for conflicts that regard encounters/clashes between the identity of single ...