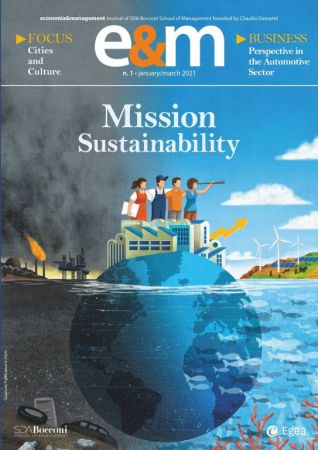 During the course of recent years, a view has taken hold that has gradually shifted the attention of businesses from shareholders to stakeholders, both inside of companies (workers) and outside as well (civil society). Businesses have taken on additional responsibilities and aims with respect to purely financial goals, extending their range of action to activities directly or indirectly linked to their business, in part providing assistance for functions performed by the state. However, business leaders and managers cannot take the place of public administrators, because the state is not a business, and cannot be treated as such.

Fifty years have passed since the Nobel prize winner Milton Friedman wrote that "there is one and only one social responsibility of business—to use its resources and engage in activities designed to increase its profits so long as it stays within the rules of the game, which is to say, engages in open and free competition without deception or fraud."[1] To summarize, businesses deal with profits, and the rest should be left to others. In recent decades, this view has been gradually abandoned. In a recent survey,[2] only 15 percent of respondents agreed with Friedman's position, with some significant differences between the representatives of business (11 percent) and investors (24 percent). In any event, it is a minority position. Over time, a view has taken hold that has gradually shifted the attention from shareholders to stakeholders, both inside companies (such as workers) and outside of them as well (such as civil society). Businesses have taken on additional responsibilities and aims with respect to purely financial ones, extending their range of action to activities directly or indirectly linked to their business.

This shift has undoubtedly stimulated and favored the demands of social and civic movements. Think of environmentalism and the green policies adopted by many enterprises, or the civil rights movement with regard to discrimination against various persons (women, LGBTQ+, ethnic minorities, etc.). Under pressure from consumers and their own employees, businesses have thus adopted some social causes, often even before the same demands were accepted by single countries and legislation. There are also a growing number of examples of activism by CEOs themselves (for example, Tim Cook of Apple and Howard Schultz of Starbucks) who personally intervene in the debate on some of these issues, with strong and clear positions that directly condition the businesses they lead. We thus find ourselves facing a very different landscape than the one imagined by Friedman. Businesses are no longer only economic subjects, but are fully considered social subjects, "citizens" that have a direct responsibility towards the society to which they belong (known as CSR, or corporate social responsibility). And as such, businesses are now amply recognized, and the degree of trust in them (57 percent in Italy) is higher than for non-governmental organizations (49 percent) and for the state (41 percent).[3]

Despite the trust in business, many perceive a gap between the intentions indicated in corporate communications and the resulting actions. Indeed, only 13 percent believe that there is full consistency between the social responsibility that is declared, and what is actually practiced, while 43 percent think that there is none at all.[4] That position has even been expressed by representatives of the companies themselves. In this regard, the assertions of Anita Roddick, founder of The Body Shop, one of the first, and foremost companies that made social responsibility an imperative, are still illuminating, more than ten years after her death: "I think that CSR is not working. It has been captured by the large consulting and communication multinationals. It is in fact an enormous business opportunity. When this corporate social responsibility movement was born, I was able to contribute to it directly. It was an alternative perspective that brought together progressive intellectuals, managers, philanthropists, and above all social movements. It was a completely different architecture than the current one, in which the focus was on society and how we could participate responsibly as companies, and not how social responsibility was a business opportunity for them. The truth that nobody wants to discuss is that if social responsibility conflicts with profit, companies always prefer the latter."[5]

So is it simply an opportunistic construction of a facade? Not necessarily. The annual reports of all companies now have a section dedicated to CSR which describes many laudable actions that are concretely undertaken. The problem is that these are single initiatives whose direction may be correct, but that collectively are unable to make significant steps forward, and thus the problems remain. Some believe that the cause resides in the overall system in which we are currently stuck. Any change we make within these boundaries is thus limited.[6] This is not an original position, but the new element is that it emerges within entities that are an expression of the system itself, and that occupy positions of great responsibility within it. Marx had already stressed that capitalism represents an economic and social system that eludes control by the capitalists themselves, who are prisoners of a structure they contributed to building (although they are undoubtedly more privileged than the proletariat). The difference is that now the companies themselves, and those who lead them, have developed consciousness of this situation.

In a recent survey conducted globally,[7] 56 percent of those consulted (43 percent in the United States, and 61 percent in Italy) believe that capitalism creates more harm than benefits. Thus the need to reconsider its architecture and functioning is as relevant as ever. The problem, as highlighted by the radical English theorist Mark Fisher, is that the dominant ideology has spread the conviction that no alternative exists to the current system.[8] How can something be changed if there are no other options? The fact that businesses replace the state in terms of social responsibility may not be the right direction. The fundamental point is not in fact the individual behavior of single companies, but the results that are obtained collectively. Society as a whole is represented by the state, and not – as also stressed by a recent issue of the Economist[9] – by companies and managers who are not elected and thus cannot legitimately represent it. In many nations, the political and administrative class also may not be up to playing this role, but the solution is to have better politicians and administrative personnel. Business leaders and managers cannot take their place, because the state is not a business, and cannot be treated as one. Perhaps Friedman wasn't wrong: businesses should do what they were created for, respecting the rules that are and must be imposed by others. And if they want to be responsible towards society, then instead of replacing the state, delegitimizing it and dismantling it, they should support it to ensure it is increasingly effective. Because – to paraphrase the verses of a song – we are the state; nobody should feel excluded from its construction and participation, not even business. It is from joint collaboration between different subjects that promising new perspectives and results can be developed. In this regard, the issues of sustainability and corporate sustainability, the subject of the Dossier in this issue, represent an interesting testing ground. Enjoy reading!

"The social responsibility of business is to increase its profits", New York Times Magazine, September 13, 1970.

"Covid-19 and inequality: A test of corporate purpose", cit. 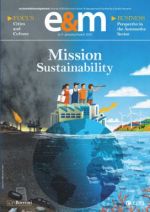 di Misani Nicola The purpose of a business consists of setting a concrete goal that has a social, ethical, or cultural meaning for society in general, that goes beyond financial performance. B Corporations and Benefit ...