What GDP for culture

The wealth generated by the sector depends not only on direct economic results, but above all on the wealth activated around, with, and drawing on cultural heritage.

On October 7, the results of two studies were published that deal with the issue of the relationship between cultural heritage and wealth generation: the second edition of the Cultural and Creative cities monitor, published by the Joint Research Centre (JRC) of the European Union, that compares 190 cities in 30 European countries,[1] and the Boston Consulting Group study on autonomous national museums, their results and their impact in the first years of their institution after the Franceschini of 2014.[2] The essential message that reached public opinion from the two studies is that state museums produce 1.6% of GDP. A few weeks earlier, in Matera, Confindustria organized a conference entitled: "Culture, Community, Business: the Values of Europe."[3]

These are three important aspects, subject to different investigations and very different methods and levels of disclosure, but with some points in common on which to reflect:

There seems to be little to say on the first few points, in my view. I don't see how it is possible not to look at cultural organizations as economic operators as well; any type of organization that aims to survive over time (whether a family or a non-profit) operates with constraints on resources to reach its goals (whether they are economic or non-economic) and contributes to producing wealth in the ways it can. The quantity and quality of wealth produced depend on many factors: from the initial investment, the competences available, the presence of a favorable regulatory context, the attention of the various interlocutors with which the organization enters into contact, and the ways the product value is redistributed among those who contributed to creating it. The specificity, the exception which is often mentioned when referring to cultural organizations, is not due to their not acting in conditions with constraints on resources, but to the fact that the mechanisms of creation and distribution of wealth are idiosyncratic, path dependent, and often not subject to efficiency improvements - for example through the use of new technologies – unless they risk a distortion and consistent loss of value. One of the languages of contemporaneity is economic language (by now the "spread" between German and Italian bonds is discussed at every level of society) and it is not possible for organizations that by their nature construct the image of contemporaneity to make the past current but not face the language of their time.

The other two points seem much more delicate and problematic. A reading of the meager presentation on the impact of state museums clearly shows that the 1.6% of GDP estimated to be generated by museums is mostly wealth produced around state museums. It is wealth activated by the unique nature of the cultural heritage and that reverberates in different directions for a long time, involving public and private actors, in turn drawing off their vitality. In 2017, the 32 autonomous museums indeed generated 222 million euros in direct revenues from visitors; to make it to 1.6% of GDP it is not enough for museums to be a destination for visitors (wealthy foreigners from far-off countries who stay in our country for a long time, so as to increase the multiplier effect). Even supposing we know how this number is calculated, it still seems very low to me personally, both for the ability of state museums to self-finance, and for the ancillary economic activities generated. And unfortunately, the way in which this GDP is generated is not very sustainable: it is too concentrated in a few locations, a few periods of the year, and allows for redistribution of wealth to only a few actors. In order for the percentage to grow - and to be recognized as realistic, as a source of pride for the country, as stimulus to invest first of all as recognition for the quality of the cultural work carried out by the museums - it is necessary for each of the museums to interact with the world of research, universities, networks of businesses in various sectors (from the restoration process to digital activities for the enhancement of collections), with the world of associations, and with cultural and creative sectors. It is also necessary to create formal and informal networks at the local level with public and private actors. The system of indicators proposed by JRC at the territorial level seems to go in the direction of suggesting measures of shared results. The process has just begun; it is very promising, but also not easy to carry out. The regulatory system at the national level is going in that direction. Some regions and municipalities are developing projects and initiatives strongly oriented towards collaboration and development linked to culture, and some cultural organizations have accepted the challenge and are getting prepared. I expect that the world of culture will have much to say in terms of innovative structures of governance; the contrast between institutions and cultural enterprises has been broadly overcome by events. There are three aspects to the challenge: 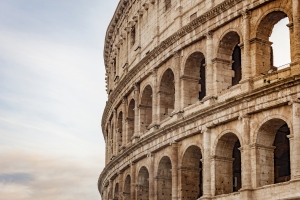