Patronage is the Right Path

In the period of profound transformation we are living through - the development of new technologies, our bombardment with information, the environmental crisis, the phenomenon of large-scale migration, and economic challenges - the man of the new millennium is experiencing a moment of deep disorientation, of which art is an accurate reflection. In what way?

In the period of profound transformation we are living through - the development of new technologies, our bombardment with information, the environmental crisis, the phenomenon of large-scale migration, and economic challenges - the man of the new millennium is experiencing a moment of deep disorientation, of which art is an accurate reflection.

In what way? The change in languages, the innovation in the way of using art works and their pervasiveness in our daily life, have certainly made art more ambiguous, uncertain, and versatile. Yet at the same time, many of the great changes that have occurred in recent years were first sensed by artists, who for example, recognized well ahead of time that the scenario of communication was changing.

In a historical period in which each person tends to develop heavily specialized competences (with the consequent loss of leadership ability; if you're skeptical, just open a newspaper), contact with art represents a useful and demanding exercise to learn to think more broadly, to recognize nuance, to develop a sense for change. And if until now the disorientation of contemporary man opened up opportunities to view reality with new eyes, today the distressing lack of shared proposals regarding the great challenges of our time urges us to find new paths. What contribution can patronage bring to this debate?

Some figures can be useful to explain the entity of the phenomenon.

In Europe there are 147,000 foundations that provide 60 billion euros a year in funding (European Foundation Center, Donors and Foundations Networks in Europe), to which we must add individual philanthropy, a phenomenon that has been growing strongly around the world. If we look at Italy, philanthropic donations amount to 7.2 billion euros in terms of individual donations, and 1.88 billion euros for foundations and enterprises, for a total of 9.1 billion euros per year[1]. The aggregate data for the art and culture sector does not exist yet, but a series of studies, including the Symbola/Unioncamere report of 2018, suggest the presence of an uninterrupted link between the world of philanthropy and the world of production and dissemination of culture.

With the goal of improving the management of cultural and creative enterprises, in addition to enhancing the role of artists and cultural professionals, a new European Union funding program was recently launched, "Creative Europe (2021-2027)," with a budget of 2.8 billion euros (literally double the previous program).[2]

This is the overall framework for the activities of patrons of the arts and foundations, which in recent years have succeeded in promoting not only the transfer of wealth in the field of arts and culture, but above all the transfer of competences and relationships. The patron of the 21st century is an innovator, and sees patronage as that particular section of the economy in which to support and create social innovation, promoting scalable and sustainable projects. This is the direction followed by Italian bank foundations, for example, whose institutional activity in the sector has regarded 7,378 interventions, for total resources of 255.9 million euros[3].

The severity of the market requires new managerial figures able to lead an average associate to above-average performance, to recognize in advance the trends that will influence a sector, to develop responses that are balanced from a financial standpoint, but still innovative, and to formulate a strategy to be imposed on the company and give it recognizable features, that inspire trust in clients. This is precisely the aspect patronage acts on, spreading cultural value that supports the renewed need for creativity, flexibility, and the ability for vision.

In essence, contemporary patronage helps identify the soul where organizations are called on to produce value.

[2] With the "Creative Europe" program, from 2014 to date, more than 2,500 projects have been funded for a total of approximately 492 million euros. Italy is in fourth place after France, Germany and the United Kingdom, with 180 projects and 41.2 million euros received. 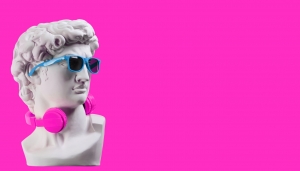