An Industrial Plan for Culture?

If we wish to think of Italy as a "cultural great power," it is essential to recognize the centrality of cultural organizations (museums, theaters, libraries, universities, etc.) in the production of knowledge. Moreover, in addition the widespread application of new technologies to our artistic heritage (from robotics to machine learning, to virtual reality), it is indispensible to expand the area of creation of economic wealth to the construction of the contemporary imagination.

With the inauguration of the new government led by Mario Draghi, attention now turns to the National Recovery and Resilience Plan (PNRR),[1] the document that will guide the allocation of public resources in the coming years, and that – in terms of quantity of resources and speed of effort – is destined to have a very significant impact on the growth model pursued by our country.

The Prime Minister's reference to Italy as a "cultural great power," and the role of culture not simply in terms of attracting tourists but of a "humanistic heritage of our identity recognized at the international level," point the way towards a possible path for the realization of a new model of development.

The PNRR deals with the compound areas of culture in two ways:

On paper, much can be done, especially if at the local level culture is used to develop an integrated strategy, for example leveraging the resources to strengthen digital skills in the PA or energy efficiency in public buildings.

If we really want to think of Italy as a cultural great power, it is certainly very important to develop an industrial plan for culture, that gives new meaning to some of the words used (and often abused) in the cultural field.

First of all, we cannot think of an industrial plan if we don't start from research, and if we don't recognize that cultural organizations also produce knowledge. The Egyptian Museum of Turin, for example – although it is certainly not the only one – is demonstrating that the preservation of artifacts is not an end in itself, nor an activity exclusively aimed at exhibiting objects from the past as in a Wunderkammer. On the other hand, the relationship between new technologies (from robots to machine learning, to virtual reality) and human relationships is a very promising and necessary area of research in many sectors: cultural heritage could be an extraordinary training ground on which to create new knowledge to also apply in different areas of production.

The experience of visiting our extraordinary monuments can be enriched and organized differently, but it is necessary to look at our heritage with less of a view borrowed from the 1800s; and thus we should welcome resources for the digitalization of cultural heritage, as foreseen by the PNRR. And what shall we say about the relationship between many hi-tech businesses and the exploitation of certain elements of intellectual property on international markets? Have Walt Disney and Assassin's Creed not taught us anything? And doesn't the fact that Brexit has opened a window in the European Market for audiovisual content represent an important opportunity?

This leads us to the next step: an industrial plan inevitably requires imagining the productive repercussions of investments. In the past, the debate on the possibility for the worlds of culture to create economic wealth focused on the culture-tourism relationship; perhaps the time has come to explore other forms of relationships, for example recognizing that the wealth and spread of our cultural heritage, combined with strong attention for its preservation, have produced the growth of a series of highly-specialized operators in the sectors of renovation of antique buildings, restoration, the production of construction materials, the use of scanning technologies, and the mapping of antique objects (from mummies to buildings). The 3D reconstruction of the Notre Dame cathedral recently made the news, but it is not only the prerogative of the French; ironically, the press mentions that the person responsible for the project is an Italian who has worked in France for many years.

An industrial plan inevitably puts the focus on the possibility to create jobs and update skills; a year of the pandemic has brought to light the difficulties, problems, opacity, and unsustainability of various categories of cultural workers (starting with artists) and the need for the professional categories with stable employment to enrich and contaminate their store of skills. It is not only a problem of equity and sustainability, but also of the possibility that the mechanisms that distort labor markets inevitably lead to self-selecting only people able to absorb the risks linked to inadequate remuneration, through their family income. One consequence of this is the inevitable partial representation of society offered by the worlds of culture and a consequent disinterest on the part of those who do not feel represented.

Lastly, a year of closed cultural sites has a strongly negative effect on the public and on cultural consumption. While we reflect on how to reopen culture markets and how to attract the tourists who come from both far and near, it is necessary to reflect on how to revitalize the historic alliance between the world of culture and the world of education and training, and how to combat the various forms of abandonment and exclusion.

[1] The complete text is available on the site of the Prime Minister's Office – Department for European Policies: http://www.politicheeuropee.gov.it/it/comunicazione/approfondimenti/pnrr-approfondimento/. 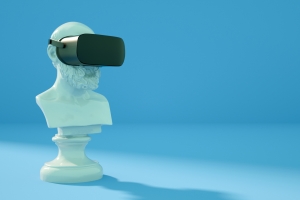