When Becomes Important not only to Solve the Former, but also Recognize the Latter

To improve, it is necessary to recognize one's mistakes. This is a basic, simple principle that we all learn when we are children, for example while at school: when you make a spelling mistake in a dictation, the teacher highlights it in red. Here you made a mistake, don't do it again. And it doesn't matter if out of a hundred words, seventy were right. You must concentrate on the thirty that you got wrong. We have all been there, yet it seems that many forget this simple principle.

The events of recent weeks have tragically highlighted the fact that many errors have been made. We see this in the number of deaths, the number of people who have not received adequate assistance or who received it late, and the lack of equipment to deal with the emergency (ventilators and masks). And we need to recognize that the hardest-hit region, Lombardy, is also the one which in theory should have been the most advanced, the one with the most resources to react.

What we are seeing clashes with the image we had of Italy as one of the best health systems in the world, and of Lombardy as one of its most advanced parts. There is no question that we are living through an exceptional event, and everyone can see that many other countries have also been overwhelmed and were not prepared (consider the United States or Spain). Yet we started not only from a situation of (presumed) superiority, but also earlier than all other Western nations. If it is true that our health system is better than that of others, if it is true that we recognized the gravity of the event and introduced dedicated structures and task forces with daily meetings and introduced restrictive measures before others, then why has the coronavirus had such a devastating effect for us, much more than in other countries that unlike us, initially underestimated the problem? To answer that we are unlucky - as some unfortunately suggest - indicates two things: 1) de facto, we were not ready; and 2) if this is our response, then we will never be ready.

It is disconcerting to reread certain passages on the plague in The Betrothed and realize the many Italian citizens have found themselves in the same conditions today:[1] "And while, in two or three parts of the city, some of the most destitute and reduced were raised from the ground, revived, recovered, and provided for, for some time, in a hundred other quarters, many more sank, languished, or even expired, without assistance, without alleviation."[2] Our health system has had to face the emergency relying on the enormous sacrifice of doctors and healthcare personnel in conditions of extreme lack of materials and personnel. When people are forced to perform "miracles" with the resources available, it means that the system was not ready. The lack of materials, from more complex items such as ventilators to simpler ones such as masks, also shows that the country with the second largest manufacturing base in Europe after Germany was not ready to respond rapidly to demand. This took place in part because coordination was lacking at the government level, in part because of the difficulties in reconversion of the production system, and in part of the outsourcing of many activities to other nations has led to a loss of skills that cannot be rapidly reacquired. Producing masks according to the necessary quality standards has been proven not to be as simple as expected (98 percent of prototypes do not pass the test).[3] And in addition to quality, there is in any event the issue of the quantity we are able to produce.

One of the greatest problems, though, has regarded communication. During an emergency, proper communication is essential. On this point, there has been a disaster at all levels. Institutions that first sound the alarm, then downplay, then sound the alarm again, and wonder why citizens are confused; mayors of important cities who, together with merchants and business associations spread short-sighted messages of a return to normality after other towns in the same region have already been affected and have suspended commercial activities; a lack of coordination between the national government and regions; news shows that host people who have no authority to express evaluations of the epidemic and experts who - based on scant, incomparable data - express judgments without any scientific basis; and a desire to be at the center of attention by people who instead of managing the emergency, rush to be on TV shows. In all of these cases we should have followed "the method which has been so long laid down, of observing, listening, comparing, and thinking, before speaking." But as Manzoni reminds, us, "speaking is so much easier than all the others put together, that even we, I say, we men in general, are somewhat to be pitied."[4]

Beyond this proliferation of channels of communication there are some tools (such as text messages on cell phones) that have never been used to spread messages of national or regional interest. Often, in cases of emergencies or calamities, information for Italian citizens abroad is transmitted by text message, and the crisis units of the Ministry of Foreign Affairs has been authorized for some time now[5] to instruct telephone providers to send out text messages with useful information in emergency situations, even without consent. In the case of Covid-19, a tool was not used that could reach the majority of the population (even those who don't watch television or read newspapers), including based on localizing people in certain well-defined geographic areas. When - before the national lockdown - many people (often the young) continued to go out and act normally, this tool could have been useful. And perhaps it could still be useful to send warning messages to those who move to cells far from their original location.

Unfortunately, this is not only a period of "great evils," but also of "great errors," and as Manzoni again reminds us, "assuredly there were both one and the other beyond what can possibly be imagined."[6] Once the former have been alleviated, we must reflect on the latter, and we must do so promptly and clearly. Too often, once an emergency has passed, we rejoice and forget the errors and responsibilities. And those who insist on facing them are immediately accused of wanting to linger on sad events of the past instead of looking at the bright future. It's always the same story: during the emergency we can't raise the issue because the priority is the emergency (let us do our work! it is said), and once the emergency has passed we're not supposed to do it because we must look to the future (let us celebrate, don't ruin the party!). And if we want to face the issue - despite the dramatic evidence of the errors committed - the conclusion is often that "if much meddled with, [it] will only be made worse… or become the causes of a hundred other contentions," so it is better to "suppress it, and cut it short… suppress, and cut it short." [7] Let's hope that here, at least, we won't follow the same conclusions. 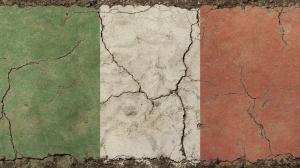