Despite the risk of recession, the current crisis can represent an opportunity for a large change in the organization of work, in offshoring and outsourcing strategies, and the approach to business.

The Covid-19 coronavirus will have a negative impact on Italian businesses. The question is not “if,” but how many will be affected and how strong the impact will be. Just as predictions regarding the evolution of the situation among people are uncertain, the same is true for businesses. Yet there are some differences between the two populations, that of the human race and that of businesses. In the first case (which includes people with clear symptoms, hospitalized, in intensive care, and dead) the contagion fortunately represents a small percentage, while in the second the “contagion” - i.e. the exposure to the negative economic effects linked to the virus - regards the majority of businesses. The true point now, is to understand the course of the crisis, and intervene - where necessary - with the types of treatment available to us.

First of all, applying the same epidemiological perspective, let us try to figure out which Italian businesses have been exposed to contagion, and the mechanisms of transmission. Initially, the businesses affected were all of those that have relations with China, in terms of both supply and demand. At the moment Chinese companies interrupted or slowed down production, the Italian companies exposed to them had supply problems, that in the many cases of inadequate stock, were transmitted to the fulfillment of orders for clients, with a consequent slowdown in payments and a loss of contracts. Likewise, when Chinese clients - whether businesses or end consumers - stopped or slowed production or people were forced into quarantine, thus reducing the consumption of non-essential or superfluous goods (such as those linked to fashion, design, or jewelry), many Italian businesses, especially those that operate in the sectors that distinguish made in Italy production, suffered negative effects. The Italian companies exposed to China were thus affected by a first wave of contagion. Just to give an idea of the order of magnitude, with an overall trade of approximately 45 billion euros (2018), China represents the third-largest importer for Italian businesses (31 billion, equal to 7.3 percent of the total) and the ninth largest in terms of exports (13 billion, 2.8 percent of the total).

The second wave, that is much broader and even more serious, took place when the epidemic hit our country directly, so Italy - the first country in Europe - rose in the rankings of the nations most affected (based on current data, as of March 5, Italy is fourth in terms of contagion among the population and third in terms of total number of deaths). The gradual international isolation of the country initially exposed all of the businesses that depend on foreign tourist flows, an economic segment which in Italy moves approximately 40 billion euros a year. Domestic Italian tourism is also suffering, especially in the most affected regions. Unfortunately, there is an additional effect, that deriving from the slowdown in consumption linked to the measures for containment of the infection and the fear created in the population. The fact that this slowdown has taken place in Northern Italy, the richest area and thus the one with the highest propensity to consume, has further accentuated the negative effects. To provide an example, the restaurant sector in Italy is worth over 85 billion euros a year, and in terms of the number of businesses, Lombardy and Veneto are first (15 percent) and fourth (8 percent). On this front as well, the expansion of the contagion in Italy cannot but increase the negative effects.

While these are the groups of businesses infected to date, the overall negative effect of the coronavirus is called recession. Ultimately, every recession has the characteristics of contagion: it starts in a specific context (such as the American subprime crisis in the 2008 recession) and generally expands globally. Like all recessions, this contagion will also produce sick people - businesses in this case - who will suffer, and also some cases of mortality (few, we hope). How do we treat this epidemic in the case of businesses? Despite the differences between the two populations, the treatment is the same as applied to people, and cannot but be entrusted to the state; because in times of emergency only the state is able to mobilize the necessary resources. That very state that many economics would like to reduce to a minimum, for which Max Weber teaches us that “everyone hates bureaucracy until they need one.”

In every epidemic, contact with the virus - if it doesn’t kill - partially modifies our organism and antibodies develop that allow us to resist against potential future infections. Likewise, many businesses exposed to contagion have already reacted and have already begun to transform: some have changed the organization of work introducing or enhancing smart working or the automation of production plants, while others are rethinking their strategies of offshoring and outsourcing, to avoid situations of excessive dependence on some nations, and others are reconfiguring their online sales presence through more advanced e-commerce solutions. It will be precisely the businesses in the countries most affected - starting with China - that transform the most. Crises are in fact times of great risk, but for those who overcome them, also opportunities for great change; positive change, we hope. 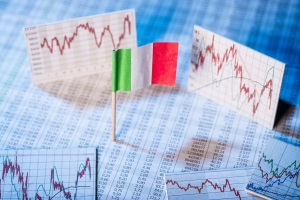