Despite a crisis that becomes more intense every day, our country is showing great social and institutional maturity

On March 7, there were 31,506 cases of Coronavirus (COVID-19) recorded in Italy, following an exponential growth curve. The number of dead is 2,503, with a lethality rate of 7.9 percent. The epidemic is principally affecting Lombardy and the rest of Northern Italy, but there are hotspots present in all regions of the country. This is the worst health catastrophe ever recorded in the history of Italy and of advanced countries since World War II, with dramatic consequences for the social and economic situation as well.

In this phase, the fight against the epidemic is playing out on two fundamental fronts: the reduction of social interaction to reduce the spread of the virus, and the maximum possible strengthening of the capacity of the National Health Service to respond at all levels: from family doctors, who must manage most suspected patients, to intensive care units, which at this time are the tool used to manage the most serious cases.

On both fronts, Italy is giving its best, and the controversies over the limits of the Prime Minister’s decrees or the relationship between the national government and the regions appear more than anything else the result of the inevitable strain due to the efforts required of all of the parties involved. In terms of social interactions, 60 million people are at home, and when they’re not, it is for societal or personal needs, not pleasure. In addition, family networks and solidarity have been activated with donations and activities supporting the weakest, especially with regard to older and isolated persons. Such social discipline shouldn’t be taken for granted. This is why it may be better to strengthen the positive messages regarding the reactions of our fellow citizens and tone down all of the communication aimed at finding episodes of transgression or violation of the rules. Staying home with the fear of getting sick or of losing one’s job or simply earning less money is a natural source of anxiety.

The National Health Service is also showing great maturity: nurses, doctors, and other health care personnel are constantly on the front lines adopting the values and mission of professions focused on caring for others, at the cost of taking significant risks for their own lives. The organization of the system is holding up, with its institutional division between State, Regions, and Municipalities, that unlike what is often thought, is a source of variety and wealth. It is hard to believe that a strongly centralized system would have created better conditions; actually, it would have produced greater distance from citizens, and less motivation on the part of institutional leaders and health care operators. We are living through a very complex situation, and it is not the safety of a strong man in charge that can guarantee functionality and effectiveness. Complex institutions do require the ability of coordination and respect for different roles, but autonomy is an important source of institutional and social mobilization.

However, we cannot deceive ourselves, because the worst is probably still to come. We have not yet reached the peak of the epidemic. The situation of Milan is particularly worrying, as there have been fewer cases than other areas of Lombardy, but the city’s proximity to the original hotspots and its density of inhabitants could make it a reservoir of cases that is hard to control and manage. Likewise, there are worries for the rest of the country, where it is hoped that the low incidence of the virus does not simply reflect a delay in its spread. The message is very clear here: we need to continue to limit social distances, exploiting new technologies to the maximum, and try to do the best we can with the free time we now necessarily have.

A second important worry is the stability of the health system faced with the multiplication of positive cases. Both of the pillars of our system are under extraordinary pressure: on the one hand, family doctors have the very difficult task of performing triage so as to select the best way to treat patients, assessing the gravity of the pathological conditions and filtering access to specialist care; on the other hand there is the hospital network, where the most urgent question is the availability of beds in intensive care and sub-intensive care. According to reliable estimates, the use of the beds available in the Lombardy Region has already reached saturation, and only extraordinary interventions will allow for dealing with new cases in the coming days. The effort here is huge: space, equipment, and adequate personnel must be found in record times; not succeeding risks provoking dozens, or even hundreds, of avoidable deaths. This is where we will see if the institutions at various levels, from local areas to the European Union, are up to the challenge.

Lastly, it is useful to reflect on the economy in general, understood in the broadest sense of the system of transformation of resources to satisfy people’s needs. There are few doubts that the consequences of this epidemic will be harsh. Monetary and above all fiscal policy will have to be used (regarding both receipts and payments), but it will be difficult for these policies to prevent a negative trend in GDP. So the question of what we produce and consume, how, and for whom, will be on the agenda. Just more than 10 years after the Great Recession, we find ourselves faced with a similar situation: a serious systemic crisis. It is time to ask if our economic model and public institutions are adequate for the times in which we live.

Giovanni Fattore is Full Professor at the Department of analysis of policies and public management at the Bocconi University. 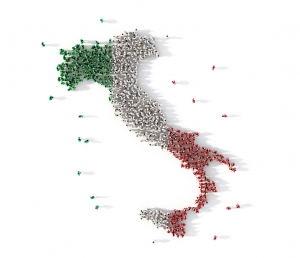