Workplace Discrimination Is Still in Fashion

According to the latest survey by ISTAT on LGBT+ individuals in work environments, almost 3 out of 10 state that being homosexual or bisexual has represented a disadvantage during the course of their work career. The report also indicates that phenomena such as discrimination are underestimated in work environments, where the issue of inclusion is secondary, where attitudes and behavior of aggression or micro-aggression are not socially punished, and where a culture open to diversity is lacking.

The Italian statistics agency Istat recently published a document that presents the results of a study on the issue of workplace discrimination in regard to LGBT+ persons.[1] The survey involved over 21,000 people resident in Italy, who as of January 1, 2020 were part of a civil union or already civilly joined. In the survey, 65.2% declared themselves gay men, 28.9% Lesbian women, 4.2% bisexual women, and 1.7% bisexual men. The people interviewed had a high level of participation in the labor market, they are occupied principally in the service sector, with a subordinate employment contract and a medium to highly-qualified profession.

Almost 3 out of 10 people state that being homosexual or bisexual has represented a disadvantage during the course of their work career (the figure may be underestimated; in fact, the sample is not representative of the population). The survey underscores that this disadvantage is more likely to emerge as the number of people employed in a company increases, and it decreases with the increase of the years of work in the same job. This means that the disadvantage is stronger among youth, who feel subject to discrimination in their path of growth.

An interesting result is that the phenomenon is reported more among people who work/worked in the private sector and in those contexts where a diversity manager is/was present. This could seem to be a contradiction, but it isn’t. As also argued in the Istat document, in these companies there is – at least formally – a widespread culture of diversity and greater awareness of the issue, that helps people more easily recognize and detect forms of aggression, micro-aggression, and discriminatory behavior. On the other hand, in work environments where the issue of inclusion is secondary, where attitudes and behavior of aggression, micro-aggression and discrimination are not socially punished, and where a culture open to diversity is lacking, people could be led to accept and consider those phenomena as normal since they lack the categories necessary for a critical view of the situation.

It is precisely in these work environments – in general – that people tend to conceal their private life. In other words, they make use of the famous “hedging strategy”: for example, 40.3% report having avoided talking about their private life in order to hide their sexual orientation, with a higher rate among women. Moreover, one out of five people (more men than women) state that they have avoided spending free time with colleagues so as not to reveal their sexual orientation.

About one of five respondents say that they have experienced a hostile climate in their work environment, with a slightly higher incidence among women, youth, foreigners, and people who live in Italy’s South. Among homosexuals and bisexuals, 23.1% state that they have been threatened verbally or in writing, and a small minority have been subject to physical aggression (with higher rates among men). On this blog we have already spoken of the pernicious effects (for individuals and organizations) of aggressive work environments.[2]

The environments where the climate is most hostile are those in which micro-aggressions also more easily flourish: according to the survey, 6 out of 10 people have experienced at least one form of aggression (insults, jokes, imitations often relating to the sexual sphere, and often by colleagues at their same level). Four out of ten respondents say they did not react; the others did, including by speaking directly to their superior. Some considered abandoning their job (almost one of out of ten). The survey also highlights the phenomenon of self-discrimination, that is, when a person self-excludes by not submitting a job application or not going to an interview because they think they will not be hired due to their sexual orientation. This percentage rises from 6.3% to 12.6% for those who say that they did not go because they thought the work environment would be hostile. Thus the company’s image in relation to issues of diversity and inclusion is also important. Obviously, employer branding policies are not sufficient, and in any event must be consistent with the climate in the company: it is necessary to actually create an open and inclusive work environment, because word-of-mouth has an important effect on a company’s reputation.[3] 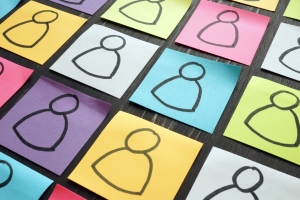