The "New Law" on Pay Parity? A March More Than 40 Years Long

The extension of the obligation to draw up a report on employment and pay of male and female personnel to companies with 50 or more employees – already approved by the Chamber of Deputies and now before the Senate – revives principles already enacted by the Italian legal system in 1977 and reaffirmed 20 years later by the Equal Opportunity Code.

This additional specification seems to allude to the fact that, until now, this obligation has been fulfilled only formally and episodically.

"Hi Mom, do you know that the law on pay parity has been approved? You must be happy…".

In recent days, the headlines of the largest Italian newspapers[2] have placed great emphasis on the news of the current approval of the law on pay parity. In reality, the law on pay parity was passed in 1977: thanks to Minister Tina Anselmi, the Parliament approved Law 903/1977, that for the first time – implementing a constitutional principle – established the full right of women to receive the same pay as men, for equal work.

After the headline, in the articles, there is an explanation of what actually happened on October 13, 2021: the Chamber of Deputies unanimously approved the bill that seeks to amend the Equal Opportunity Code of April 11, 2006, No. 198.

It was thus in 2006, 30 years after the approval of Law 903/1977, that the Equal Opportunity Code introduced the obligation for companies with more than 100 employees to draw up a report, at least every two years, on the situation of male and female personnel in terms of employment and pay. If the current bill is passed by the Senate as well, it would introduce an extension of the obligation to all companies with 50 or more employees. The report on the remuneration of a company's workers would also become public (i.e. available for consultation by all stakeholders: unions, workers, inspectors, etc.) and failure to publish the report, or publishing an incomplete report, would be subject to sanctions; on the other hand, the most virtuous companies would obtain a parity certificate and tax incentives.

Modifying the size limit certainly entails an expansion of the number of companies required to communicate data on their employees by gender, and likewise, the introduction of penalties could constitute an additional stimulus for compliance. The expectation is that the extension of the obligation will create greater transparency and that such transparency will be the most effective guarantee to pursue gender equality, as has happened in other European countries.[3]

As far as we're concerned, we are talking about extending an obligation established by the Italian legal system more than 40 years ago and reaffirmed 20 years later by the Equal Opportunity Code. And this additional specification in 2021 seems to allude to the fact that, until now, the obligation has been fulfilled only formally or episodically. But are we sure that these arguments (the pay gap) and these tools (reporting) are the most effective to close the gender gap in our country? In relation to the pay gap, we have already written on this blog[4] that this indicator, although important, principally informs us of a structural asymmetry in the labor market. So talking about the pay gap can be effective, especially as a media tool, but at the same time it risks diverting attention from the substance of the problem. On the issue of non-financial reporting, would it not be more effective to work on the reporting requirements already present for companies and their boards of directors (sustainability reports, non-financial reporting, gender budgets) rather than introduce something new? In other words, reporting requirements are good, but the risk is that excessive production of bureaucracy could weigh down the operations of companies and make this action a pure formality.

[1] This is the actual dialogue that took place at dinner with my 25-year old daughter on Friday, October 15. 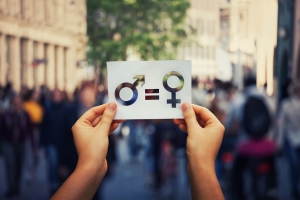