A Workplace Without Harassment

As has already taken place on a social level in the wake of #MeToo and #WeTogether, the action to combat any form of violence or harassment in the business world must also shift from the individual to the collective level, adopting policies able to involve various levels of organizations. As demonstrated by various studies, in aggressive workplaces there is an increase of absenteeism, a fall in motivation, a reduction of productivity, the deterioration of relationships between workers, an increase of turnover, and lower perceived levels of empowering leadership and equity.

This year, Italy ratified the Convention of the International Labor Organization (ILO) on the elimination of violence and harassment in the world of work (Law 4 of January 15, 2021). The convention had been adopted in Geneva on June 21, 2019.[1]

According to article 1 of the Convention, "the term 'violence and harassment' in the world of work refers to a range of unacceptable behaviors and practices, or threats thereof, whether a single occurrence or repeated, that aim at, result in, or are likely to result in physical, psychological, sexual or economic harm, and includes gender-based violence and harassment."

The Convention protects all of the workers who perform their work both through presence in the workplace and connected through IT technologies (article 2). The other articles of the Convention highlight the fact that each state commits to adopting a comprehensive approach to combat the phenomenon (article 4) and a set of policies for prevention and awareness, taking into account violence and harassment (and the associated psychosocial risks) in the management of occupational safety and health (article 9).

The ratification of the Convention can in part be interpreted as the result of the mobilizations of women against violence; not only of the #MeToo movement,[2] that in Italy does not seem to have caught on much, but also of the mobilization(s) of other groups, among which the most important is Non Una Di Meno. In 2016, this movement added to the #MeToo movement the #QuellaVoltaChe campaign and the hashtag #WeTogether in an open letter to Asia Argento, which reads: "#MeToo, the story of the harassment I have suffered; #WeTogether, the story of the solidarity and collective resistance that developed around me."[3]

The message sheds light on an important change of perspective that shifts the action from the individual level to the collective level, that is, interpreting the problem as the outcome of a structural inequality and seeking the solution through broader political action. This approach is central for businesses as well, that must work to combat discrimination and construct an inclusive work environment. To do this, it is necessary to abandon a sporadic approach based on the actions of individuals, and adopt one that engages various organizational levels and combines the adoption of policies and practices of "diversity and inclusion" with broader actions promoting an environment that disincentivizes any form of violence or harassment.

The Italian National Institute for Insurance against Accidents at Work, INAIL, recently published a brochure entitled "Recognize to prevent the phenomena of harassment and violence in the workplace,"[4] a guide that can help companies and employees recognize and combat phenomena of violence/harassment. Moreover, the document stresses that the potential consequences of an aggressive environment are the increase of absenteeism, a fall in motivation, the reduction of productivity, the deterioration of relationships between workers, and an increase of turnover.[5] That's not all: in one study conducted in 2016[6] it was found that the companies whose work environment was perceived as "high-risk" in terms of aggressiveness had lower perceived levels of empowering leadership and procedural equity than companies classified as "medium-" and "low-risk." The phenomena of violence and harassment are not only detrimental to dignity, but toxic for organizations as well.

[2] MeToo is a spontaneous movement born in 2017 to combat harassment and violence against women especially in the workplace. In particular, it began following accusations of sexual violence made by some actresses against the film producer Harvey Weinstein. The hashtag #MeToo, tweeted by the actress Alyssa Milano, spread rapidly and widely on social media. 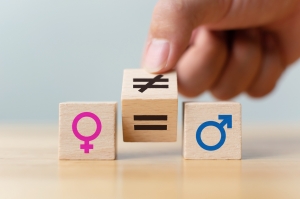