Against Discrimination, In Favor of Differences

From the recent campaign by Coop supermarkets to promote gender equality and combat disparities, to the polemics on gender in the language of professions triggered by Beatrice Venezi on the stage during the Sanremo Music Festival: what is missing is attention to not neutralizing differences in the name of equality.

On the occasion of International Women's Day, we want to discuss two cases: the campaign by the Coop supermarket chain on gender equality, and the issue of gender nouns in professions raised by Beatrice Venezi during the 71st Sanremo Music Festival.

Let's start with Coop, one of the most important players in Italian large-scale distribution, that has launched a campaign entitled "Close the Gap. Let's reduce differences," with the goal of "promoting gender equality for women and combatting disparities."[1]

The campaign consists of four actions: "For true equality: action"; "to change culture: education"; "to reduce VAT on sanitary napkins: petition"; and "to create more virtuous behavior: rewards." This campaign has both positive and negative aspects. Let's start with the positive ones. It's important that a large organization like Coop has decided to launch an educational program for all of its employees; and it is just as important that it has decided to involve its suppliers in this campaign and its actions (for now, the suppliers of Coop-brand products), because this involvement can generate resonance within the Coop inter-organizational network, leading other organizations, perhaps of small and medium size, to start addressing the question of diversity.

Now, the problematic parts. First of all, the campaign's claim contains a semantic error, in my view. The goal of diversity management policies and practices should be to combat discrimination, not to reduce differences. It is possible that the intention is to reduce differences in treatment, because the description of the goal has a clear reference to "disparities"; but the claim is important, and something didn't come out here, we could say. It is important for differences not to be neutralized: rather, the goal is for people to get used to them, so they don't turn into stereotypes, prejudice, and discrimination, limiting their expression and the access to management positions and roles, or preventing certain types of work experiences.

A second mistake regards the reference to the composition of Coop's own workforce. The campaign states: "70 percent of Coop employees are women, over 44 percent of the Board of Directors members are women, over 32 percent of management roles are held by women, and women make up more than half of local volunteer members." It is striking that only 30 percent of employees are men. This figure indicates that something isn't functioning in the hiring process, in the construction of jobs and/or the construction of the professions that characterize Coop. On this front, in order for there to be actual equality between the genders, in the future Coop should try to reduce the percentage of women and drastically increase the percentage of men. As regards the BoD, there is a relative balance between women (44 percent) and men (56 percent). However, there is an imbalance in management roles in general (32 percent women vs. 68 percent men). In this regard, Coop recognizes that "the road to true equality is still long." But it's not clear what "true" equality is; is there such a thing as "false" equality?

To conclude, Coop's campaign is certainly commendable, but it would have been better to be more careful with certain details, that can represent the difference between rhetoric and substance.

Let's move on to the second case. During her intervention at the recent Sanremo Music Festival, Beatrice Venezi asked the hosts to call her "orchestra conductor," without using the feminine form in Italian, with this argument: "For me what counts is the talent and preparation with which one performs a certain job. Professions have a specific name, and in my case it's orchestra conductor."[2] This statement triggered a wide-ranging discussion in the media: some in favor, some against, some who posed the question in terms of language, others in terms of power, and some who saw it as an opportunity to criticize political correctness. I won't go into the merits of all of these positions, but I want to emphasize that, as already pointed out in regard to the initiative taken by Coop, differences are important and we don't need to hide them: so I think that it is not correct to limit the profession to the masculine noun; a man who identifies as such can use "orchestra director" (direttore), while a woman who identifies as such can use "orchestra directress" (direttrice). In the case of schools and universities in Italy, for example, we use professoressa and professore, studentessa and studente. At hospitals nurses can be infermiere or infermiera, doctors dottore and dottoressa. On television, there are conduttori and conduttrici, and we could go on. We have to get used to considering professions as masculine and feminine. As equality gradually spreads, we will no longer pose the question. 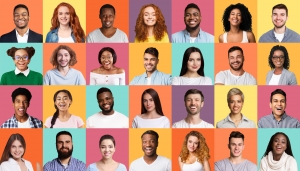