“We the people”: An Inclusive Leadership Perspective

The speeches of President-elect Joe Biden and Vice President-elect Kamala Harris have given us an image of a nation attentive to diversity, and thus working to create the conditions that allow all people to live and work expressing themselves and their abilities to the fullest.

In this year that is so difficult for everyone, the recent presidential election in the United States could represent a glimmer of light and hope. The union between President Biden and Vice President Kamala Harris, apart from their political affiliation, represents a symbol of inclusion and sharing. First of all, the iconic image of a white man with a certain seniority and a younger woman of color joined together proclaiming victory stresses how each gives the other strength. It is an image that recalls how the integration of male and female, and of differences more in general, can generate a world in which it is possible to be loyal to oneself without putting on a mask to be accepted.

The personal biographies of both show figures who are versatile and anything but conformist.[1] Their lives could resemble the experiences of many, in which the combination of pain and rebirth, passion and defeat, exclusion and integration overlap in a plot that is hard to predict and not predetermined. Moreover, Kamala Harris will go down in history as the first woman, and the first Indian-American woman, to become vice president of the United States, a milestone for progress towards equality.

Lastly, the speeches of both were emblematic. An initial analysis of Biden’s victory speech, compared with that of Trump from 2016,[2] shows that the two speeches – by two people with very different political visions – not only address different themes as regards political views (for example the environment versus infrastructure), but also reflect different leadership styles. Trump is more oriented towards action, with a strong personal commitment marked by the frequent use of the first person and references to the need to fight.

Biden is more inclusive, more often lists each single stakeholder, and does not fear using "weaker" words such as care, empathy, compassion, and purpose. Above all, he always uses the first person plural, "we," to the point of stating (in a somewhat rhetorical fashion) that his victory belongs to everyone: "We the people" (referring to the preamble of the U.S. Constitution).

Many have argued that Kamala’s speech accepting the nomination for vice president will go down in history due to the vision of a nation "where everyone is welcome regardless of their appearance, where they come from, and who they love," that is, a nation where it is possible not to agree on everything, but that is united by the certainty that the life of every human being counts and deserves dignity and respect. A nation where people care for each other, and where they face challenges together. Thus the speech proposed inclusion not only as a value, but also as a necessary path. According to the most recent theoretical approaches, to be inclusive it is no longer, or not only necessary, to ensure the numerical representation of the categories in which the social identity of citizens are grouped (gender, age, disability, ethnicity, etc.), but it becomes even more important to create the conditions that allow all people to live and work expressing themselves and their abilities to the fullest. To do this, it is necessary to listen to and interpret people’s needs and stimulate their contribution and participation, as emerges from Kamala’s words. Obviously, we hope that the promising start is followed by concrete actions. 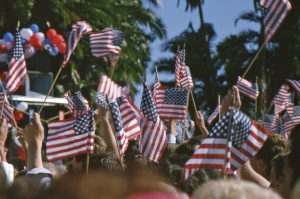