What this Month of LGBT Pride Leaves Us with

June is Pride Month for the global LGBT community. This year, due to the Covid-19 emergency, pride marches were replaced by online events around the world. These events represent the occasion to take stock of the state of LGBT citizens and workers' rights, and from the standpoint of the management of diversity in organizations, to understand how businesses and public agencies have acted on this front. We already presented a general evaluation here in E&MPlus on the occasion of the International Day Against Homophobia (held every year on May 17)[1]. For Pride Month, it seems interesting to examine two cases: one regards Ikea in Poland, the other the law against homophobia in Italy.

In June 2019, an Ikea employee in Poland posted a message on the company intranet in which he criticized the company's gay-friendly policies, and mentioned a quote from the Bible that defines homosexuality as an abomination and urges death for those who commit that abomination. The Ikea Poland HR Manager, given the nature of the message contrary to the company's culture and policies, first asked the employee to cancel the message, and after the employee refused, fired him. The dismissal, however, triggered protests by fundamentalist Christian groups, the Polish Bishops Conference, and the conservative Polish government [2]. Furthermore, in May 2020, the Public Prosecutor's Office of Warsaw accused the HR manager of Ikea Poland of discriminating against workers for religious reasons. The company itself was sued in a civil case by the employee for unlawful dismissal [3].

This case brings attention to important issues for businesses that have adopted diversity management policies. First of all, diversity can generate conflicts and tensions within an organization, both horizontally between workers that belong to different categories (such as between LGBT workers, on the one hand, and religious fundamentalist workers, on the other, as we see in this case) and vertically, between the "values" of the individual (in this case, religious faith that instigates to hate) and the values of the organization (for Ikea, inclusion of all types of diversity provided they do not generate hate and violence). Secondly, global businesses find themselves in a position of evaluating if and how to adapt their global policies to different national contexts, and in this case as well, conflicts can arise between the policies and those contexts, as we see in Poland. This Justice Minister said: "This is a case in which a foreign company is violating the Polish legal system and freedom of conscience and religion"[4].

In this specific case, Ikea's approach was perfect: it defended the values of inclusion against hate and violence, it defended its LGBT workers from someone promoting hate and violence, and it is defending its HR manager from those who defend hate and violence. The company's conduct is in line with that prescribed by the European Union: the Commission recently warned Poland that Recovery Fund resources cannot be used as incentives for countries that discriminate based on sexual orientation and gender identity, or whose policies do not go in the direction of greater integration [5].

In Italy we see a partially similar dynamic with the procedure for approval of the law against homophobia and transphobia, because the opposition to the LGBT community consists of the same groups and organizations as in the Polish case [6]. Italy and its LGBT citizens have been waiting for this law since 1996, when the first proposal was presented by Nichi Vendola[7]. The current bill, sponsored by Hon. Alessandro Zan of the Democratic Party, combines five different proposals[8]. The bill's goal is to combat hate and violence (not simple "opinions") and it would be a useful tool for LGBT citizens, but also for businesses and organizations, that would have another tool to assert their culture in favor of diversity and inclusion. Ultimately, it would allow Italy to be a more modern, better country. Could this finally be it, after 23 years? Enjoy Pride 2020, everyone. 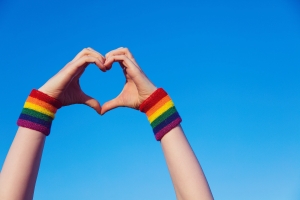