The Long Road of LGBT Rights

The International Day against Homophobia, Lesbophobia, Biphobia and Transphobia has been recognized every May 17 since 2004, to commemorate the 1990 decision by the World Health Organization to remove homosexuality from the list of mental disorders. This anniversary, together with that of June 28 that recalls the Stonewall revolt and the season of pride days, is also the opportunity to take stock of the rights of citizens and LGBT workers in various countries. What is the situation in Italy? With respect to the analyses we conducted in 2010[1] and 2015,[2] the situation has improved; from the standpoint of legislation, the law on civil unions was approved in 2016. As regards businesses, unlike the situation in 2010, they are increasingly active in terms of inclusion and marketing.[3]  However, many companies are still absent,[4] the law on civil unions is not equal to marriage, and Italy still does not have a law against homophobia. Furthermore, when compared with other European countries on the issue of rights, Italy brings up the rear, placing 35th out of 49 countries (it was 34th in 2015); far behind Spain (6th place), France (13th place), and Germany 16th place).[5]

The President of the Republic, Sergio Mattarella, issued an important declaration that we wish to reproduce in full, because it recalls the sense and spirit of this column, that uses the name Article 3:

The anniversary of May 17 has been chosen internationally to promote the fight against discrimination, the battle against prejudice, and the promotion of knowledge regarding all of those phenomena that, through homophobia, transphobia, and biphobia, commit continuous violations of human dignity.

Discrimination based on sexual orientation constitutes a violation of the principle of equality and denies the human rights necessary for the full development of the human person, that are specifically protected in our Constitution and in international law.

The State is responsible for promoting the individual not only as a single person, but also in terms of interpersonal and sentimental relations. In order for this to be possible, everyone must be put in a condition to express their personality and be guaranteed the possibility to construct respect for themselves. The capacity for emancipation and autonomy of persons is closely linked to the attention, respect, and equal treatment received from others.

Working for a free and mature society, based on respect for rights and enhancing the value of persons, means not allowing one's identity or sexual orientation to be grounds for aggression, stigmatization, prejudicial treatment, derision, or discrimination in the workplace or in social life.[6]

The Prime Minister, the President of the Chamber of Deputies and other representatives of the government added their voices to the President of Republic's declaration[7]. So institutional support exists. We hope that this support translates into improvement of legislation regarding the rights of LGBT citizens. As regards the world of work, we note the commitment of the CGIL labor union[8] and the silence of the industrial association Confindustria (no declarations or press releases appear on the association's website or social media profiles). There is still a long road to travel. 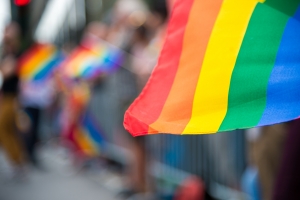