What Happens After Financial Crises

In recent years, the number of banking and financial scandals has grown, creating increasing problems for shareholders, creditors, employees, and other stakeholders, and often provoking a very dangerous domino effect. Scandals such as those of Gamestop, Archegos, Wirecard, Evergrande, Greensill, and N26 Bank have demonstrated that the times of crises are long, confused, and unpredictable, as are the outcomes. For this reason, what is important is not so much the management of a crisis once it has broken out, but rather its prevention beforehand; this requires ideas and tools that are less confused and much more efficient than what we have today.

Despite the progress made by national and international oversight authorities, the number of banking and financial scandals has grown, creating increasing problems for shareholders, creditors, employees, and other stakeholders, and often provoking a very dangerous domino effect. In recent years I have dealt with some of them, such as Gamestop, Archegos, Wirecard, Evergrande, Greensill, and N26 Bank. Those scandals, that have been amply analyzed and commented on in the specialized press, remained in the news for a while, especially in Germany, the United Kingdom, the United States, and China, but in Italy as well, after which a veil was drawn over them and few know how the various situations ended up. I will try to provide some concise information on the subject.

I will start with Wirecard, a very large German fintech company active in the management of payment systems and listed on the Frankfurt Stock Exchange. It went bankrupt following a cash deficit of almost 2 billion euros, produced in part by a vast network of uncontrolled and uncontrollable foreign affiliates. Since the outbreak of the Wirecard crisis, that surprised even the oversight authorities and provoked strong criticism in their regard, approximately two years have passed. In the meantime, the most important events regarding the company have been the imprisonment of the top management, accused above all of financial statement fraud and market manipulation, and the criticism of the auditing firm, that despite refusing to certify Wirecard’s financial statements was accused of not having adequately done its job. As for the oversight authorities, their structure and functioning underwent deep changes, with the hope that they can now intervene better and faster. It is also interesting to note that despite all of this, a few weeks ago another crisis exploded in Germany, that has been less violent but in any event associated with the Wirecard case. It involves Adler, a very large real estate group, whose share price collapsed following poor operations with related parties, adjustments to the appraisal prices of many properties, and erroneous selection criteria for loans granted to clients.

The bankruptcy of Greensill also took place about two years ago, but for very different reasons. This is a large financial company specialized in “reverse factoring,” that concentrated its investments in loans to the Indian group Gupta, a leader in steel production in Great Britain. The company went into crisis and was no longer able to repay its debts, that amounted to 5 billion dollars just to Greensill, driving it into bankruptcy. The methods that this company could use to limit the negative impact on its stakeholders are still not clear. There is talk of renegotiating its debts, but this would also entail a solution to the financial problems of the Gupta group, an international entity whose accounts were audited by a small, practically unknown auditing firm, and thus considered not very reliable. There is also talk of an intervention by a Swiss fund to recapitalize the company, but if this were feasible, it would certainly not take place in the short term. Lastly, there is the position of Credit Suisse, Greensill’s main lender. Credit Suisse’s funds and clients invested in Greensill’s securities, and the bank had to reimburse most of the investments including due to legal actions that risked strongly damaging its reputation. The situation is thus confused and subject to rapid changes. As a result, it is not clear if and when the case can be closed.

The situation of the N26 Bank is simpler (so to say), as it has never been the protagonist of a true crisis, but starting in 2018 it was subject to attention and sanctions by the German oversight authorities, who detected strong organizational deficiencies and above all poor management of the anti-money laundering function. It seemed that everything had been straightened out, but then last March the Bank of Italy also blocked the bank’s operations, again for deficiencies in anti-money laundering and in the activities linked to cryptocurrencies. It seems that the leopard cannot change his spots! This case requires reflection, because it involves the conduct of a bank, almost regardless of technical problems, whose risks were almost never objective, i.e. linked to the techniques of packaging and sale of the products and services offered, but rather were connected to the aims and methods by which the production and distribution took place.

The case of Archegos is apparently clearer. This is a relatively small American family office that thanks to its dimensions in terms of number of clients, could operate without transparency and with directors lacking the requirements of integrity normally necessary for the type of activities it carried out. Building on its initial success it succeeded in taking on massive amounts of debt, that rapidly reached over 40 billion dollars, invested with extraordinarily high leverage in a small number of shares, with operations that were technically complex, lacked transparency, and were however very risky. The prices of those shares collapsed, probably due to manipulations of the relative market. When the banks holding pledges on them requested the reimbursement of their loans and were not paid, they sold the shares, leading to a further drop in the prices and driving Archegos into bankruptcy. The lending banks suffered giant losses, that they transferred in part to the clients who had provided the funds, who then brought lawsuits, as did the banks themselves, in order to save what they could. Obviously those proceedings are still underway and we don’t know how and when they will end. What is happening raises serious questions about the ability of those banks to assess and manage the risks of their investments, which is even more serious for some of them, such as Credit Suisse, that, for example, was already involved in the case of Greensill for similar reasons. All of this demonstrates that the consequences of crises and the attempts to reduce their negative effects take a very long time. In fact, they are almost always based on legal actions or settlements that tend to be very complex. Finally, it shows that it is almost a given that the managers will be convicted, as happened with the management of Archegos as well, who ended up in prison for the usual crimes of market manipulation, false accounting and similar crimes, that had consequences not only on the stakeholders of the family office in question, but also on much of the entire U.S. market for stocks and savings.

I will end with Evergrande, the Chinese real estate giant that went bankrupt under the weight of more than 300 billion dollars in debt. Its failure was never declared though, because it was considered too dangerous not only for Evergrande’s creditors, but also for the entire Chinese real estate sector, in which numerous other important groups have already gone bankrupt. The managers of Evergrande, who are very close to the government and the party, were excluded from politics and replaced by a management committee formed principally by public officials. The government of the province in which Evergrande has its headquarters thus became the hub of the restructuring, although the plan has not yet been presented, nor have the financial statements as of 31/12/2021. As for the company’s registered office, in order to cut costs and raise cash, the location was sold and the management was transferred to a smaller, less central building. In the meantime, confusion continues to reign. Everyone is dealing with the problem, including the central bank, that injected considerable funds into the group, some foreign investors hunting for NPLs, as well as developers who are seeking funds to complete the one million apartments already sold and paid for, who are thus doing everything to avoid bankruptcy and revive the group, whose fate continues not to be clear.

What is the lesson of all of this, and what importance can it have for potential crises that could arise in Italy? The answer is not simple, but it is evident that in all of the cases examined, the time necessary to deal with the effects of such crises is considerable, with confused and unpredictable developments and outcomes. To this end, apart from the personal measures adopted in regard to the management of the bankrupt companies, that were generalized and in any event took months to be decided on and enforced, in the periods cited above a great deal of energy was expended in the legal field and in seeking settlements with the damaged parties. However, overall the long times required are proving to be less traumatic than short time periods, as we see from other well-known cases that go back a number of years, starting with that of Lehman Brothers. In that case, as the years have passed less negative solutions have reached for the damaged parties, at times discretely, that would have been difficult to achieve in shorter time periods. In this sense, whether bankruptcy or restructuring, the problems are almost the same, as has been demonstrated recently by some financial crises in Italy as well. The dramatic effects of activities carried out with very high leverage have also been almost identical, activities which sooner or later lead to the collapse of organizations that were otherwise efficient. The true sense of this whole story, however, is that in order to protect and satisfy the damaged parties, it is not so important to manage a crisis once it has arisen, a point on which literature and legislation are abundant and continue to grow, but rather to prevent crises from occurring. This requires ideas and tools that are less confused and much more efficient than what we have today. 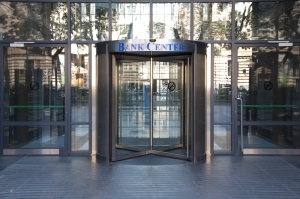