The CFO: A Technical Figure, or not?

The role of head of the AFC function can only be learned from multiple professionally important experiences, which can also create a certain reputation on the market

In the preparation of this article, thanks are due to Dott. Francesco Masironi for his patient work collecting information during the initial phases of the research.

In response to the question “What counts more, perception or facts?” the marketing world has a rather precise and clear answer, that aims in a single direction, with almost no ambiguity: while facts are important, the ability to make them perceptible in a "correct" and convenient manner is probably even more important.

Some years ago, one of the most famous violinists in the world repeated a superb musical execution that he had "gifted" to the ears of a select audience in a well-known Boston theater just two nights earlier, in one of the busiest metro stations in Washington, D.C.

The result? Despite it being rush hour, with hundreds of people passing in front of the famous musician, nobody recognized the celebrated performer.

Why? There's a small detail: the concert a few days earlier had been widely advertised, access to the theater required a ticket of at least 100 dollars, and the guests had to come dressed appropriately for the occasion.[1]

The only possible conclusion, since the violinist was the same and the exact same pieces were performed with the same unfailing mastery, what was missing in the metro was the mood. The surroundings were missing, everything that creates expectations; in a word, there was no perception of the event. And while it is possible that no enthusiasts of complicated violin music written by Johann Sebastian Bach came by at that time in the metro station, such anonymity can only be guaranteed - and explained - by the absolute lack of the expected setting for the almost improvised performance in a humble metro station.

Let's leave our violinist for a moment (who was actually conducting a social experiment in that situation) and try to shift the not always simple question of perception to a field far from art: finance, or better, the figure who manages the Administration, Finance and Control department in a company, the Chief Financial Officer.

Yes, because if we try to imagine the characteristics that are commonly associated with such a managerial role, research agrees in attributing the head of AFC activities skills of a principally technical nature, a few grey hairs, and elegant men's suit, and although many attribute growing strategic skills to the figure, most still see the CFO, especially in the fragmented Italian business world, as an advanced accountant who is rather far from understanding the true needs of business.

A technocrat, almost (oh my, what a terrible word in these times!).

Yet this is a perception that indeed is mediated by the reticular and family nature of most of our companies, perhaps. This is how it appears when we observe the results of a global study carried out by IBM, that shows how the enhancement of the management activities of the CFO, who has deep knowledge of the business and acts as a “Value Integrator,” can guarantee better performance for the company; at the level of large businesses, that is.

However, considering the potential delta that exists between perception and factual reality, this article aims to present the results of a study with a slightly different approach, that had the goal of studying the true "background of studies and professions" possessed and carried out by a large group of CFOs of Italian listed companies, with the initial conviction of being able to easily confirm the predominance of a store of strictly technical and quantitative culture and experience for the vast majority of financial directors active in Italian listed companies.

The study extended over a temporal horizon of ten years, from 2006 until the end of 2016, and considered all of the lists present on the Italian stock market.

Interest was concentrated on the importance the stock market attributes to the past experience of those who are called on to manage a company's finance department, and it immediately became clear that in order to provide a coherent response to the question, the focus had to be on the reaction of stock prices to the announcement of an imminent substitution. However, an analysis of the resumes of over 400 CFOs, and of approximately 300 listed companies, whose stock price performance was monitored at the key moment of the announcement of a change in the management of the finance function, provided a response that was apparently rather disconcerting.

At first glance, it appears that the market reacts more negatively, and increases stock volatility, when the finance function is left by a person who has had little experience with numbers, financial statements, and in various cases, even with university studies.

It is as if studying and developing technical skills useful to manage numbers in a company is not a guarantee for the market. Rather, the market seems to fear the departure from management of a finance director who was dedicated to an entirely different trade just before holding that position.

Closer examination of the information provided by the data, though, indicates that this simplistic interpretation is not correct.

We are not seeing the triumph of Pinocchio in the Land of Toys.

As often happens, the first reading of the data conceals another, more realistic interpretation.

The latter emerges clearly by following the Ariadne's thread in the chronological history of the individuals who have held the role we are examining in the past decade.

The data gathered allows us to go back to the 1940s-50s, the period in which the oldest of the CFOs involved in the study were born. We note that they cannot always be identified exactly as Chief Financial Officers, but rather as performing general roles of Finance Director, or Treasury Director or similar positions. In this age bracket there are many who only graduated high school, and the few college graduates did not specifically study finance. On the other hand, the culture of business management has developed and been divided into increasingly defined fields with the passage of time, and more recently, it has followed the increase of complexity and risks in which business world operates.

This is true even if we consider the academic paths offered by universities, that over time have seen increasing specialization towards contents typical of financial management and planning activities.

Does this allow us to conclude that the younger CFOs are also more prepared in terms of their academic curriculum?

We will provide a little data inviting reflection: of the 28 CFOS involved in management turnover processes who were born in the 1970s and 80s, i.e. the youngest ones present in the study's datasheets, only one lacked university studies, while the majority had a degree in economics or in any event in quantitative disciplines, such as engineering, and there is a large percentage of individuals who in addition to an undergraduate degree, also had subsequent specialization studies (master's degrees in economics and business, specifically).

This trend actually started with those born in the previous decade as well, who often reached the position of CFO in significant sized companies after a degree, a master's, and in some cases, a PhD.

Thus, specialization pays off, contradicting the initial reading that seemed almost to advise aspiring CFOs against investing in the development of their skills!

The "new generation" CFOs have technical profiles, not only because they boast economic degrees, and often further specialization, but also because, in a fabric of family companies such as that present in Italy, where top managers are however figures approved by the main shareholders, there are very few finance directors who come strictly from the ownership structure.

The learning and sharing of a common language that is the same for all of the areas into which the finance function is divided, in order to make constructive relations possible both within the company and with outside interlocutors, is a technical aspect considered essential by managers in the administration, finance and management control area.[2] It is also an aspect that requires the development of specific skills, which requires focused, not general, application. These include, for example, the need to know and share a common lexicon of accounting standards used to draw up financial statements, so that the company's income, asset and financial situation can be read and correctly interpreted by both the outside world and the internal actors involved in the company's management and decision-making process.

We will now return to the question of perception, with which we opened our discussion, and we will do so by asking a simple question: what is the average age of CFOs?

Only 8 of the those who held such high-level management positions in 2016 were in their thirties. Considering that most of the persons present in the database created for this study are at least 50, this means that the development of significant work experience is certainly an indicator of greater reassurances for the market, and it is natural to ask if it is really only a question of perception.

Leading a company, or acting as the CFO, who ultimately is a true strategic partner of the CEO, as many now agree in defining the director of the AFC function, is a profession that can be learned only through multiple important professional experiences, able to create a certain reputation on the market. Studying is necessary, even more so today, but not everything is written in books, as with all professions.

The manager, and the CFO as such, must have recognized leadership abilities, that reassure the market. There are in fact numerous CFOs, as we have seen in the research conducted, who have a resume full of important experiences at the international level, increasingly related to the technical aspects required by a profession that today also entails civil and criminal liability for one's actions.[3]

So it is a question of perception, or are there elements that regard the very nature of the Chief Financial Officer's activities, which lead to preferring figures with proven experience, in addition to excellent technical preparation?

In this author's view, perhaps the market is not mistaken in being alarmed when the CFO of a listed company is replaced. It is understandable that a CFO with little previous financial skills (but we have seen that this is now less common, and decreasing) who leaves his or her position can generate a moment of confusion in the evaluation of listed stocks. So we are not seeing a prejudice in perception, although such a prejudice remains, for example, if we observe the preponderance of men in the role in question (there were a total of 38 women out of the 400 CFOs taken into consideration in Italian listed companies at the end of 2016). What we clearly see is that by now the mastery of technical skills is an indispensable requirement for this position, and that the market raises many questions at the time a person is replaced, and is more affected by the dynamics of roles involving the few CFOs who have had past experience rather distant from the financial field.

The market is thus attentive to the unknown but phenomenal violinist who casually performs in the metro; so much, that it temporarily loses its bearings at the end of the unexpected performance.

[3] On this point, see what was established by Law 262/2005 “Provisions for the protection of savings and the regulation of financial markets” 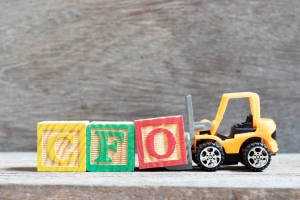