Watch Out for Libra

The new currency promoted by Facebook shows considerable potential from a technical point of view and as an element of innovation in the world of payment systems – but at the level of monetary policy and guarantees against criminal activities, significant interventions are necessary

Since Facebook announced that in 2020 it will launch a new currency to transmit monetary values globally, there have been many comments with decisive positive or negative conclusions.

The Libra phenomenon – the name of the new currency – has in fact sparked great interest, but the judgments expressed to this point cannot be considered definitive, since many of its aspects are not certain yet, including because many of the technical, financial, and technological problems are still being addressed, and because we don’t know what position the oversight authorities will take. In truth, the authorities are doing all they can to counter the launch and development of Libra, fearing that it could be used for money laundering, all kinds of fraud, to violate privacy, and so forth. What creates the most worries is the competition that Libra could represent for the institutional banking and financial world and its consequences on the use and efficacy of monetary policy. I don’t want to go into the merits of these problems, but I will point out that such instances of fraud already occurred at the end of June, with fraudulent transactions that involved both bitcoin, that already exists and is highly developed, and Libra, which has not even been issued yet.

The development of the Libra could be favored by its simplicity. To access Libra services all you need is a smartphone on which to load an amount in a currency convertible into the Facebook currency, and then transfer it anywhere in the world to beneficiaries who use the same instrument. Access is almost instantaneous, the security of the transaction should be guaranteed, and the relative cost should be practically irrelevant. The global nature of the system should be guaranteed, on the one hand, by the billions of Facebook users around the world, and on the other, by the fact that about thirty very large and varied multinationals are actively participating in the initiative, a number which could soon rise to one hundred; these companies have numerous clients who could easily become Libra users.

Those operators are part of an association, established in Geneva by Facebook, that will manage the reserves deposited to guarantee the circulation of Libra. In fact, contrary to the system that exists for virtual currencies now in circulation, that have no underlying asset, Libra will be guaranteed by reserves of financial assets expressed in strong currencies, that should make its value stable, becoming more attractive especially for users residing in countries with weak economies and high rates of inflation. The promoters of Libra assure us that it won’t be used for investment, as happens with bitcoin, but users will certainly use it for that purpose as well. The management of the reserves is essential, and things are not clear on this front now, as with questions linked to privacy, a not irrelevant point considering that Facebook has a poor resume in this area. The use of data on Libra transactions could in fact be very useful for its sponsors to monitor the financial behavior of users, who could also be contacted to offer them other types of financial services.

In this regard as well, though, things could be more complicated than they initially appear. There have already been harsh comments, for example, regarding the fact that the association that is to manage Libra was established in Switzerland, and thus benefits from broad autonomy, to the point that it will not even have to publish its financial statements. If this is true, the transparency of the system could be threatened, which would give the public authorities additional negative elements to combat it. A point that should not be problematic, is that contrary to what happens with the virtual currencies already in circulation, Libra transactions will not be encrypted, and thus should allow for easily discovering the names of the parties involved.

I should take this opportunity to recall that the technical heart of the system will be a modern blockchain, one that is more economical, faster, safer, less costly, and consumes less energy than that of existing blockchains, such as bitcoin.

Overall, the assessment we can give of Libra at this point has both positive and negative points. If it functions correctly from a technical standpoint, it would be great, even though it could disrupt current payment systems, putting some of today’s players in a corner, such as banks. The banking system has not been included in the association that will manage the system, which includes various credit card issuers and payment system managers, that unlike the banks, have decided to follow Libra from the inside. From the standpoint of monetary policy, however, profound changes are needed in order to deal with Libra. The mechanism could actually regard the sovereignty of single states. We must not forget that the power to issue currency has always belonged to states, and the issue of Libra, especially if it were to develop as its creators hope, could represent a strong attack on this historical right.

Lastly, as regards the potential criminal use of Libra (money laundering, fraud, privacy, and so forth), the worries are justified, driven in part by the choice of an association as the form for managing it. It is clear that national and international authorities have to get to work in order to avoid such an outcome. This area will represent an important challenge, and it cannot be excluded that Libra will end up being slowed down and hindered precisely by the intervention of political and oversight authorities, that by the way have already stated their opposition to the new currency. The game has just started though, and it will be interesting to see what happens next year when, according to its sponsors, Libra could become a reality.

(Roberto Ruozi is Emeritus Professor at the Bocconi University) 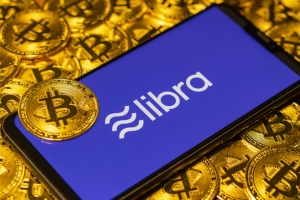