A (Positive) Glance at the Future of Italian Banks

For some time now, Italian banks have demonstrated a clearer awareness of what they need to do, and have finally resumed working with greater confidence. They have left behind most of their more serious problems, that had tormented them for at least a decade, such as the quality of assets and especially of loans, achieving a strong reduction of non-performing loans, and their capitalization, that has been reinforced with capital increases and set asides of profits. The structural situation is thus less volatile and the system also does not seem to be distracted by the desire or need for concentration. This opens up decidedly optimistic prospects for the future of our banks and our country’s economic situation.

The economic situation in our country is fairly confused, making it difficult to develop forecasts for the future, even in the short term. Apart from the question of energy, that will have a considerable impact on our economy – and it is not known how it can be solved, with all of the potential consequences – numerous other indicators seem to suggest that we are beginning to return to a model of development that had disappeared for years, but has not been substituted by valid alternatives. The new and most important indicators that will characterize that model are inflation, “normal” levels of interest rates, some aspects of employment, and a return to growth rates that are not very strong, but probably more long-lasting in a context in which, with all of the relevant problems and reservations, our production system seems to be for the most part reorganized to be able to better face the variability of internal and international markets, that are subject to true processes of revolution currently still underway.

These scenarios seem to bring us back to models of economic development that were already known and successfully experimented with in a not-too-distant past, that should allow for more stable and rational decisions for both the producers and consumers who operate within a certain scenario. Despite not being perfect, this can be considered better than the “extraordinary” model used recently that left the economy completely adrift, including due to the effects of a series of unexpected and dramatic events such as the pandemic and the war in Ukraine. To complete the picture of the unforeseen elements in Italy, we can add the government crisis and early elections, that, however, I do not think will be an obstacle to the type of virtuous economic pathway mentioned.

Considering what I have said so far, I believe it is clear that I am fairly optimistic about the evolution of the Italian economy in the near future, and I also wonder what can happen to our banks, which, fortunately, for some time now have demonstrated a clearer awareness of what they need to do, and have finally resumed working with greater confidence. They have left behind most of their more serious problems, that had tormented them for at least a decade, such as the quality of assets and especially of loans, achieving a strong reduction of non-performing loans, and their capitalization, that has been reinforced with capital increases and set asides of profits. Despite having risen slightly for both significant banks and minor banks, profits have still not brought the return on bank capital up to competitive levels with those of alternative potential financial investments. The stock exchange value of listed banks has thus remained low, penalized in part by the reduced distribution of dividends, that in 2022 returned, but not yet to a satisfying extent.

I am also fairly optimistic regarding the general positive trend of our banking system, despite recognizing that forecasts on the subject are not easy. Among the reasons for my optimism – some aspects of which are quite questionable – I note that the vast majority of our banks have gained full awareness of their problems, and that at the same time, the environment in which they operate has accepted the idea that some strategic and operational measures, raised for years but never addressed with the necessary determination, especially due precisely to environmental hesitations, cannot no longer be postponed even if they have immediate effects and social costs that are not simple to digest.

The structural situation is thus less volatile and the system also no longer seems to be distracted by the desire or need for concentration. For the most part, what was intended (or better, what was decided) has been done, and new potential operations of this type can by now be counted on the fingers of one hand. Indeed, recent research has highlighted the fact that economies of scale, which should be one of the main objectives of bank concentration, do not exist when they regard large banks, as they are only present in those with assets below 500 million euros, which has contributed to shelving an issue that for many years tormented and did not always reward our largest banks.

The cited improvement of the quality of loan portfolios – that it is presumed can continue over time due to both the improved technical capacity of banks and the less problematic situation of the production system to which the loans are directed – will certainly contribute to the further improvement of bank profitability. Banks then realized that the importance of the cost/income ratio, already strong reduced in recent years, has returned to the center of attention for ordinary operations. The reduction and control of costs is also proving to be even more important than the increase of revenues for the purpose of the improvement of company income. However, revenues could return to playing a decisive role, especially if interest rate levels remain higher than those in recent years, or even were to continue to rise, which is currently largely expected. It is also well-known that spreads normally increase when rate levels change, and above all, when they increase; they could be decisive already this year for the improvement of bank profitability.

The phenomenon could also change the ratios between revenues from interest and revenues from fees. The banks have relied heavily on such revenues in recent years, even partially changing their business model. The ratios in question, however, in light of the different spreads, will have to be revised, obviously without penalizing the fees that are providing their important contribution to bank profitability and that could improve further if there were a recovery of the financial markets, which will happen sooner or later.

A final issue remains – which is decisive – in the panorama described above. I refer to IT, on which much has been written, but unfortunately not always well, and with a great waste of resources. Here also, the passage of time has helped, and has led the banks, on the one hand, to update and rationalize their systems (including the distribution channels with everything that means for the network of branches and number of personnel) that until now have been organized and utilized in ways that were often not coordinated. The “productivity” of IT is thus increasing and is boosting the income statements of the best banks considerably.

In conclusion, what is happening in our banking system is not really new from a conceptual standpoint. On various aspects of these events there was discussion for years, and usually with almost unanimous support, but little was done, and certainly not all that was necessary and not as well as it should have been done. There are strong reasons to judge that behavior and the ensuing results to be suboptimal. The important new aspect is that such behavior has changed radically both due to the spontaneous decision of banks, and due to the dynamic of the markets in which they operate and the operators with which they deal. The prospects have become clearer, the fears, indecisions and distortions are dissipating and leaving room for determination, coherence, decision-making capacity, and support from the external environment. Good results have already been obtained. The best should/could still be to come, though. Things could improve even in the short term, but room for further, considerable improvement will remain for a long time. Thus we hope that the reawakening of banks is not only a temporary phenomenon, but that it can become a new fundamental element of their business model. 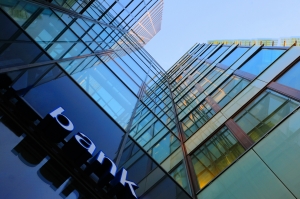