During these difficult months, the long-term problems of Italian banks have not only not been resolved, but in some cases even aggravated: from low interest rates to very high credit risk; from excessively high costs – in particular for personnel – to the strong impact of the technology variable on banking procedures, to the growth of competition within the system. However, some glimmers of hope are emerging in terms of internal organization and competitiveness.

The pandemic which has tormented us for over a year has also disrupted economic and financial activity, triggering a crisis that it will not be easy to overcome rapidly. Here I would like to attempt to describe some of the consequences of the virus on banks, with particular reference to Italian banks.

To this end, it is useful to recall the problems our banks were dealing with before the outbreak of the pandemic, that were the following:

All of this has already influenced, and continues to influence, banks' profitability, that remains low and also determines the very limited value of the bank shares listed on the stock market.

During the pandemic, though, not only have these problems not been resolved, they have actually been aggravated. The search for a solution has become frantic, and the time available has become more limited.

In particular, the risk relating to bank loans and the likelihood that they will become non-performing has grown. All of the banks have strengthened their reserves to face this problem, and this will have a significant impact on their financial statements for 2021.

The factors at play are the current economic crisis and the repercussions of the loans granted with state guarantees to companies whose turnover has been reduced by the pandemic, creating significant liquidity problems. Those companies were assisted without taking into account their prospects for the future. Now, everything makes it appear that a certain number of these companies have used the funds received to resolve temporary problems, and that having a good market and good efficiency, they will be able to move forward again once the problems are solved, with more debt but with good prospects for meeting not only their new commitments, but also those existing before the pandemic. Other companies have used the new loans only to plug similar short-term problems, but since they were experiencing structural problems that have probably been aggravated by the pandemic, they will not succeed in reviving their activity once the new loans are no longer available, which will only be a number of months.

Those new loans should not create too many problems for the banks, though, since they are guaranteed by the state, and it is hoped the state will continue to be a debtor. The problems arise for the debts that these companies had before the pandemic, that given their structural crisis, they might not be able to repay. Considerable reserves have been set aside essentially to deal with these cases. The weight of NPLs will resume rising and cancel out the benefits produced in the banks' accounts by the sale of the loans in their portfolios before the start of the pandemic. In essence, the banks will have start over again, but some might not be able to do so.

A less serious problem, that could actually turn into a good opportunity for the banks, regards the strong increase in deposits, a variable that had not showed signs of growth for some time, in part because the banks had not encouraged it as they were rather liquid and did not have great opportunities for investment, especially in loans. The massive increase of deposits was not expected, and was due to the climate of uncertainty and worry that the pandemic generated, reducing investments in bonds, stocks, and mutual funds, as well as the desire to manage the new savings by reducing consumption and preparing cash reserves to be used in case of need, while awaiting a return to normal.

This unexpected phenomenon can be interpreted in various ways, and can have various consequences. Is the increase of families' propensity to save and hold liquidity good or bad? Initially, it needs to be considered positive. Others, however, think that it is the result of an excessive reduction of consumption, that is not helpful for the recovery. The fact that new savings end up in banks' coffers has alarmed those who consider those funds to be sterilized and thus not useful for financing the investments the country needs, especially at this point in time. Others think that they are not sterilized because, coming to the banks, they increase the banks' ability to provide loans to businesses and thus sustain investment. In reality, we need to see if that increase in capacity will be accompanied by a corresponding increase in the propensity to extend credit. There are indeed many doubts on this point. Although they have had abundant liquidity available to them in recent years, our banks have reduced that propensity due to both risk and the capital requirements that affect the possibility to grant loans. Given this situation, and thus the presence of greater credit risk and unchanged capital constraints, all other conditions being equal, it is unlikely that the increase of deposits will convince banks to grant more loans. In this sense, those who fear the sterilization of savings might not be wrong.

However, we need to consider the fact that the new techniques for the selection and evaluation of loans that the banks have begun to use also due to more advanced technologies, reducing the likelihood of debtor insolvency and thus the risk of those loans, could lead banks to reconsider their intentions, especially if in the meantime the economic recovery that everyone is anxiously waiting for arrives. In any event, it needs to be considered that those loans are not the only form of bank deposits, which may also be invested in public and private securities and in other technical forms by which investments can in fact be financed.

The only relatively new problem that the pandemic has triggered is that of the way work is performed. To combat the virus with social distancing, a significant portion of bank personnel – like those in other economic sectors – have been kept from their traditional work premises through the adoption of smart working. The impact of this phenomenon regards the use of the properties in which people work, productivity, the way activities are performed in the traditional locations, and above all at the branches, and the combination between personal and work life. It is early to judge the results of this experience, but it is certain that a return to the past will not be possible, and that the new organization of bank work in terms of both production and distribution, together with the impact of technological development, will produce very different banks than those of today.

In any event, it is not possible to generalize regarding how banks will solve the problems we have just examined. We will need to see what happens case by case, but overall, the effects of the pandemic have forced them to better face and metabolize their problems, more decisively than they have done so far.

Roberto Ruozi is Professor Emeritus of the Bocconi University 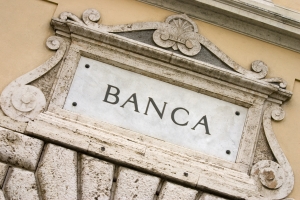