An Overview of the Wirecard Case

The bankruptcy of Wirecard, a Germany financial technology and services company, this summer, provoked immediate and harsh reactions in the financial world, from creditors, shareholders, and market and oversight authorities, as well as politicians. A few months after the events, the subject can be addressed with greater calm, analyzing the many actors involved: from the company management to the auditors, from the BaFin to the banking oversight authorities, without forgetting the world of politics and media.

The bankruptcy of Wirecard last summer wreaked havoc in the German financial system. Its unexpected explosion regarded a very large fintech listed on the Frankfurt Stock Exchange, and surprised the world above all due to its causes: a colossal fraud that entailed the disappearance of billions of euros from the company's coffers. The reactions of the financial world, creditors, shareholders, stock market and oversight authorities, as well as the political world, were immediate and harsh. As can easily be imagined, a little of everything was said, with varying degrees of relevance. Several months have gone by now, and the subject can be analyzed with greater calm.

The analysis can regard: a) the organization of the fraud and the actions of the company management; b) the activity of the auditors; c) the actions of the BaFin, i.e. the German equivalent of the Italian Consob, and those of the FREP, the body in charge of the analysis and control of the governance and financial statements of listed companies; d) the attitude of Deutsche Börse; e) that of the banking oversight authorities; f) the involvement of the government and politics in general; g) the function of the independent press; and h) the things to do to see if it is possible another such event could take place.

As for the first point, it is clear that the bankruptcy was not a chance event. The company's structure and the ambitions of its managers had in fact been characterized for some time by a high risk profile and low transparency, ideal conditions for the creation of an environment in which fraud could easily be committed. So it was not an unfortunate accident, but an adequately prepared catastrophe. The doubt remains as to why it all happened, since none of the protagonists seem to have benefitted from the bankruptcy. What inevitably happened, is that many workers were fired, the creditors were not paid, the shareholders lost most or all of their investments, and the company management ended up in jail.

The activity of the auditors was subject to harsh criticism, and it cannot be excluded that actions may be taken against them. The question is why they did not recognize the gravity of Wirecard's situation and what tools they used to oversee a galaxy of companies scattered around the world, especially in countries known for facilitating tax evasion, fraud, money laundering, and similar crimes. As in many other cases, their intervention was late and thus essentially useless. In fact, from this point of view, Wirecard did not represent an exception, but confirmed that the activity of auditing firms is too frequently insufficient to reach the goals that auditing should normally pursue. The importance of the question goes well beyond the Wirecard case and thus regards the function and activity of all auditing firms, and in particular of the Big Four, two of which were involved in this case. It would not be surprising if the Wirecard case provoked a substantial, not just formal change in the nature of their activities.

The BaFin has also come under criticism, as its role is precisely that of overseeing the financial markets, and thus listed companies; yet it didn't notice anything, and kept Wirecard in the group of the thirty most important stocks on the German market. Did the BaFin see nothing because it was unable to see, or because it lacked the proper tools for that purpose? The response is not simple, but a the German Ministries of Finance and Justice have announced a plan for upgrading the BaFin, including in terms of professional skills. Similar steps have been taken regarding the FREP, that did not recognize the egregious deficiencies in the governance, financial statements, and auditing activity regarding Wirecard.

The responsibility of BaFin and FREP in the Wirecard events has come under scrutiny from the ESMA as well, the European Securities and Markets Authority, that at the beginning of October published a substantial report that heavily criticized the activities of the two authorities and stressed the evident subordination of the former to political power, which seems not to have affected the latter. In particular, the report pointed out that the two agencies should have worked together, while in reality they never collaborated.

Deutsche Börse also doesn't come out looking so good either, despite not having specific oversight responsibilities regarding listed companies. It is also revising its regulations in terms of listing and the improvement of the quality of the companies included in the DAX index, which included Wirecard.

The most delicate problem regards the banking oversight authorities, that were never involved in the question because Wirecard was not under their purview, since it is considered simply a fintech and not a financial intermediary. From a formal standpoint, it seems that those authorities are not guilty. From a substantive one, however, the question being asked is if things need to change, and if fintechs, or at least companies with a certain size and type of activities should be regulated the same way financial intermediaries – their competitors – are. Here as well, the Wirecard case is not very original, but reflects a problem regarding fintech companies around the world.

The government's situation is also not clear. There is no question that it defended Wirecard's actions as if the company were a true national champion in the financial sector, even when the news of its precarious situation was widespread. This is a problem that has already been seen in the past. Was the government aware of the situation, or not? The opposition is attacking harshly and has succeeded in appointing a parliamentary commission to investigate and shed light on the fraud and its management. It is not known how things will turn out, but the general opinion is that this is not only a specific investigation, but an opportunity to address the situation more in general, examining the development of the German financial and banking system, that until just recently was a fundamental pillar of the country's economy, and today is a point of weakness, without knowing whether it can be relied on.

In the scenario as described, a general problem has emerged regarding the role of the independent press, a leading protagonist in the Wirecard case. First of all, we need to remember that the Financial Times was the first to raise doubts about Wirecard's financial and economic solidity. Nobody was able to dispute its statements, which however bothered the national oversight authorities, and especially the BaFin, that even denounced the newspaper practically for lese-majesty, having questioned the reputation of the German financial system. The evolution of the events regarding Wirecard confirmed the initial charges made by the Financial Times, contradicting the attitude of the German authorities, which in turn ended up under fire for senseless nationalism. The newspaper didn't worry much, and continued its investigations, that became essential to understand what was happening. If it were necessary, the matter demonstrates once again the importance of an independent press in discovering and publishing the principal events that take place in the world.

The final point of the analysis regards what could/should be done to attempt to avoid similar situations in the future. Here we must say that thinking financial fraud no longer takes place is entirely unrealistic, as recent history has demonstrated. That said, greater responsibility on the part of the auditing firm and more incisive and efficient oversight, which should be organized including a change in the nature of large fintech companies – it is not clear why they should be treated differently than financial intermediaries – could reduce the likelihood of fraud. In any event, it should not be forgotten that these companies are on average created and managed by people who are more capable, more equipped, faster, and more determined and efficient than the oversight authorities, whose interventions are almost always late and take place when the horses have already left the stable. Thus the characteristics and goals of the authors of the fraud remain crucial, but it is difficult to act on this point. Either they share and follow the normal ethical principles of economics and finance, or little can be done. It is not an optimistic conclusion, but it is certainly realistic. 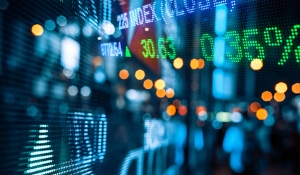