Our authorities have always sought to manage the crisis of the banking sector first, and that of the real economy afterwards. In this difficult period for our country, it would be advisable to deal above all with the real economy, supporting the world of business in the difficult road to recovery

In the considerable confusion that reigns concerning economics and finance since the outbreak of the Covid-19 pandemic, various types of measures have been proposed, discussed, and adopted. Those aiming to rescue banks, but also the real economy, are particularly important. These two phenomena are in fact strictly correlated, although the connection is not always clear, and they require different measures to be adopted following precise time sequences. The fundamental problem is knowing whether it is proper to rescue the banks first, and then the real economy, or whether it is better to first save the real economy, to then save the banks as well.

If we analyze what is happening now, it seems that the priority is given to rescuing banks, that have always been at the center of attention of public authorities, including in recent times. This is demonstrated by at least two events that have taken place in recent months. The first lies in the words that the governor of the Bank of Italy pronounced during the Bank's General Meeting at the end of May. Visco said that the recession will certainly have an effect on the accounts of banks, that the increase in non performing loans must be dealt with promptly, and that we must be need to pursue solutions that safeguard the stability of the system, "evaluating the use of tools allowing to take prevention action for banks that are in a situation of serious, although presumably temporary, difficulty." The governor continued by recalling that the recession may aggravate the problems of some intermediaries lacking ample capital reserves, in particular small banks with traditional activity models, and then stressed his worries regarding the inadequacy of the European system for managing bank crises.

The second event we should consider is the recent Decree Law No. 34 of May 19, 2020, according to which, in order to avoid or remedy serious troubles for the economy and preserve financial stability, the Ministry of Economics and Finance (MEF) is authorized, in the six months following the entry into force of the decree, to grant state guarantees on the liabilities of banks with their headquarters in Italy up to a nominal value of 15 billion euros. In addition, the decree also states that to ensure the orderly conduct of potential administrative compulsory liquidation procedures of banks other than cooperative credit banks, with total assets equal to or less than 5 billion euros, the MEF is authorized to provide public support for the transfer en bloc to a purchasing bank of assets and liabilities, businesses, business units, and goods and legal relationships of the bank in administrative compulsory liquidation.

Our authorities thus fear a great crisis of the real economy that could create instability for banks, and they are preparing to manage shocks, demonstrating attention to the timeframe, presumed to be short. Their attitude is sensible and prudent, and starts from the assumption that bank crises, when not caused by dishonest behavior by management or imprudent aggregations that impose heavy costs difficult to sustain and manage over time (cases which are actually rare), are historically due to crises among the businesses to which banks have made loans. It has more or less always worked like this. And it has also more or less always happened that instead of worrying about the crisis among businesses, the real economy, our authorities have worried above all about how to manage the resulting banking crisis.

The reasons for this priority are essentially that, by saving banks in crisis, protection is afforded to their creditors, and in particular to small and medium sized investors who have provided their resources. The protection of savings is sanctioned by the Constitution and also pursued by the solidarity established in the banking system, through both the Interbank Deposit Protection Fund and various forms of acquisition operations involving banks in crisis by those that are healthy. The desire to manage bank crisis in the best manner possible has never, however, specifically regarded the consequences that those crisis could have on the real economy, which are very significant. In fact, such consequences have always arisen, even if only indirectly and subsequent to the crisis in the banking sector. The problem is more for the creditors (the banks, in this case) than the debtors (the borrowers, businesses, and thus the real economy). In any event, it is evident that the interest of business clients, especially regarding their growth supported by bank credit, is to have strong banks that are not in crisis. And it is just as evident that banks need a strong economy in order to perform well.

At this point, my question is if it would not make more sense for the authorities to deal first of all with the crisis in the real economy, and then with the banks, which once the former is overcome, would almost automatically recover.

The problem is that the prevention and management of crises in the world of production is not easy, as demonstrated by the current situation in our country. Many difficulties are encountered. First of all, there is the objective complexity of possible solutions, although there is almost universal agreement by now on the approaches to be followed. We do need to acknowledge that some useful actions have been taken, such as providing automatic funding for businesses with SACE export credit guarantees, the expansion of temporary unemployment benefits, and incentives for startups. Yet the government and its technical advisors continue to skirt the fundamental measures that are needed - despite knowing what is required - as they do not have the desire or the strength to take them. The importance of the appearance of legislative measures and their impact in terms of communication (and on politics/elections) has become the priority with respect to the substance of the problems, and once measures are approved that could contribute to resolving the crisis of our system of production, the interest of the political world and the public bureaucracy plunges, such that the effect of the measures taken often ceases at the time they are issued. This creates the difficulties I was speaking of, despite some positive effects, as it can at least generate some involvement of the business world, where the uncertainty and indecision of those who should be supporting the recovery of economic activity generates a lack of confidence and does little to emerge from the impasse.

We shouldn't lay all the blame with politicians and the technical experts and bureaucrats who work with them, but there is no question that most of them provide very weak support for development, and at times even represent a burden. I don't know if we will win the economic battle against the virus (and other factors), but the future, at least in the immediate term, is not very bright. We should hope that whatever the attitude of the authorities, businesspersons regain confidence in themselves and their companies, and do all they can. They are currently left alone, or almost alone, but solitude is nothing new for them. They have been able to overcome it many times in the past, and will succeed in doing so in the coming months as well. For banks, too, it would be the end of a nightmare that is tormenting them like never before. 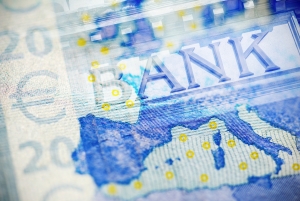