The Future of Our Banking System

The health side of the coronavirus drama seems to be moving towards a solution, although the timeframe is still not certain and great prudence is required, as the authorities continue to remind us. The economic and financial drama of the pandemic, on the other hand, has still not reached its peak, and no forecasts are possible on what will happen in the second half of 2020, or even in the next two years. Despite the reopening of numerous businesses whose activities were suspended for many weeks, the economy is still suffering from the consequences of this stoppage and all of the effects it will produce. The future of our industrial, commercial, and service companies is thus extremely uncertain. To this we must add the strong doubts regarding the practical effects of the numerous measures taken by the government to attempt to resolve or at least limit some problems, starting with that of liquidity. This phenomenon is presented as the main obstacle to the resumption of productive activities, which are undoubtedly suffering from a lack of liquidity given the simultaneous absence of revenue from lost sales, the loss of payments from clients who in turn have their own liquidity problems and can't pay their debts, and lastly, the deadlines with suppliers that should be respected, but depend on financial resources that are unfortunately scarce or non-existent.

The truth is that liquidity - except in particular cases that can essentially be considered exceptions that confirm the general rule - is never a problem in itself, but rather the result of the general performance of revenues and costs for businesses, which are not determined so much by financial problems, but by market demand for the goods and services they produce and the situation of their clients and/or the offer of more efficient and competitive companies. The injection of funds into these companies' coffers can stem a cash imbalance in the short-term, but if the revenue and cost flows do not generate sufficient cash flows, with the increase of the former and containment of the latter (that in any event cannot fall below certain minimum levels strongly influenced by fixed components), liquidity would almost immediately disappear again, and businesses would be in exactly the same position as today. Actually, it could be even worse, because the additional liquidity obtained principally through borrowing would increase their commitments, with repayment obligations arising that will have to be respected.

The rebalancing of costs and revenues between inflows and outflows will not take place rapidly. The market is living through such a strong crisis that it will only be possible, if it is possible at all, to return to its condition prior to the explosion of the pandemic and the stoppage of economic activity in the medium to long-term. The true problem for businesses is thus to determine if, and when, that will happen. It goes without saying that the future will not be the same for anyone; it will be very different not only among the various economic sectors, but also among individual enterprises in each sector.

Soon, many companies will be divided into two large categories: those that succeed in overcoming the crisis, and that do not. It is widely believed that the number of the latter will be high, and this will directly affect banks, the most important source of funding for businesses around the world. Precisely because many banks expect a very dark period characterized by greater insolvency that took place in the years of crisis in the previous decade, they have already taken this phenomenon into account in the first quarter accounts, recently presented to analysts.

The data and information provided in recent days shows that forecasts are not at all optimistic. I will cite a few examples that seem to be significant. To face the expected losses on loans, Santander has set aside 3.6 billion euros, 1.6 billion of which attributed to the expected effects of the coronavirus, equal overall to 80 percent more than such losses in the same period of the previous year. HSBC has set aside 3 billion dollars, an increase of 417 percent over 2019. Crédit Agricole S.A. has also tripled its reserves specifically dedicated to expected losses on loans. The provisions for the first quarter of this year at the group level have thus reached almost 1 billion euros. If we consider together Bank of America, Citigroup, JPMorgan Chase, Wells Fargo, Goldman Sachs, and Morgan Stanley, they have set aside 25.4 billion dollars. The situation in Italy is fairly different from bank to bank, but overall is unlikely to differ much from that of the banking groups cited above. Actually, foreign commentators think that in Italy it could be even worse, given the weakness of our economy.

If all of this happens, we will have to question the future of our banks, that are still considered among the most fragile in Europe by those commentators. The improvement of their balance sheets achieved with great effort in recent years risks being lost. The decision not to issue dividends and to reduce bonuses will not increase the ability to extend credit, as amply proclaimed, but even in the best of cases, will only serve to more or less partially deal with the shocks suffered due to losses on loans.

All of this will force our banks, along with those throughout the world, to drastically revise their business models to adequately face an economic and financial scenario that the coronavirus has made even more complex and difficult after the only partial improvements in recent years. The virus is producing an absolute and relative increase of the debt of the State, businesses, and families; debt makes it possible to do many things, but when it is the only channel for funding the economy, it is highly dangerous. We have never seen strong economies with high debt. In any event, we should hope that the banks will be able to overcome the crisis that torments them. If this does not happen, their drama will rapidly spread to their creditors, who are families with their savings, and then to the economy as a whole. Families and businesses, as has always happened, will decisively condition the future of the banks, on which public opinion and the political world should reflect carefully. 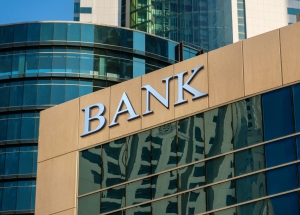