“What can the world of industry do for culture?”. This was the question posed in a round table discussion organized by the Turin Industrial Association, an occasion for interaction between local enterprises and the world of culture, in which I recently took part. A first answer seems to be the following: culture is important, it should be protected and supported; business is enlightened and dedicates attention and funding to culture, obtaining visibility and consideration in exchange. It’s encouraging that the industrial world is seeking ways to support culture. Yet I wonder why it is so rare to see the question posed in the opposite direction: what can culture do for the world of business? Forcing the various actors involved to reflect on this question would make it possible to move forward with the items on the agenda. I am calling for the end of sponsor-hunting season and financing of single projects, suggesting a different direction, that of co-planning in which the keywords are win-win logics, ecosystem, socio-economic impact, local and business identity.

Despite pursuing very different goals, there are various affinities between culture and business. Culture is a lever for socio-economic development, as demonstrates by various economic impact surveys sponsored by entities such as the Egyptian Museum, the La Scala Theater, and the Turin Book Fair. Culture is able to support employment, directly or indirectly involving various types of professionals with different educational backgrounds and roles. Culture produces and induces social well-being and its effects are evident in terms of awareness, responsibility, and enhancement of the identity of a local territory or heritage. Culture is a powerful engine for local regeneration, able to transform the very essence of a place, as demonstrated by the cases of Bilbao, Rotterdam, and Turin.

The initial question is now clearer. What can culture do for business? A lot. Culture can act as a bridge between the productive sector and the social fabric, allowing for softer interaction and including varied languages and themes. Business can make use of culture to reconcile with the local territory and communities, bringing closer traditional stakeholders, innovating its language, and perhaps even its strategies, understanding what changes are underway, and succeeding in adapting by relying on the desire to reach goals that are stratified and long-term. These are some of the challenges of contemporary society, in regard to which the world of production is developing a sense of “corporate responsibility,” with more or less difficulty. This is seen clearly in actions of patronage aimed at specific projects, social accountability reports, company welfare programs, and environmental sustainability.

On the other hand, it is necessary, or rather essential, for culture to be prepared to respond to the question. This is why I firmly believe in and promote the idea that cultural institutions must tend to take on the quality of “cultural enterprises.” This does not mean aligning itself with the concept of production of value, but to the contrary, to construct a conscious and effective system for managing activities necessary in order to pursue its own official purposes. The dialogue between enterprises and culture could thus develop in a context of mutual interest, sharing methods and processes, each of the two parties respecting for each other’s mission and identity. The gap that exists, and it is legitimate for it to be present, should be considered an opportunity for discussion, mutual learning, and synergetic challenges for development, not an obstacle that prevents its success.

In conclusion, a few words about the experience of the Egyptian Museum. Hosted in a Baroque building, with a collection that the antique market and archeological missions brought to the House of Savoy, benefitting from an innovate tool of management, and a protagonist of a radical transformation, the Egyptian Museum has seen a mixture of cultures from its origin. Today the institution’s approach is based on openness and the elimination of barriers, investing in international cooperation and social inclusion programs. It is based on a solid management model, relying on the tendency to self-fund, a goal reached and exceeded in 2018, for the fourth consecutive year. (Recall that the Foundation for Egyptian Antiquities of Turin, the entity that manages the Egyptian Museum, is a non-profit foundation that does not distribute profits. The positive result of its financial statements, that exceeded 2 million Euros, can only be used for the pursuit of scientific and non-scientific projects, in accordance with the mission set forth in its By-laws). The Egyptian Museum cultural enterprise contributes to the socio-economic development of the local territory, sponsoring occasions for dialogue between stakeholders, and opens its doors to the possibility of scientific, technical, and managerial innovation, that it invents, perceives, and grasps in the cultural market. From this perspective, the Museum has a strong sense of responsibility towards its own sustainability, and the same should be true for any other representative of the cultural sector.

While awaiting a shift in the paradigm, to when culture will be considered an instrument of development for enterprises and others as well, there is a great deal of work to be done in my professional field. In a social context that is profoundly different than that of past decades, the role that was once played only by industry (one example suffices: Fiat in Turin), is now transferred to a system with a fragile equilibrium whose cultural and industrial natures are merely two of many components. The legitimization of the entrepreneurial character of cultural institutions is the first step, and decisive for the development of the sector and all of society, to establish a dialogue and develop mutual recognition of a common intent. 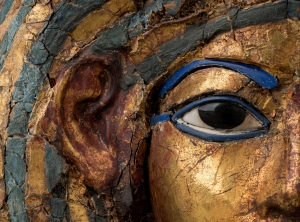 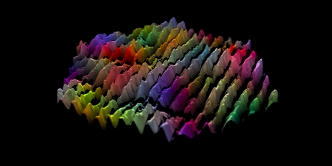