The most lasting damage caused to the global economy by the trade war is not necessarily the rise in tariffs, but the uncertainty created regarding the “rules of the game” established by international treaties. This damage could stay with us for a long time, even after the hostilities end.

“When a country like the United States is losing many billions of dollars on trade with virtually every country it does business with, trade wars are good, and easy to win.” These were the words with which U.S. President Donald Trump announced the “trade war” (with the imposition of tariffs) between the United States and the rest of the world on March 2, 2018, on Twitter. The reference was to the deficit between American exports and imports, that in absolute terms has never been less than 400 billion dollars in the past decade, and in 2018, touched the record level of 600 billion.

This negative result is due to a considerable surplus in the trade of services with the rest of the world, and a much larger deficit in the trade of goods. From other countries, the United States mostly purchases goods for services, but since the country buys more than it sells, it continues going into debt. And this takes place in particular towards China. Since 2001, the year the Chinese joined the World Trade Organization (WTO) and thus were able to benefit from preferential access to the markets of the member countries, the United States’ trade deficit towards China alone grew from approximately 100 to over 400 billion dollars. In principle, contracting debt towards foreign countries should be considered neither good nor bad. Which it is depends on what the debtor country does with the others’ money. Yet this is not the point, because for the Trump Administration, a large trade deficit is no good, regardless.

Starting in 2018, Trump followed up his words with actions. Between tariffs introduced or threatened on Chinese imports, at the start of September 2019 almost all trade flows from China to the United States have been subjected to some sort of restrictions. In the other direction, in retaliation, almost all trade flows from the United States to China are currently suffering similar restrictions. If we look back in time, though, we notice two important aspects. The first is obvious: the trade war has effectively made international trade more difficult. The second is less obvious: even before the trade war, many restrictions on trade had already been introduced, especially starting with the financial crisis in 2008, under the Obama administration. The return to protectionism was not invented by Donald Trump.

Not only did Trump not invent the trade war, but if we look carefully, it has a lot less to do with tariffs than people believe. If we consider the major protectionist measures introduced by various countries after the crisis, among the “smallest” (that regard trade values of between 10 and 100 billion dollars) tariffs have an incidence of approximately 20%. But another 20% is represented by subsidies to domestic companies that compete with foreign imports, while approximately 30% of the measures regard support for exports, including subsidies to exporting companies. Among the “largest” protectionist measures (that regard trade values exceeding 100 billion dollars), the incidence of those in support of exporters reaches 85%, while tariffs and subsidies to activities that suffer competition from imports represent only about 5%. So there are various types of “doping” interventions by countries to favor their own exporters that represent the lion’s share of measures in current global trade conflicts. The most significant return to protectionism by the United States since the Great Depression of the 1930s is driven by the conviction that other countries (China, above all) practice public policies to support their businesses that distort free competition in global markets.

Are we facing the twilight of international free trade agreements? Not necessarily. While Donald Trump works daily to irritate his main trading partners with rotating tweets (from China to the European Union, from India to Canada and Mexico), the other countries have in fact renewed their enthusiasm for the production of a new generation of preferential agreements, aimed at strengthening their mutual economic ties.

In the case of the Old Continent, to date the European Union has agreements with approximately thirty-five countries. The last one to come into effect was with Japan, in February 2019. In addition, the Union has many other agreements in the final phases. It has already successfully concluded the negotiation phase of trade agreements with slightly less than thirty countries. Many of those involved are in Africa, but the jewel is the recent conclusion of negotiations with Mercosur in June 2019, the South American common market, that involves Paraguay and Uruguay, but also Argentina and above all Brazil, the largest South American economic power and a member of the small circle of “large emerging markets” (which includes giants such as China and India). These agreements await the signatures of the counterparties and the subsequent domestic ratification by the signatory countries. There are also many other agreements that have already been signed and are awaiting ratification, that involve Singapore and Vietnam, a large number of African countries, the Caribbean, almost all the countries of Central America, almost all of South America outside of the Mercosur, and especially Canada. Overall, the EU has trade agreements in effect or in the pipeline with more than one hundred countries throughout the world.

The reason for this European hyperactivity is that international trade requires certainty in terms of the “rules of the game.” International agreements and respect for them are the best way to create such certainty. Since March 2018, much has been said and written on the “first-order effects” of the trade war declared by the United States against the rest of the world, that is, on the effects caused by higher fees on American imports. Much less has been said and written on the “second-order effects” of the American president’s neo-protectionist strategy, i.e. on the uncertainty caused by the accelerations, shifts, and U-turns by his administration regarding international trade.

To understand how important these “second-order effects” can be, it is useful to analyze what happened after the United States and China became “friends” at the time the People’s Republic of China joined the WTO on December 11, 2001. Most of the extraordinary increase of American imports from China took place starting from that date. So it would be natural to think that it was the reduction of U.S. tariffs, due to China’s membership in the WTO, which caused the growth of U.S. imports.

That’s not actually how it went. The reason is that the tariffs imposed on Chinese imports by the United States remained almost unchanged after China’s entry into the WTO. What stimulated Chinese trade was not so much the reduction of tariffs as the reduction of uncertainty regarding the tariffs between the two countries. It is true that based on the “most favored national clause” (MFNC), no member state of the WTO can discriminate against another member state, imposing tariffs higher than those on other member states. However, the United States had already voluntarily applied that clause to China since as far back as 1980. The crucial aspect is that, being a concession, the United States could have revoked it at any time. Trade between China and the United States was promoted after 2001 not so much by the actual exercise of the MFNC, but by the certainty that such exercise could not be unilaterally suspended by one of the parties.

The trade war between the United States and China can only produce new tensions in the coming months as Donald Trump gets into his re-election campaign for the presidential election of November 2020. It cannot be excluded that the European Union will also end up being involved. However, the most lasting damage that Donald Trump is causing to the global economy may not necessarily come from greater tariffs, but rather from the uncertainty created on the “rules of the game” established by international treaties. This is why the costs of uncertainty caused by the trade war could remain with us for a long time, even if peace breaks out.

(Gianmarco Ottaviano is a Professor of Political Economy at the Bocconi University, where he holds the Achille and Giulia Boroli Chair in European Studies. The article draws on some reflections on the subject that have been published in the newspaper il Sole 24 Ore in recent months) 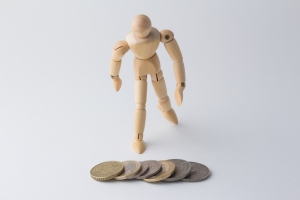