War and the Central Banks: Many Different Standards

Immediately after the invasion of Ukraine by Putin's Russia, the central banks of the Euro area, the United States, China, and Russia had to deal with the shock of war. They all had to consider three equally important elements: the contingent economic situation, monetary policy strategy, and the geopolitical element. But then, each of them adopted absolutely different strategies.

On March 10, the ECB opened its press release relating to monetary policy decisions with the Russian aggression against Ukraine, defining it as a "watershed moment for Europe." From that point on it was clear that the evolution of the war would be crucial to orient the navigation of monetary policy, that must find a balance between avoiding the risk of inflation, on the one hand, the reducing the risk of recession, on the other.

In this sense, in April 2022 the ECB announced a strategy based on two successive steps: first a gradual reduction of the emission of liquidity on the markets, and only afterwards a reconsideration of rates. The message was clear: given the uncertainty, both the course and the speed will be the same; staying ready to change one or the other, if new information changes the macroeconomic scenario. The April announcement confirmed the course that, initially chosen in December 2021, was gradually updated and calibrated based on the contingent situation. Thus the sequence already foreseen for monetary actions remained unchanged: first there will be a gradual reduction of the creation of liquidity, until June, and then it will be possible to consider a rate increase.

This announcement echoed the philosophy of gradualism in monetary policy, summarized by a sentence pronounced by Mario Draghi in March 2019, when he was president of the ECB: his advice then was that in a dark room you move with tiny steps. Facing worries from those who would have preferred an acceleration of a more restrictive monetary policy, the ECB pointed out that it was true that prices had increased more than anticipated, but that the phenomenon did not have the structural characteristics that would make it worrying. What was this about? The fact that there were still not significant signs that the increase of costs, that had taken place due to the rise in raw materials prices, was being incorporated into wages and salaries, through the mechanism of expectations. If this were to happen, it would be the canary in the coal mine, that would recommend reviewing monetary policy. Moreover, the ECB continued, when the shock that hits prices originates from costs for businesses, we need to be double prudent, to avoid a situation in which a premature, or excessive, monetary restriction triggers a recession.

The Fed's reaction was different. On March 16, the American central bank did acknowledge the war and its effect in terms of greater uncertainty, but above all it concentrated on the need to bring the inflation rate towards the target of 2 percent. To that end, a first rate increase was decided on, while promising further increases – which then took place – also to combat the growth of inflation. For the Fed Ukraine is far away, because the economic effects of the war for the United States are negligible.

The reaction of the People's Bank of China was different still. At the end of the month of March – the exact date was not provided, which is somewhat curious – the board of the Chinese central bank met, and issued a release that made no mention of Ukraine. In the analysis of the global economic situation there is a generic reference to the "growth of geopolitical conflicts." There is no trace of the risk of inflation, that worries the ECB and torments the Fed. Here, if there is an obsession, it is something else: monetary policy must finance economic growth, so as to reach the goals set by President Xi Jinping during the 19th Congress of the Chinese Communist Party. But if the obsession is growth, then a conflict that can undermine the global economic recovery, on which the Chinese economy is very dependent, should worry the People's Bank. No worries, at least in writing; even in the following weeks.

And what about the Russian central bank? After the military aggression against Ukraine, the first move on the chessboard of economic relations between Putin and the West was made by the latter, activating financial sanctions. Continuing the metaphor of chess, the king was placed in check. It was sufficient for the international SWIFT Consortium – with its headquarters in Belgium, and thus in accordance with the indications received from the ECB – to begin to prevent the largest Russian banks from using the security codes necessary for international transactions to provoke a crescendo of difficulties for Russian businesses and institutions, with the related economic harm.

The first victim of placing the king in check was the ruble. Those who are familiar with economics and history know that the need to defend the stability of the ruble's value is a cornerstone of Russian economic policy. There are two reasons. From the standpoint of the real economy, the pillar of resources is represented by the proceeds obtained from the sale of raw materials, that need to be stabilized; from the standpoint of the financial economy, all Russians – from oligarchs to common citizens – have an endemic tendency toward dollarization of their assets. Why? They don't trust the ability of the Russian state to protect the value of the ruble, given the tradition of painful devaluations and inflation. Thus the stability of the ruble is essential. It is no coincidence that in recent years the governor Nabiullina – the queen, in our metaphor – has earned the reputation in the field of being a "hawk" in the management of monetary policy, having always maintained a straight course precisely in defense of the value of the ruble. But placing the king in check provoked a fall in the value of the ruble on the financial markets.

The queen then immediately raised interest rates, with the aim of signaling to the markets that Russia would defend the value of its currency; capital controls were also introduced. In short, a sort of "whatever it takes." But for a "whatever it takes" to work, there is a necessary, although not sufficient, condition: the person who announces it must be credible. In 2012 the original "whatever it takes" included three elements: a respected and independent governor, and a strong currency, that in turn was an expression of a federation of advanced, democratic countries. Nabiullina's "whatever" had only a respected queen, who moreover was implementing a maneuver that had already failed, in Russia itself, at the start of the crisis in 1998. She was a queen who was doing what the king wanted. In fact, the move was useless. The effect was that the king being placed in check produced a second victim: trust among citizens began to drop, with the corollary of lines at ATMs. Because the citizens also remember how the game ended in 1998: financial crisis, inflation, and economic recession. The queen disappeared from the chessboard. And the king moved, announcing that the West would have to pay its imports from Russia in rubles. He moved his horse. The move made no sense according to economic analysis. But here it is political analysis that counts, that is, the need to obtain support. Finally, the king announced a fixed exchange rate between the ruble and gold, setting a price of 5,000 rubles for a gram of gold, valid until at least June 30 of this year.

The three measures can be included under the name of "currency sovereignism," being policies that aim to increase the demand for national currency. Currency sovereignism must consider the incentives that businesses and families have to use, or not use, a certain currency for transactions. The incentives are in turn of two types: the currency must be safe, in the sense of guaranteeing for those who use it that it will be accepted in transactions; and at the same time a currency must be stable, that is, over time its purchasing power in terms of real goods and services must not fall. In a single expression, we can say that the demand for a currency depends on how much it is a safe asset. As a consequence, public policies such as capital controls, or setting an equivalent value by law, ultimately will be caught by reality: they can be effective only in the short, or sometimes very short term.

A currency is safe and stable not because those conditions are imposed by an extemporaneous law, but because it is the ultimate result of decisions that both businesses and families make, for the long term. Only in a horizon of at least decades do geopolitical aspects also become crucial, that can impact a currency's characteristic of being a safe asset. A currency is sovereign to the extent that families and businesses of the country in which it is legal tender use it for their real and financial transactions. If foreign operators also do so, its sovereignty increases; it becomes a dominant currency. Being a safe asset is a necessary, but not sufficient, property; few currencies can aspire to the status of dominant currency, that in any event is never an irreversible condition.

In history, dominant currencies have come one after the other, with successes and collapses, that reflected the institutions that guaranteed their credibility as a safe asset. Over time, the currencies of Genoa, Florence, Venice, Amsterdam, then Portugal and Spain, and then the United Kingdom and the United States, have played that role. Our century sees the dollar as the dominant currency, with the euro representing a more recent success story. For the other approximately 180 currencies that exist today, their destiny is to be minor currencies. Only China, with its renminbi, seems able to aspire to a greater role in the future. But becoming a safe asset, and then a dominant currency, is a long and uncertain march; regardless of what currency sovereignists think, including those in Italy who are nostalgic for the old Lira, or perhaps for "Quota 90" (Mussolini's attempt at increasing the value of the Lira in the 1920s). 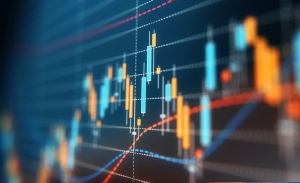