The international community has a weapon of deterrence available to it in regard to the Afghan government in the event it doesn't respect the civil and political rights of the population: financial quarantine. This is a measure by which the deviant country is precluded from any access to international banking and financial circuits. Nobody speaks of this, though. Why?

The European Union is deciding if and when to reopen relations with the new government of Afghanistan. The EU, like almost all of the international community, has stated that it is worried about possible actions by the Taliban regime that could violate the population's civil and political rights. So it is not considering the possibility of a formal recognition of the regime. At the same time, there must be a decision on how to open a "calibrated relationship" with the Taliban government – the expression used by Brussels – to prevent other countries from gaining additional space, countries such as China, Russia, and Turkey, that never closed their embassies in Kabul. To define a calibrated relationship, it could be useful to have a peaceful instrument of deterrence. Economic analysis indicates one: financial quarantine.

Let us start form what Afghanistan is from a macroeconomic standpoint. The last country report of the International Monetary Fund (IMF) – from December 2019 – underscores three peculiar aspects. First of all, Afghanistan is a weak nation, with growth that is systematically below 3 percent, considered the minimum threshold for a country that seeks to emerge from underdevelopment, as well as a foreign trade balance that is structurally negative, and a currency undergoing continuous devaluation. Almost 55 percent of the population is under the poverty level. Nevertheless, since 2001, pro capita income has quadrupled and life expectancy has grown from 56 to 64 years.

Second, Afghanistan is heavily dependent on international aid, that is equal to 40 percent of the country's GDP. Moreover, Afghanistan is a dollarized country, i.e. for exchanges the American currency is preferred to the national one. Finally, such a flow of resources from abroad, in terms of both amount and regularity, is judged in the IMF's report as a necessary, although not sufficient condition to allow the country to grow and sustain its debt.

Third, criminal activity plays an important role. On the one hand, there is the drug market, that the IMF estimates to represent about 10 percent of national output. On the other hand, the fight against corruption is a priority. Lastly, most internal financial exchanges escape oversight, given that the informal financial system represents 90 percent of the total. Drugs, corruption, and money laundering are a deadly toxin for the healthy and regular development of any community, as we know well in Italy as well.

So Afghanistan is a country with a fragile economy, polluted by crime, but heavily dependent on foreign financial resources. Therefore, if the international community wants to have an instrument of deterrence, financial flows must be placed under the spotlight. Last July, the IMF declared that, in the absence of clear, widespread international recognition of the new government, the country will not be able to access its loans. The same day, the Fed announced the freezing of the official Afghan reserves in the United States. The road is that of touching financial interests. It's the strategy of the carrot and the stick: only if you comply with international rules will I give you access to the funds. This is the same strategy on which a widespread instrument of deterrence used against deviant countries is based: blacklisting.

Is this an effective strategy? If it is applied the way it has been applied so far, the answer is no. Blacklisting has been systematically applied by the international community in recent years to address the problem of tax havens. Starting in the 1970s, with an almost regular frequency, world public opinion discovered the obvious: that there are black holes in the global financial system, known as tax havens, that are tolerated by advanced economies.

The importance of tax havens – meaning countries with highly opaque rules – grew along with the globalization of financial markets. Capital mobility followed the principle of comparative advantage: since operators exist who for different reasons – both lawful and unlawful – consider confidentiality regarding the origin and/or destination of certain financial flows to be a resource, some countries and territories have found it convenient to offer greater levels of opaqueness than the global average. At the same time, the presence of tax havens in generally tolerated by advanced countries, with a degree of tolerance that is cyclical. This is a classic example of the so-called entropy of financial regulation: the design of the rules oscillates between the extremes of tolerance and intransigence, depending on economic conditions, driven by an analysis of the political costs and benefits. As a consequence, the features of tax havens also have a structural trait – that is always present – and a contingent trait – whose characteristics are variable.

Here we see the limits of the tools used to date in international regulation: blacklists. The mechanism of blacklisting is simple: an international body defines the best regulatory practices, analyzes single countries, and enters those whose laws do not comply with the standards onto the blacklist. The efficacy of a blacklist assumes that a carrot and stick mechanism will take hold with respect to international capital flows. Such flows should avoid a country present on the list (the "stigma effect"), to then return when the country is again judged to comply with international best practices. In reality, the expected effect of blacklists is not at all a given: the presence of a country on the list can became a sort of "opaqueness license," a factor of attraction for capital that places value on an opaque system.

Let us analyze the most emblematic example: blacklists against money laundering, that were introduced by the OECD's Financial Action Task Force in 1999. Does the stigma effect exist? To answer that question, we can analyze the financial flows of 126 countries, in the years that go from 1996 to 2014. In that span of time, and for the sample considered, 44 countries entered and existed the list, including 13 advanced economies. There were two waves of countries on the blacklist: the first when the instrument was introduced, and the second after the Great Crisis, that began in 2008. In both cases, it is evident that international pressure to identify international capital flows – first in order to combat terrorism, and then likely for budget reasons, since advanced economies were in recession – increased.

So has there been an effect on capital flows? An initial descriptive analysis shows the capital flows recorded in the countries on the list during the period of the measure. If the stigma effect exists the result would be systematically negative, but this happens only in some cases. A more in-depth econometric analysis confirms the descriptive result: the stigma effect doesn't exist.

Therefore, if the international community seeks to use capital flows as an arm for deterrence in relations with an Afghan government that violates the rights of its citizens, it must do more. The instrument could be that of financial quarantine: a deviant country is precluded any access to international banking and financial circuits. This measure is technically possible in legal systems. Informal circuits would not be included, of course, from traditional ones to cryptocurrencies. But this does not explain why in the past forty years the international community has imposed embargoes of all kinds – even questionable ones, such as those on medicines – but never a financial embargo. Is it because pecunia, even if the result of drug trafficking, non olet?

Donato Masciandaro is a Professor of Political Economy at the Bocconi University, where he holds the Intesa Sanpaolo Chair in Economics of Financial Regulation. Since 1989 he has written for the newspaper Il Sole 24 Ore. Since 2005, he has contributed to Economia & Management drawing on and developing his comments and analysis published in that economic-financial daily. 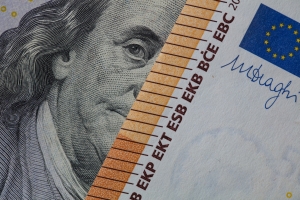