Kabul, Beijing, and the Geopolitics of the Ecological Transition

The ecological transition is also a "mineral transition" caused by the need for the raw materials necessary to produce wind turbines, solar panels, and electric vehicles. Afghanistan is sitting on very rich reserves of "critical" minerals – including what could be the largest lithium reserves in the world – which have a value, according to an estimate from about ten years ago, quantifiable at around one trillion dollars. With the United States' withdrawal from the country, Beijing can offer what Kabul needs: political impartiality, economic investment, and technology, and thus strengthen and extend the dominant position it already has in some vital segments of rare earth elements.

Afghanistan is a land of treasure. Recently, the international press, and it appears, the new Taliban government as well, have been anxiously following the fate of the Bactrian treasure, discovered in the north of Afghanistan shortly before the Soviet invasion of 1979. In six tombs that can be dated from the first century BCE to the first century CE, archeologists led by Viktor Sarianidi found more than 20,000 artifacts, including gold amorettos, dolphins, divinities, and dragons studded with turquoise, cornel, and lapis lazuli, but also rings, coins, weapons, earrings, bracelets, necklaces, and gold crowns. The artifacts found reveal a rare mix of aesthetic influences, from Persia to Greece, from Rome to China. Sarianidi has compared the importance of the discovery for the world of archeology to that of the tomb of Tutankhamen discovered in Egypt in 1922.

The items at Bactrian are not the only treasure at the center of international attention. Upon returning to power in Afghanistan after twenty years, the Taliban regained control of the country's precious natural resources. Afghanistan is rich in copper, gold, oil, natural gas, uranium, bauxite, coal, iron ore, rare earth elements, lithium, chromium, lead, zinc, precious stones, talc, sulphur, travertine, gypsum, and marble. An approximate estimate, dating to about ten years ago, indicates a total value of around one trillion dollars. An internal memorandum produced by the United States Department of Defense described Afghanistan as the Saudi Arabia of lithium. A decade later, this label takes on much greater weight.

A recent report by the International Energy Agency (IEA),[1] of which Italy is also a member, tells us why. The report assesses the fundamental role of certain "critical" minerals for the transition to cleaner energy sources than oil and coal. According to the IEA, the global energy system is currently right in the middle of an important ecological transition. The efforts of an increasing number of countries and companies to reduce their greenhouse gas emissions require the massive deployment of a broad range of low-environmental impact energy technologies, many of which are in fact based on a series of "critical" minerals. For this reason, the ecological transition is, de facto, also a "mineral transition."

The need for critical minerals varies among the different clean energy technologies, and also in the context of the same technology. For example, solar panels require above all copper and aluminum; wind turbines need copper, zinc, and rare earth metals; batteries for electric vehicles need copper, cobalt, nickel, lithium, rare earths, and aluminum.

According to Forbes, the five major "transition metals" are copper, aluminum, nickel, cobalt, and lithium. The sector with the greatest growth trend is that of electric vehicles, whose annual sales could grow from the level of 5 million today to at least 80 million vehicles by 2030. The bodies of electric vehicles will require aluminum, to reduce their weight to a minimum, and copper, for the cabling. The batteries for electric vehicles and the emerging energy storage market will stimulate the demand for lithium, nickel, and cobalt. Copper and aluminum will also be fundamental for the expansion of distribution networks, as well as for solar panels. By 2040, the demand for copper and aluminum could increase by one-third, and demand for nickel by two-thirds. For cobalt, the expectation is an increase of 200 percent, while for lithium it could be 600 percent.

In its report, the IEA stresses that a strongly evolving global energy system such as the current one requires a new approach to energy security. The more solar panels, wind turbines, and electric cars are deployed, the more the markets for transition metals will acquire an unprecedented role. From a future perspective, in addition to price volatility, there are worries about supply interruptions and possible changes in elements of the geopolitical balance.

Let us take the case of semiconductors. Today, millions of products, such as automobiles, washing machines, and smartphones, require semiconductors to function. The problem is that at the moment there are not enough semiconductors to satisfy global demand. The consequence is that many commonly-used products are beginning to run short. As reported by the BBC in August, it has become difficult to purchase PS5 game consoles. Toyota, Ford, and Volvo have had to slow down or temporarily interrupt production in their factories. Smartphone producers are also suffering: for Apple, the lack of semiconductors could influence iPhone sales. According to the consulting company AlixPartners, the lack of semiconductors could cost the global automobile industry approximately 210 billion dollars in sales in just 2021.

In a certain sense, this is the result of the pandemic. Yet it is also a longer-term trend. The price and variety of semiconductor materials vary, from abundant silicon to costly rare earth metals. This is where geopolitics comes in. Even before the pandemic, the semiconductor market was under pressure for two main reasons. On the one hand, the rise of 5G had begun to drive up demand. On the other, the decision by the United States to block the sale of semiconductors to Huawei induced the Chinese company to seek supplies elsewhere, and more in general, led China to accelerate measures to create a safer supply chain.

Bloomberg reminds us that, when the United States invaded Afghanistan in 2001, the global economy was very different: Tesla was not a company, the iPhone didn't exist, and A.I. – Artificial Intelligence – was the title of a science fiction film. Now Tesla, the iPhone, and artificial intelligence are icons of a new economy based on semiconductors, batteries and the related critical minerals. And Afghanistan is sitting on reserves with an enormous estimated value. This treasure will belong to those who succeed in helping the Taliban extract it from the soil.

"With the U.S. withdrawal, Beijing can offer what Kabul needs most: political impartiality and economic investment,” wrote Zhou Bo, a senior colonel in the Chinese Army from 2003 to 2020, in the New York Times in August. "Afghanistan in turn has what China most prizes: opportunities in infrastructure and industry building — areas in which China’s capabilities are arguably unmatched — and access to $1 trillion in untapped mineral deposits."

What struck the archeologists who discovered the Bactrian treasure was above all the multicultural nature of the objects, from Chinese-inspired boot buckles to Siberian-style daggers. Other objects included a Roman coin with the head of the emperor Tiberius, a silver mirror with Chinese engravings, rings with Greek text, and a coin with Buddhist images. Nowhere else had so many significant objects coming from so many different cultures been found in one site. The explanation of this variety is that Bactrian was located along the silk road that connected the West to China. Today, like then, all roads seem to lead to Beijing. 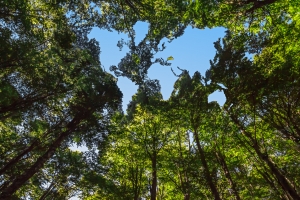