The dynamic of interest rates and inflation is posing a serious dilemma for central banks, and others as well: how to talk about them? Because the mechanism that goes from words to monetary policy to the final effect on macroeconomic variables passes through a "black box" which we still know little about. So there is a risk: instead of providing more clarity – the so-called "Odyssean effect" – there can be an increase of confusion – the "Delphic effect" – with all of the negative consequences that follow.

Since last spring, the spotlight has been on the dynamic of interest rates, and on the effect they can have on the risk of inflation. Everything began last May, when the data relating to consumer price growth in the United States showed the largest increase since 2008. It was a sign of an economy with exuberant aggregate demand, that is reflected in both real and nominal economic growth. So it is normal for interest rates on US government bonds to have risen, along with the dollar exchange rate. From that time, the crucial question has been to understand how temporary this phenomenon of price growth is. On this point, the members of the Fed's Board of Directors, starting with Chairman Powell, have repeated a sort of mantra: inflation will rise, but it will be temporary growth. As a consequence, the ultra-expansive orientation of monetary policy will not change, at least not until the post-Covid-19 recovery is a robust and consolidated reality, also in terms of risks of reversibility.

This mantra comes from a pillar of the monetary policy strategy, in particular since 2008 and above all in advanced countries: the relationship between inflation, economic expectations, and central bank pronouncements. The basic mechanism is simple: in the formation of prices – for both goods and services and for work, i.e. salaries – the principal motor is represented by expectations. If expectations are stable, every other shock that affects prices is temporary, and thus not worrying. The trend of inflation ends up resembling a yo-yo: it can deviate from the trend, upwards or downwards, but the trend tends to return.

This general reasoning has found a specific application in recent months to describe what is happening. The peculiar trait of the current economic situation continues to be uncertainty, given the peculiar weave between economic aspects and health aspects. It is true that indicators of uncertainty are showing improvement: for example, the World Uncertainty Index tells us that in the last quarter uncertainty has fallen constantly, after the peak reached during the Covid-19 emergency in the first quarter of last year. However, uncertainty remains, continuing to influence the supply of goods and services, and thus the relative prices. Some prices are more subject to the yo-yo effect than others, such as those of raw materials, but if expectations are not destabilized by these bounces, overall inflation will not be affected. The task of central banks thus becomes to formulate announcements that contribute to stabilizing expectations.

Yet the simplicity of the mechanism just described corresponds to a growing difficulty of its implementation, because between the economy that listens – families, businesses, and markets – and the central bank that talks, a "black box" exists in the middle.

What is this? It is communication on monetary policy, whose principal aspects can be summarized with three questions. First of all, to whom are central banks talking? Traditional economic analysis has always been tempted to put the financial markets up front, with the idea that they include actors who are very well informed and think more or less in the same way. But reality tells us that what consumers and entrepreneurs think is not less important, who for the most part often have expectations and beliefs that are very varied and volatile. Secondly, who transmits the words of the central banks? In this case, traditional economic analysis has neglected the role of the intermediaries of news. But again, reality, as well as recent studies, tells us that those intermediaries have grown in number and sophistication: traditional media are now joined by and intertwined with social networks: the result is that information is not simply transmitted, but modified, whether intentionally or not.

Lastly, how and when do central bankers speak? The most advanced economic research, in addition to highlighting the importance of the intermediaries of the words, is shedding light on the fact that the words themselves, as well as who pronounces them and where, are relevant. The final result is that the words of central bankers can be good or bad. Good words create the "Odyssean effect": the central banker is believed, and thus expectations react in accordance with the intentions of the person who pronounced those words. Bad words are those that provoke the "Delphic effect": the central banker is interpreted, seeking news implicit in his words, causing unpredictable and undesired effects. So every declaration on monetary policy becomes a proving ground.

Consider a couple of examples. Take the comment expressed by the Vice Chair of the Fed, Richard Clarida, in May, regarding the new data on prices. Clarida said he was very surprised, given the unexpected number, but at the same time was sure that the surprise was only temporary. Is someone credible who is surprised by a downpour, but says it's only a case of passing clouds? In essence: the Odyssean and Delphic effects will force central bankers to navigate between the devil and deep blue sea in the coming months.

The issue of the weight of words does not only regard central bankers. In the same period, Janet Yellen, Secretary of the Treasury of the United States, said that we need to think about the level of interests rates in the country. Her observation was correct, but at the same time was expressed by the wrong person. This represents an encroachment on others' areas of responsibility which is not good for anyone: the person responsible for fiscal policy must be very careful when she speaks of monetary policy. Otherwise, ambiguity is not reduced, but doubled. In other words, it is good to put the spotlight on interest rates, and thus on the responsibility of the Fed. But it is bad when the Treasury Secretary does it. Janet Yellen must deal with the dimensions and quality of public spending, but also the expected evolution of US public debt. The global data, confirmed by the Bank of International Settlements at the end of June, is clear: the stock of debt has exceeded the levels reached after World War II. Breaching the perimeter of monetary policy clarifies nothing, and only increases uncertainty. The importance of navigating carefully between the Odyssean and Delphic effects applies to politicians as well; and not only those in the United States.

Donato Masciandaro is a Professor of Political Economy at the Bocconi University, where he holds the Intesa Sanpaolo Chair in Economics of Financial Regulation. Since 1989 he has written for the newspaper il Sole 24 Ore. Since 2005, he has contributed to Economia & Management drawing on and developing his comments and analysis published in that economic-financial daily 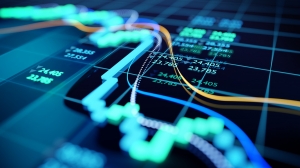