If politics completely and systematically controls currency, the risk of macroeconomic damage is high. Today monetary sovreignism seems to be a characteristic of Erdogan's Turkey, but this is not new. Over one thousand years ago, in that same territory that was then called the Byzantine Empire, the Dollar of the Middle Ages," the nomisma, saw ups and downs during the reign of Constantine IX that resemble those of the current Turkish lira, posing the question: what happens to the internal and external value of a currency when it loses credibility, due to the fact that is under the control of the politician in power?

If a country goes through three central bank governors in two years, as happened in Turkey, it means that its monetary policy is not credible. So it's no wonder that the Turkish lira is suffering and inflation is galloping. At the end of March, Turkish President Recep Tayyip Erdoğan fired the central bank governor Naci Ağbal, who had been appointed in November 2019, to take the place of Murat Uysal. In turn, Uysal had been appointed in July 2019 to replace Murat Çetinkaya.

How can we explain this waltz at the central bank? Let's start from the beginning. The decree that removed Çetinkaya did not give any justification, but the interpretation given by analysts was unanimous: in President Erdoğan's eyes Governor Çetinkaya was a hawk, who was implementing a monetary policy that damaged the main goal of the Turkish central bank, which according to its statute of April 2001, is price stability. In August 2018 Turkish inflation had reached the record level of 25 percent. Çetinkaya, applying an orthodox monetary policy, had raised the key interest rate to 24 percent; inflation fell in June 2019 to 15.7 percent. But the result was evidently insufficient for Erdoğan, who replaced Çetinkaya with his deputy.

In those months, President Erdoğan was seen as having an alternative view of the relationship between currency and inflation with respect to orthodox positions: to reduce inflation interest rates must be lowered. It's a view with at least two different theoretical foundations in economic analysis. On the one hand, there is what is called consumer price fiscal theory: if we think that inflation depends on the nature of public spending and its funding, it can be argued that with lower spending consumer prices will also slow down, because the rates the state pays on its debt are lower. From another standpoint, it can be thought that in the relationship between nominal rates and inflation there is an opposite movement than what orthodox monetary theory assumes, that is, that interest rates move inflation; this is called the neo-Fischerian perspective. This view can be justified if we assume that real rates never depend on monetary policy, such that changes in nominal rates influence inflation through the mechanism of expectations. Thus an expansive monetary policy signals to the economy that inflation is no longer a problem, and families, businesses, and markets incorporate that information into their expectations and thus their choices, and as a result inflation will fall. The opposite happens if interest rates do not fall, or even rise. In short, two non-orthodox approaches to monetary policy can be used to explain the allergy to high interest rates, typical of so-called doves, that has been attributed to president Erdoğan.

To use the distinction between doves and hawks, Uysal's monetary policy was that of a dove, but inflation and devaluation didn't stop. So last November, the replacement of Uysal with Ağbal was interpreted as a return to orthodoxy, to a hawkish approach: to combat inflation and devaluation, interest rates had to rise. This is what happened. In March, though, there was another about-face: Ağbal was replaced by Şahap Kavcıoğlu, whom the media consider a dove, and thus in line with the president's wishes. In mid-April, his first decision was to not lower interest rates, but he opened to the possibility of doing so, in the presence of a slowdown of inflation. The Turkish lira exchange rate suffered. The moral? It is suggested by the approach of economic analysis that goes beyond the hawks versus doves dichotomy: whether the person who decides monetary policy is a hawk or a dove matters little, if the central bank isn't sufficiently independent of politics.

The reasoning is simple: monetary policy is effective only if it is credible in the eyes of families, businesses, and markets. In turn, a necessary condition for credibility is the separation between politics and currency, because politicians have an endemic tendency to use currency improperly, because immediate political consent comes before long-term collective well-being. Here the indication from economic analysis is corroborated systematically in history: if the politician in power is not separate from the currency, he will end up acting as a sovereign. And what did sovereigns do when they controlled currency?  If they had no popularity problems, the currency could follow the needs of production and trade; otherwise, it became a tool for solving the problems of the sovereign, not his country.

This is called the fiscal approach to monetary policy: currency production is a form government revenue. The fiscal view of currency certainly dates very far back: part of the assumption is that the value of the currency is greater than the cost necessary to produce it. The difference between value and cost of a currency is known as seigniorage, a term that references the privilege of those with the power to print money to extract a fiscal advantage from it.

The origins of the fiscal use coincided with more or less sophisticated forms of currency manipulation: the goal was to tax one's subjects, without them realizing it, with a political goal as old as the world: finance public spending, and thus popularity, without paying economic and political costs. Originally, currency manipulation took place by reducing the gold content of the currency. Consider the "Dollar of the Middle Ages," the currency of the Byzantine Empire: the nomisma. For trade needs, its gold content had to be stable; but the empire's expenses needed to be funded, without raising taxes. Thus emperors manipulated the nomisma. In 1025 the state budget amounted to 5 million nomismas, while one nomisma contained 95 percent gold. But there were wars to fund: by manipulating the nomisma – reducing the gold content down to 81 percent in 1055 – and public revenues increased, on average by 10 percent. This is what the Emperor Constantine IX did. The manipulation had to stop at 73 percent, because otherwise the nomisma became too yellow, and the subjects would discover the trick. The end result was still a debasement of the value of the currency; sooner or later at least one of the three horsemen of the Apocalypse always appeared: inflation, devaluation, or financial bubbles. In history, as long as the sovereign controlled the mint, politics always had the upper hand over the economy.

From this point of view, Turkey's three central bank governors in two years undoubtedly represent a modern example of monetary sovereignism. And the economy and markets know the lesson of history, that is also confirmed by the most recent economic analysis. It is a lesson that can be summarized in a principle: the production of currency must protect the population's purchasing power, so currency manipulation is to be avoided.

The remedy? Currency production must be separated from politics, and managed by a central independent bank. Independence must be guaranteed on a financial level as well, and thus seigniorage assumes a new meaning: a central bank must be able to produce profits, to not have to knock on the door of the politician in power at the time, hat in hand. The data relating to 150 central banks for the last twenty years does show a trend towards producing positive, but moderate profits. The central bank must be independent, and to be so must also be efficient, producing profits, but its aim is not to extract seigniorage from the production of currency. This is what a politician – whether a sovereign or a democratically elected government – is always tempted to do. 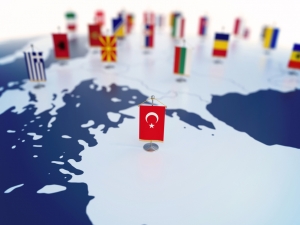