Brexit, Northern Ireland, and the Risks for Trade between the United Kingdom and the EU

What is the price of Brexit, and what has the United Kingdom gained from it? The violence seen in Northern Ireland starting last Good Friday is there to remind us that calculating the costs and benefits of a decision made on the tenuous boundary that separates economics and politics is not only premature, but also very complicated. The reason is that the context is unsettled, and while we begin to take stock of the first months since Brexit, unexpected clouds are forming on the horizon.

Since January 2021 was the first month with the United Kingdom outside of the European Union, the question arises naturally: is it all because of Brexit? A study by the UK Trade Policy Observatory at the University of Sussex helps us understand why, despite the necessary precautions, it seems very likely that the response to this question is for the most part yes.

The reasons for caution listed in the study are the following. First of all, the coronavirus pandemic has affected all of British trade, without distinction among its specific trading partners. For this reason, it is important to compare UK-EU trade with that between the UK and the rest of the world. Second, the economic adjustment after a shock of this entity requires time, so drawing definitive conclusions from the data for the first month after Brexit would be a bit reckless. Third, businesses acted in advance, accumulating stock in the last months of 2020 to mitigate the risk of potential procurement problems in the early months of 2021. Thus, the collapse of trade in January could merely be the natural consequence of that preventive accumulation. Fourth, the methodology with which trade data regarding the United Kingdom and the EU is collected changed in January 2021. A final consideration is that the interpretation of monthly trade data is complicated in general given its volatility. In its analysis, the Office for National Statistics compared January 2021 with the same month of the previous year, that in turn may not have been a "normal" year due to the negotiations taking place between London and Brussels, precisely on the question of Brexit.

The question, that it will only be possible to fully resolve when the data for subsequent months (and years) is available, is whether we are dealing with a permanent drop in trade between the United Kingdom and the European Union, or merely a momentary drop due to the fact that businesses must still get used to the new customs procedures. What is certain is that British imports have fallen much less than exports, but this took place simply because the United Kingdom initially adopted a transitory regime that essentially guarantees free entry of goods coming from the EU. Under London's current plans, this regime should end in July 2021. Then we will know better how difficult it has become for EU companies to continue to sell their products across the Channel.

If, however, the difficulties British companies are finding in selling on the European common market provide some indications of how difficult it will be for EU companies to sell in the British market, there is little to celebrate in the main capitals of the old continent. UK exports fell the most towards the three largest members of the EU: France (-56.8 percent), Italy (-56,6 percent), and Germany (-49.2 percent). On the other hand, UK exports to the United States fell less (-21.1 percent) and exports to China even less (-8.5 percent).

The end of the transitory regime providing for exemptions on customs procedures for imports from the EU to the UK is not the only cloud forming on the horizon of European trade; and it is not even the darkest one. In recent weeks, the very implementation of the Trade and Cooperation Agreement (TCA) seems to again be the subject of discussion. This is the free trade agreement between London and Brussels, reached at the last minute in December 2020 in order to avoid a "no deal," i.e. the application of bilateral tariffs in the absence of an alternative agreement.

The matter under dispute that has returned with force is that of the United Kingdom's "internal border" provided for by the TCA, the border between Northern Ireland and Great Britain (the island consisting of Wales, England, and Scotland). By leaving the European Union, the United Kingdom left not only the common market, but also the customs union, under which all goods coming from non-EU countries can circulate freely within the EU only after paying a single entry tariff for all member states, known as the "common external tariff." If it were possible to establish customs inspections between Eire (the Republic of Ireland, a member of the European Union) and Ulster (Northern Ireland, a nation of the United Kingdom), goods would be subject to this common external tariff when going from Belfast to Dublin. If it were possible…

Unfortunately, it is not possible to establish a barrier between Eire and Ulster without risking a return to bloody guerilla warfare by the Catholic nationalists, who want the separation of Northern Ireland from the United Kingdom and its annexation to the Republic of Ireland. As long as the United Kingdom was a member of the EU, the European common market and customs union allowed for placating the nationalists' claims, given that in the absence of customs inspections, the border between Eire and Ulster was essentially invisible. This invisibility was a pillar of the Good Friday "cease-fire" agreement of 1998, thanks to which the nationalist guerilla activities gradually disappeared.

However, to prevent non-EU goods from countries with free trade agreements with the United Kingdom, but not with the EU, from entering the common market from Northern Ireland, avoiding the common external tariff, there must be customs inspections somewhere. The TCA established them on trade flows between Northern Ireland and the rest of the United Kingdom, de facto creating an internal border in the arm of sea between Ulster and Great Britain. This enraged the Protestant unionists, who don't want any kind of separation of Northern Ireland from the United Kingdom, and even less so its annexation to the Republic of Ireland. What they fear, is that the new maritime border can end up transforming them into second-class subjects of Her Majesty, hostages to the nationalists but also to the majority of Northern Ireland citizens who voted against Brexit in 2016.

Due to its symbolic value, the unionists chose Good Friday 2021 to launch their urban guerilla warfare on the streets of Belfast and other cities in Northern Ireland. For nights Ulster was shaken by episodes of mostly unionist violence, with dozens of policemen injured and a crescendo of disturbances that hadn't been seen for years.

Tensions rose rapidly in the unionist camp from the moment that checks entered into effect for the crossing of the internal border, especially because it is widely thought that the constitutional position of Northern Ireland is threatened by the TCA, an agreement negotiated after the Democratic Unionist Party (DUP) - the unionists' representatives in the London Parliament – had lost its role supporting Prime Minister Boris Johnson's majority. While the party had hoped that Brexit could be a tool to strengthen Northern Ireland's position at the center of the United Kingdom, some clauses of the TCA (in particular the one on the internal border) clarified that Boris Johnson's government has other priorities, that are more English than Northern Irish. The recent disturbances are thus linked to unionist rage triggered by the harsh reality of the new customs inspections on goods shipped from Great Britain to Northern Ireland, that at least economically, seems to be joined more to the European Union than the United Kingdom.

The question of the internal border is, in fact, not only a question of political belonging. The reason is that, looking forward, that border could promote trade between Northern Ireland and Eire (and thus the EU) to the detriment of trade with the rest of the United Kingdom. This is why in recent months, Boris Johnson's ministers have repeatedly attempted to turn the tables, at times asking for a revision of the Northern Ireland protocol, and other times even suggesting unilateral violation of the same by London. On this point, just before Easter the EU launched a legal action against the United Kingdom for presumed violations of the Northern Ireland protocol aimed at undermining the agreed-upon functioning of the internal border. Brussels has accused London of attempting to violate international law, annulling the terms of the TCA to unilaterally delay the date to be set for the complete implementation of the bureaucratic procedures for goods that enter Northern Ireland from Great Britain.

The developments in recent days tell us that the representatives of the Union and of the United Kingdom are again sitting at the negotiating table to attempt to resolve the question. The disturbances in Ulster tell us that settling it won't be easy.

Gianmarco Ottaviano is a Professor of Political Economy at the Bocconi University, where he holds the Achille and Giulia Boroli Chair in European Studies. He writes for il Sole 24 ore and lavoce.info. For Economia & Management he expands on the comments and analyses published in those locations. 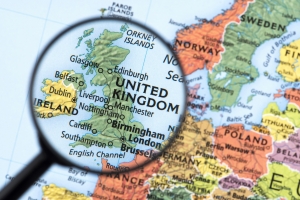