Biden and the Fed: a Bubbly New Deal?

Many people are asking the new United States President Joe Biden for a New Deal-style economic policy. The expectation may be legitimate, but a fundamental point must be clear: Franklin Roosevelt wasn’t sitting on a monetary and financial bubble.

Since January, the Fed has entered a new economic phase: it will have deal with the economic policy actions of Joe Biden, assisted by Janet Yellen. Many expect a "New Deal"; perhaps it is no coincidence that a portrait of Franklin Delano Roosevelt now hangs in the Oval Office, behind the new president. But what are the implications for fiscal and monetary policy?

Let us start with the similarities and differences between the situation that the Biden-Powell duo must address and the situation Roosevelt faced ninety years ago. The common element could be the considerable economic recession. In truth, from this standpoint Biden seems luckier than Roosevelt. In March 1933, Roosevelt inherited from his predecessor Hoover a drop of 13.4 percent in gross domestic product, an unemployment rate of 25 percent, and deflation of 10.2 percent. Joe Biden starts out with a recession of 2.8 percent, an unemployment rate of 6.7 percent, and inflation at 1.2 percent. That Biden is luckier than Roosevelt is also confirmed by a comparative analysis of the two recessions, that can be measured by a specific metric: the severity index.

The logic of the severity index is simple, and responds to the question: "Is it possible to measure how long and deep a recession has been, in terms of loss of domestic product?" In the case of the Great Depression, the value of the index – calculated for the period from 1929 to 1933 – is the highest in American history since 1790, by a large amount. For example, the severity index corresponding to the Great Recession of 2008-2009 is almost five times smaller than that relating to the Great Depression. Obviously, we don't yet have the value for the current pandemic recession, but we can already say that the climb Roosevelt had to face was much steeper than the one awaiting Biden.

Biden is also luckier for a second reason: the origin of the Great Depression was a financial bubble, and this usually makes recessions much more painful. The Great Depression of 1929 was in fact a recession due to excessive finance; a trait that makes it much more similar to the Great Recession of 2008 than the situation today. The Roaring Twenties were characterized by the mix between a very expansive monetary policy and financial deregulation; that mix produced the growth of private debt and stock prices. The dynamics of the monetary and financial bubble became unsustainable with the fall of prices; the combination of excess debt and deflation triggered the recession.

The origin of the pandemic recession, on the other hand, was absolutely different: a non-economic shock – the pandemic – was followed by the necessary public policies to protect health. The mix between contagion and restrictive policies affected both demand and the aggregate supply of goods and services. This time – at least until now – the banking and financial system has been an indispensible tool to face the costs of the pandemic recession, becoming part of the solution, not the origin of the problem.

Lastly, Biden is luckier for a third reason as well: the fiscal and monetary policies already implemented now are the opposite of those used in the Twenties, the ones that Roosevelt reversed. The Great Depression was initially addressed with monetary and fiscal policies that, in terms of both times and methods, we would judge as restrictive today. At the time, the concepts of anticyclical policies and flexible rules for exceptional periods did not exist: the public budget always had to be balanced, and parity with gold was always to be defended. With Roosevelt's New Deal, economic analysis developed the concept of policies tailored to the cyclical situation. Roosevelt, despite coming from a tradition of attention to balanced budgets, implemented a policy of excess public spending with respect to tax revenues. The corresponding deficits ended up reaching the then-unusual level of 6 percent of gross domestic product. Note that today, Biden is starting out with a public deficit equal to almost 15 percent. Above all, though, Roosevelt impressed a shift towards an ultra-expansive monetary policy, abandoning the anchor to gold; growth of money supply almost doubled within four years. It should be recalled that the economic policy of the New Deal also included significant interventions in the labor market and industrial policy, the effects of which are still debated today. Perhaps it's less controversial to say that the effectiveness of Roosevelt's policy was due in part to the mechanism of expectations: economic expectations completely different from the past – if they are credible – can represent an important driver of economic growth.

There is at least one aspect in which Biden and Powell are less lucky, though: Roosevelt was not sitting on a monetary and financial bubble. The Fed's monetary policy has been ultra-expansive for a long time now: in terms of money supply, in the last twelve months growth has been 22.2 percent, with respect to an average of below 5 percent in the last ten years. Fiscal policy is already ultra-expensive: pre-pandemic U.S. public debt was 79 of GDP, while it reached 101 percent in 2020. At the same time, private debt has grown, to which we must add the exuberance of stock prices. Roosevelt started from an opposite situation: the private debt bubble had burst, with a succession of bankruptcies of businesses and banks, and the crash of Wall Street; in 1933, public debt was 33 percent of GDP. Whatever the new New Deal will be, this is a difference that both Biden and Powell would be prudent not to forget.

It is not surprising that financial markets are nervous, which can be seen by the rise in interest rates. It is also true that today it is difficult to attribute an increase of nominal rates to a single cause. In principle, interest rates – at equal risk of the issuer, on the one hand, and risk of the duration of the security, on the other – depend on expectations relating to economic growth, inflation, and uncertainty. All three motors are potentially active, and thus the puzzle of rising rates is not easy to solve.

More in general, the attention to the dynamics of debt must apply to everyone: the expansion of public debt following the pandemic is a global problem. In January, the IMF declared that global public debt reached 98 percent of world GDP in 2020, up from 84 percent the previous year. The driver of the debt was obviously the growth of public deficits, for both advanced and emerging economies, of 13.3 and 10.3 percent of GDP, respectively. As regards Italy, the figures relating to the deficit for 2020 and 2021 (projection) are 10.9 and 7.5 percent of GDP, respectively, with debt rising to 157.5 and 159.7 percent of GDP. Thus, Rome should also keep its eye on the north star of the ratio between fiscal variables and economic growth. Because the markets observe the data, and a debtor must always pay attention to what counts for its creditors if it does not want to end up bankrupt one day.

Eichengreen B., 2014, Hall of Mirrors: The Great Depression, the Great Recession, and the Uses and Misuses of History, New York, Oxford University Press.

Donato Masciandaro is a Professor of Political Economy at the Bocconi University, where he holds the Intesa Sanpaolo Chair in Economics of Financial Regulation. Since 1989 he has written for the newspaper il Sole 24 Ore. Since 2005, he has contributed to Economia&Management drawing on and developing his comments and analysis published in that economic-financial daily. 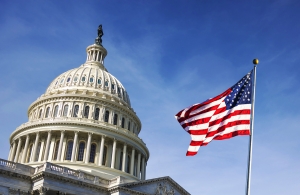