Finance, Oversight, and Fraud: the case of Wirecard

The German Wirecard scandal has at least one positive side: reminding non-Germans as well of the risks involved when someone who produces money is controlled by a shadow finance firm, under mostly opaque supervision. The payment system is too important to allow unregulated subjects to operate in banking and financial services, with the aggravating circumstance of non-transparent supervisors. In any event - as in the cases of Parmalat and Enron - regulators and politicians always find a scapegoat.

In the month of June, the Wirecard scandal erupted in Germany. Let's recall the main events. Until that time, Wirecard was mostly known as a success story among companies that use technology to produce banking and financial services. These are firms that some love to call "financial unicorns:" the noun evokes the special nature - whether true or presumed - of the technology used, and the adjective the activity in the sector of banking and finance. But all of the sudden, a statement released by the Central Bank of the Philippines confirmed some important news: Wirecard has a budget hole of almost 2 billion euros. The resigning CEO and largest shareholder Markus Brain denies all charges. Wirecard withdraws both its 2019 financial statements and those for the first quarter of 2020. The hole surprises most people, but not everyone. In fact, since January 2019, a series of cracks reported by the international press had begun to raise doubts about the solidity of the financial unicorn. The cracks then turned into a full collapse: Wirecard became insolvent, and - based on data from mid-July - lost 97 percent of its value on the stock market, equal to over 12 billion euros.

Who regulated Wirecard? If a business offers banking and financial services, the supervisors in the sector should answer for it. So the spotlight shines on the BaFin, the German financial supervisory authority. When the scandal broke out, the president of the BaFin, Felix Hufeld, admitted that the Wirecard hole was a "complete disaster," but at the same time specified that his supervision regarded only a small slice of Wirecard, and not all of the activities in the payment system by the former star of technology applied to finance. The same can be said by the Bundesbank, that should know something about money.

Two large holes in oversight have thus emerged. The first is that a company not subject to the supervision the banks must follow can operate in the money sector. From a regulatory standpoint, Wirecard is the classic example of a shadow financial company: it competes with banks, but doesn't need to follow the same rules, and thus bear the same costs. It is a case of unfair competition, but what is more important are the risks this entails for the most delicate sector of an economy: the payment system. The healthy and regular functioning of a market economy entails two types of money. There is public money, issued directly by an independent central bank; and then there is private money, that is issued by banks. Citizens accept the latter with no problems, because they are convinced that the state subjects to the bank to special supervision. The privilege banks have of issuing liabilities that citizens use as money must correspond to a regulatory cost, to guarantee the quality of their money. And then there are the Wirecards that periodically arise. But the existence of shadow finance alongside public and private money is risky. The solution? Whoever produces and distributes private money, or can directly or indirectly influence those functions, must be subject to the same supervision as banks; starting with the requirements of transparency and solidity. Monetary privilege cannot be a free lunch.

The second hole regards the issues of independence and accountability, usually reserved to central banks as the institutions responsible for monetary policy. In reality, the question of the quality of the governance structure of supervisory authorities must be addressed systematically. The actions of central banks are subject to precise rules. Their independence does not mean discretion. The independence of a supervisory authority is born of the need to be at arm's length from both politics and the regulated companies. So central banks must be transparent. Their relations with politics and banks must taken place in a glass house, so that citizens can observe and judge. The glass house, though, must be true for all supervisory authorities. The case we have seen in Germany leaves us astonished due to the possibility it gives observers to raise doubts - serious doubts - on the impartiality of the referee, the BaFin, with respect to the conduct of the player, Wirecard. The European Union, through its financial oversight authority - the ESMA - has decided to examine the Wirecard case, including the issue of national supervisors.

An important premise is required: before judging a regulator, when we are dealing with presumed unlawful conduct, we must wait to understand how false the information was that the regulator used for its actions and decisions. If the regulator acted professionally and honestly based on false data, it has no fault. At the same time, though, we need to understand if the design of the rules in which the regulator acts can be improved, in terms of transparency and accountability. Economic analysis must also make progress. Defining goals for monetary policy is easier than for oversight policy, on banks as more in general on financial markets. Yet this must not become a convenient pretext for regulators to do and say what they want. An excess of discretion becomes license. The German episode has shown once again that there are two large holes to be fixed on the subject of transparency and responsibility.

In the subsequent weeks, the "four sisters" appeared in the dock, as the four global auditing firms are called: Deloitte, EY, KPMG, and PWC. Nothing new: every time the lights are turned on a global crash, the great debate starts on who audits the auditors, as already happened with Parmalat and Enron. It's too bad that the great debate is the umpteenth performance of a play already seen many times.

The title of the play is "throw the auditor on the front page," and it usually has three acts. In the first, a disease is discovered: a company - better if it's large and global - suddenly goes bankrupt because a so-called "hole" is discovered. In the second act, there is the diagnosis: it's the auditor's fault. In the third act is the cure, or better a series of cures, that we will try to summarize with a formula: a global oligopoly exists, which needs to be dismantled. Now, without even going too far back in the news accounts, starting from the Parmalat case, the play has been running since about 2003, we can say, and it's always the same, without anything new ever happening.

Why? The response is simple: the four sisters, despite being private companies, perform a "quasi-public" function of producing information, that on the one hand appears essential in the current functioning of the capital markets, and on the other also does not seem replaceable. The reason? Those who make the rules - the politicians and regulators - have no interest in producing a different model. For them, it's the best of all possible worlds, at least until proven otherwise. Note that there is a parallel story that has been getting repeated more or less for the same number of years. The title is different - "throw the rating agency on the front page" - but the substance is the same: the markets need information, those who produce it are private entities legitimately oriented towards profit, and those who make the rules have an interest in that offer of information remaining in its "quasi-public" form. So private ratings are incorporated into regulation. For example, see central bank rules, starting with those of the ECB. So even public oversight institutions delegate the task of producing necessary information to perform their public functions of regulation and supervision to auditing firms and ratings agencies.

How broad is the delegation that the banking supervision authorities give the auditing firms? Last January, the Journal of Financial Stability published a study - of which this writer was among the authors - that attempted to answer the question. The study analyzed the relationships between banking supervision authorities and auditing firms in 115 countries in the period between 2007 and 2012, so as also to detect a potential "great crisis effect." To develop a numerical indicator that summarizes those relationships, three different areas were analyzed: auditing requirements; the requirements of the auditor; and the nature of the relationships between the supervisor, the auditor, and the bank subject to supervision.

The numerical indicator was called the "Involvement Index" (II), and could have a value from 0 – no delegation – to 9 – maximum delegation. The results tell us that the supervisory authorities rely heavily on the work of auditors: in 2007, 68 percent of the sample showed an II with a value above 8; in 2012, that figure rose to 75 percent. Note also that with the reduction of the role of the auditors, there is an increase in the likelihood that the country was affected by the great crisis. The data shows that supervisors thus increased the delegation to auditors after the great crisis. There are at least two possible reasons: in general, in normal times, the auditor is a specialized worker, who thus performs the function better than a generalist worker - the supervisor; in extraordinary, perhaps negative moments - such as right after a financial scandal - the auditor is a useful scapegoat, for the supervisor, but also for politicians.

The II also appears sensitive to some characteristics of supervision systems. The more the central bank increases the number - and thus the complexity - of its responsibilities, the broader the functions delegated to the auditors. Moreover, recent years have seen a race to the top, in the sense that the increase of delegation from the supervisor to the auditor was more likely to the extent that the country under examination started out with a low level of delegation. Thus, the relationship between the supervisory authorities and the four sisters appears to be robust and systematic. Yet financial scandals still occur.

Today it is Wirecard's turn. German politicians and supervisors - like all politicians and supervisors in these cases - reacted with surprise and indignation. The Deputy Finance Minister Jörg Kukies pointed the finger at the auditors' self-regulation body - the FREP - that until now was tasked by law and the BaFin with supervisory duties; he promised a reform of the rules, in favor of the BaFin; no surprise there. As usual, "throw the auditor on the front page." Which obviously does not mean excluding the possibility that in this specific case, one or more auditors are at fault. But making auditing the scapegoat, without addressing the issue of the quasi-public nature of their actions, is too easy and convenient for politicians and supervisors. Like every time people bury their heads in the sand; until the next Wirecard case arrives.

Donato Masciandaro is a Professor of Political Economy at the Bocconi University, where

he holds the Intesa Sanpaolo Chair in Economics of Financial Regulation. Since 1989 he

has written for the newspaper il Sole 24 Ore. Since 2005, he has contributed to Economia & Management drawing on and developing his comments and analysis published in that 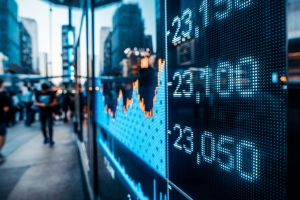