Recovery Fund: How to Distribute the Resources among Member States?

The specific regional characteristics of EU countries suggest that the criteria for an efficient and fair allocation of the Recovery Fund should not only be the number of victims and prior fragility of the local economies, but also vulnerability to effects of the pandemic in the near future. Resource planning should thus focus on regional characteristics in terms of productive specialization and interaction with international markets, especially those outside of the EU.

The Member States of the European Union are currently engaged in difficult negotiations on the Recovery Fund, the fund of 750 billion euros whose purpose is to help European regions recover from the Covid-19 shock. The public debate is dominated by the question of "conditionalities," that is, to what extent the provision of the funds must be conditional upon specific economic policy choices by the beneficiary countries. Although important, this question risks overshadowing another decisive issue, that of the criteria for allocation of the resources among the Member States.

Should the EU favor the countries hardest hit by the pandemic? If so, what criteria should it use? The number of victims, the prior fragility of the economy, or its vulnerability to the pandemic's effects in the coming months (and perhaps years)? In its proposal for the Recovery Fund, the European Commission suggests allocation criteria linked principally to the rate of infection and past economic results. In this sense, the proposal implicitly contains an element of insurance (the most infected countries obtain more resources) and an element of redistribution (the countries with lower pro-capita gross national income obtain more resources). However, for a more effective management of the pandemic crisis in Europe, it would be better to allocate the resources of the Recovery Fund differently, giving more consideration to the specific industrial and economic structure of European regions.

In terms of victims, the Covid-19 epidemic has affected the various geographic areas of the EU very differently. The mortality rate was over 800 per million inhabitants in Belgium; 500-600 in Sweden, Italy, and Spain; approximately 400 in France and The Netherlands, approximately 100 in Germany, and less than 50 in many Eastern European countries and Greece. In turn, these figures hide more pronounced differences within countries. For example, almost one-half of Italian deaths took place in Lombardy, with a mortality rate of 1,600 deaths per million inhabitants, while Southern Italy had mortality rates closer to those of Greece. An analogous situation is found in France and Spain, if we compare the metropolitan areas of Paris or Madrid (that reached 1,160 and 1,300 deaths per million inhabitants, respectively) with the rest of the country. In terms of prior fragility of the local economy, many regions favored by European structural funds have been only marginally affected by the pandemic as regards the number of victims. Significant examples are concentrated in Southern and Eastern Europe.

Based on the number of victims and prior economic fragility, it thus seems clear who should receive most of the resources of the Recovery Fund. Perhaps this is why the European Commission has suggested these allocation criteria. The approach seems even more reasonable if we consider that the economic impact of the epidemic has until now been relatively uniform among countries. The change in weekly consumption of electricity in 2020 compared to 2019 (a simple indicator of economic activity in real time) shows that in countries like Italy, that were the first to implement a strict lockdown, electricity consumption dropped by as much as 30 percent already in March. However, by mid-April this figure was essentially the same in countries with fewer deaths and less strict lockdown measures such as Germany. All European countries then saw their economies restart together as soon as the lockdown was removed. This relative uniformity is confirmed by the estimates of the European Commission, that forecasts an average reduction of GDP of 7.4 percent on an annual basis for the European Union, with relatively limited variability of different countries from the average, variability which is seven times less than the variability in deaths.

While using the number of victims and prior economic fragility as allocation criteria for the Recovery Fund has the advantage of providing objective clarity, it could nevertheless lack efficacy and farsightedness if we are willing to shift our gaze from the past to the future. In fact, looking forward, the economic geography of European vulnerability linked to the possible effects of the pandemic is very different from that of mortality and prior economic fragility. The reason is that European regions have different exposures to two types of vulnerability, one internal and one external.

The internal risk factors regard the economic consequences of local contagion, determined not only by possible new waves of the epidemic, but also by the impact of the adoption of new safety standards, which varies greatly between sectors and thus between regions depending on their specialization. From this standpoint, the regions with the highest internal vulnerability are principally those of the economies of Southern Europe, that depend more on the tourism and transport sectors. The regions with more manufacturing are less exposed, given the greater possibility to adapt production processes to safety measures. On the external front, the vulnerability regards above all global value chains, to the extent that the spread of the pandemic outside of Europe generates risks for the import/export of raw materials, semi-finished and finished products. In this case as well, the sectoral specialization of the local economy has a well-defined impact. While it is true that over half of the trade of the EU regions takes place within European borders, there are however regions, like those of Eastern Europe, for which intra-EU trade is still very important, and others, such as Greece, that depend more on extra-EU trade.

In general, the number of victims and the prior fragility of the local economy do not go well together, and have little to do with economic vulnerability in the near future. If we consider the four largest countries in the EU (France, Germany, Italy, and Spain), the regions hit hardest by the pandemic in terms of contagion are not necessarily those most economically vulnerable. For example, the despite the low number of infections, the Balearic Islands are very vulnerable given that 75 of their income is linked to tourism. The same is true for other European regions such as Provence-Alpes-Cote d'Azur in France, Berlin in Germany, Calabria and Sardinia in Italy, and Brussels in Belgium. To the contrary, regions such as Lombardy, Bavaria, and Île-de-France, that were hit hard by the contagion, are less vulnerable due to an industrial structure characterized by a strong manufacturing sector and more intense international trade with EU partners than with non-EU countries.

All of these aspects should be given more attention in the negotiations on the Recovery Fund in order to design an allocation of the resources that is not only more efficient, but also fairer. The regional differences in terms of industrial and employment structure cannot be ignored because those differences will determine the local economic impact of the pandemic crisis in the coming months. In this sense, the comparison of the allocation of the resources proposed by the European Commission with that dictated by the vulnerability of European regions, shows partial reassuring overlaps for Greece and Spain, but also, although slightly less, for France and Italy. Yet this reveals some worrying differences. In particular, some of the most vulnerable countries, such as Ireland, do not receive proportional support in the Commission's proposal, while other less vulnerable countries such as Poland, Romania, and Hungary, are disproportionately rewarded due to their prior fragility (in particular because of their unemployment rate in the period from 2015 to 2019).

In conclusion, once the question of conditionalities has been overcome, the debate on the Recovery Fund should deal with how to attain an efficient and fair distribution of the resources made available. The planning of that distribution should focus on regional specificities in terms of productive specialization and interaction with international markets, especially those outside of the EU. These specificities suggest that the criteria for efficient and fair allocation cannot only be the number of victims and prior fragility of the local economy, but that importance must also be given to vulnerability with respect to the economic effects of the pandemic in the near future. The regional perspective would also allow for highlighting two important factors: the first (and most obvious) is that even on the issue of vulnerability, the differences between areas of the same country can be much more pronounced than those among different countries. The second (and less obvious) is that the interests of some areas of more "frugal" countries can be in line with those of some areas of less "frugal" countries.

Gianmarco Ottaviano is a professor of Political Economy at the Bocconi University, where he holds the Achille and Giulia Boroli Chair in European Studies. The article draws on the recent book by Carlo Altomonte, Andrea Coali, Gianmarco Ottaviano entitled "EU recovery plans should fund the COVID-19 battles to come; not be used to nurse old wounds," www.bruegel.org. 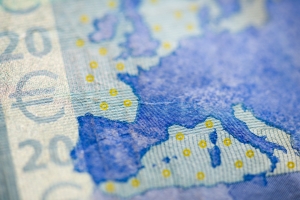