The interest rate cut of 50 basis points by the Fed communicated in a four-line release, and the uncalled for comments by Christine Lagarde during a recent press conference, prove that the management of communications by the Fed and the ECB is not adequate for this situation of crisis

Modern monetary policy is based on facts and words. In dealing with the emergence of the macroeconomic risk of the coronavirus the Fed has gotten the facts wrong, while the ECB has gotten the words wrong. Let us see why.

In general terms, the coronavirus belongs to the macroeconomic family of rare events. As such, its effects on the dynamics of the choices of families, businesses, and financial markets can be both significant and at the same time unpredictable, both in terms of extent and duration. So the coronavirus is a catalyst for uncertainty, that places every central bank in front of a temporal sequence of two different types of risk, each corresponding to a different type of error.

The first risk is linked to a possible error in evaluation of demand: what will be the effects of the coronavirus on the economy of the country - or of the geographic area, thinking of the ECB - for whose monetary policy the central bank is responsible? The central banker can have two different attitudes, distinguishing between doves - those who prefer interventionist policies, even at the cost of creating excess liquidity - and hawks - who are hostile to interventionism and to monetary laxity.

The doves would prefer a preventive approach: we must attempt to anticipate the negative consequences of the rare event on economic growth and inflation, to try to neutralize them as much as possible. The hawks don’t like the preventive approach: given the uncertainty about what the coronavirus will really mean for the economic system, prevention could seem a lot like guesswork. The more uncertainty there is, the more we risk fighting the wrong war, to paraphrase Friedman. So it’s better to take a curative approach, the hawks argue: let’s wait to see the GDP and inflation data, and then assess what needs to be done. And there is another complication: once the strategy for intervention is chosen, there is the risk of making a wrong decision, that in turn depends on the three different ways central banks think.

The first mode of thinking regards the analysis of the economic and public costs and benefits in the medium-term, the proper time horizon for an independent public institution. Yet there is another approach as well: since central banks are technocracies, there is also an analysis of the political costs and benefits, if the central bankers see themselves as bureaucrats interested principally in power and the prestige of their administrative machine. The bureaucrat has a more specific, short-term horizon than that adopted with the institutional view described above. Finally, there is the possible role played by psychology. The psychological motive can in fact be a powerful driver of decisions. When psychology becomes a significant factor, the time horizon of decisions is further shortened. Even central bankers can become short-sighted and irrational, if what counts is only the perception of the possible effects of their actions in terms of personal career or reputation. Taking all three possible motives into account - economic, political, and psychological - can help us understand the choices made so far by the most influential central banks in the world: the Fed and the ECB.

The Fed has implemented a monetary policy that is surprising from two standpoints, as regards both the extent of the reduction and its times. As for the amount of the rate cut, since 2000 there have been only eleven reductions of at least 50 basis points, four in the period when the Fed had to deal with the financial crisis caused by the explosion of the so-called dot-com bubble in 2001, and five times to face the great financial crisis of 2008, that was also triggered by a bubble, this time in real estate. A similar reduction also took place once in 2002, and once in 2007. Furthermore, a reduction of fifty basis points had not been seen since 2008, over eleven years ago. The timing was also absolutely unconventional, as the communication came outside of the schedule of the regular meetings of the Fed Board. The surprise effect can be a weapon for central banks, provided that the surprise is credibly explained. This is not what happened at all, though. The important decision of a sudden, large interest rate cut of fifty points was announced with a press release consisting of four lines, lacking any explanation, and merely citing the coronavirus. Yet we all know that the macroeconomic effect of the epidemic - on each economy - is anything but predictable. We know that a sudden event can distort both production chains and the choices of those who consume and save; just as we know that the principal channel that leads from monetary policy to the decisions of families, businesses, and markets is that of expectations, whose functioning, as demonstrated by the initial reaction from Wall Street, cannot be taken for granted. If you sow opaqueness, you shouldn’t be surprised by this result. Yet we saw the list of the Federal Reserve Board who voted in favor of the cut: all of them. Because they know that nobody will complain; to the contrary, many will applaud, starting with the White House, beyond the usual grumbling from President Trump, used as a facade, and strategically. For the Fed, this is good enough for now.

The ECB made its move the next week, also following an expansive monetary policy. In its choices, the ECB did not repeat the Fed’s mistake of implementing a monetary policy based on a mix between surprise and ambiguity. There was no surprise: the choices regarding liquidity and contingent announcements appear substantially coherent with the rules of conduct that have characterized the ECB to this point, but calibrated with regard to the exceptional nature of the moment. The coronavirus effect was defined as a significant, negative event, but one that at this time cannot be considered permanent. Moreover, the effect of uncertainty requires a priority role for fiscal policies. Unfortunately, during her press conference on Thursday, March 12,

President Lagarde was unable to pronounce words consonant with the extraordinary nature of the economic moment. The episode brought to mind what happened in March 2018 - obviously in a completely different context and with completely different effects - when the markets, always ready to bet on unexpected events, mistook the simple elimination of a sentence from a press release with the announcement of a change of course in ECB policy, causing a strong drop in the euro-dollar exchange rate. The inappropriate communication from the president meant that the ECB’s decisions were passed over in silence. The central bank was damaged by her personal behavior, that can have political or psychological reasons. What counts is to ask if the communication procedures of the central banks are up to the times. For example, is it wise to continue to have the president continue to manage communications, when that individual does not have the necessary technical skills, such as in the case of Christine Lagarde, but also Jerome Powell? Both of the central banks have made false steps. Have they learned their lesson? 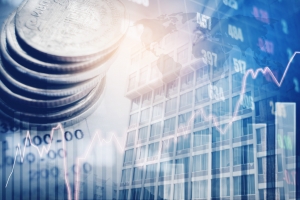