In the first week of March, the negotiations between the European Union and the United Kingdom began. However, it seems unlikely an agreement can be reached rapidly

In the first week of March, the negotiations between the European Union and the United Kingdom began on future relations after Brexit. To begin to understand how things will develop, it’s useful to define the situation, rapidly reviewing the fundamental steps taken recently on both sides of the Channel.

Almost four years after the British referendum on Brexit, on January 31, 2020, the United Kingdom left the European Union - and the European Atomic Energy Community (Euratom). The method of withdrawal is governed by the “Withdrawal Agreement,” that regulates the credit and debit relationships between the parties in relation to all prior commitments. The agreement took effect on February 1, 2020, and provides for a transition period until December 31, 2020, during which the laws and regulations of the Union will continue to be valid for the United Kingdom. If by the end of the year a special agreement has not been reached, the mutual economic relations will revert to what currently exists with countries outside of the Union. All of this could be postponed, but for one or two years at the most, if before July 1, 2020, the Union and the Kingdom agree to extend the deadline.

What is on the negotiating table right now? In the guidelines made public on March 23, 2018, the European Council announced the Union’s determination to establish a partnership with the United Kingdom in the future that is a close as possible. The partnership would regard many important dimensions, including economic and trade cooperation, the fight against terrorism and international crime, security, defense, and foreign policy. The principles of this “special relationship” appear in the joint Political Declaration of October 17, 2019: “The Union and United Kingdom are determined to work together to safeguard the rules-based international order, the rule of law and promotion of democracy, and high standards of free and fair trade and workers' rights, consumer and environmental protection, and cooperation against internal and external threats to their values and interests.”

On February 3, 2020, the European Commission submitted a recommendation to the European Council to start negotiations on the new partnership with the United Kingdom. This was a first step in the process of negotiation, by which the Commission invited the Council to authorize it to formally open the negotiations. The recommendation includes an overall proposal for negotiating directives and conditions on the type of agreement to be reached concerning trade and economic cooperation, the application of laws and legal cooperation on criminal matters, foreign policy, security and defense, participation in EU programs, and other specific areas of coordination. The authorization to proceed from the Council arrived on February 25, 2020, indicating the week of March 2, 2020 for the start of the negotiations.

Throughout the entire process, the Union has been careful to demonstrate its good intentions, but also its firm approach. In the words of the Commission President, the German Ursula von der Leyen: “It’s time to get to work. There is little time. We will negotiate fairly and transparently, but we will defend the interests of the EU and the interests of our citizens, to the end.”

The Union’s lead negotiator, the Frenchman Michel Barnier, echoed her: “We will negotiate in good faith. The Commission will continue to work in close contact with the European Parliament and the Council. Our duty will be to defend and advance the interests of our citizens and our Union, seeking to find solutions that respect the decisions of the United Kingdom.” However, Barnier added, it was Great Britain’s choice to have a more distant relationship than the Union wanted. In principle, there is openness to offering Westminster a free trade agreement without tariffs or quotas that is even more generous than the one reached with Canada, but, Barnier said, at certain conditions essentially linked to principles of economic fair play. The goal is to prevent UK companies and banks from exploiting the benefits of the common market in an unfair way with respect to their European competitors.

To the brave face presented by the Union, until now Boris Johnson has responded with his usual contemptuous arrogance, which Brussels has gotten used to by now. Speaking at the Royal Naval College of Greenwich, a temple of past British sea power, the Prime Minister energetically rejected the conditions of fair play as binding. He would like a free trade agreement along the model of the one with Canada, but since Canada does not appear to be bound by specific conditions of fair play, he does not find it acceptable for such conditions to apply to the United Kingdom. In particular, his opinion is that in the absence of express acceptance of European rules on competition, subsidies, environmental and social protection, Brussels should simply trust his promise to maintain the highest possible standards for British companies and banks. The problem is that this way, Johnson is essentially asking Brussels to believe that the United Kingdom will follow what has been set forth in the Political Declaration, after having made it clear on various occasions that he doesn’t agree with the interpretation of that declaration expressed by his former European partners. Should it be a surprise that the EU is reluctant to merely trust his word?

This impression is exacerbated by the fact that Johnson has already said that if a Canada-style agreement is not reached by the end of the year, the United Kingdom would be more than happy to seek an alternative agreement such as the one with Australia. This is obviously a joke, because for now Australia has no special agreement with the Union. The British Prime Minister further added that if substantial progress is not made by the end of June, London would be ready to leave the bargaining table to dedicate itself full-time to preparations for a future without an agreement. In other words, Johnson refuses to even consider an extension of the transition period beyond the current year.

In Brussels they are used to Johnson’s arrogance in the media by now, given that he used the European question as an electoral weapon to come to power. However, the British humor with which the Prime Minister underestimates the implications of Brexit for his country and its ex-partners, is beginning to open the first cracks in the positive mask which the Union has adopted until now despite the difficult situation. “We have proposed a trade agreement with a country that has a very particular and unique close geographical proximity not like Canada, not like South Korea and not like Japan, “ Barnier recently stated. “Very particular. We are ready to propose and work very quickly with Britain on the basis of the political declaration, which was agreed with Boris Johnson. We stand ready to propose this agreement, if the UK wants it.”

Barnier was echoed by the EU’s trade commissioner, Phil Hogan of Ireland, who warned that if negotiations failed, the United Kingdom would bear “full responsibility” for its choices: “We’re looking for a level playing field and they don’t seem to want it.” “It’s a big worry for many of the manufacturing sectors in the UK. If they want to diverge from the existing rules and regulations, we are going to have problems. And the more they diverge from the existing EU law and regulations, the more problems we’ll have.”

For the Belgian Guy Verhofstadt, who has coordinated the European Parliament’s actions on Brexit, the United Kingdom has approached the negotiations with the EU as if the two sides were “living on two different planets,” the reason why reaching a positive outcome of negotiations in light of the current British approach will be very difficult. For many in the capitals of Europe, the entire Brexit issue is seen as a result of internal problems in the United Kingdom that have nothing to do with the European Union. Since the June 2016 referendum, the Member States have already spent a great deal of time and money while waiting for London to define not only its intentions, but also a coherent and realistic approach to negotiations. With the specter of the Coronavirus spreading around Europe and the renewed pressure of migrants from the conflict areas in the Middle East, in the coming weeks, more than British humor, there will be a need for healthy Anglo-Saxon pragmatism. Ultimately, what will remain from the Brexit adventure, on both sides of the Channel, are only its practical effects. 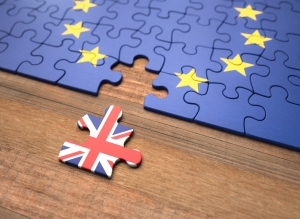