The Report Cards for Draghi and the Euro

After eight years, Mario Draghi is leaving the presidency of the European Central Bank. It is possible to grade his actions? And more in general, can we associate Italy's macroeconomic performance with the conduct of monetary policy, before and after the introduction of the euro? With prudence, the answer is yes. The judgment is broadly positive, even though Italians don't seem to recognize it.

With the change at the helm of the European Central Bank (ECB) from Mario Draghi to Christine Lagarde, can we try to issue grades on the relationship between monetary policy, the euro, and the Italian economy?

Such an exercise is a subject to be handled very prudently. In fact, no direct relationship exists between monetary instruments and the relevant macroeconomic effects. Rather, there is a chain of relationships, of which monetary policy can be one of the first links, while macroeconomic results are the last link. The challenge for a central banker is to understand under what conditions the movements in the first link will reflect positively on the last one. As regards the ECB during Draghi's term, it should also be stressed that the relationship between the two links has been characterized by unprecedented events with respect to the rest of the post-WWII period - such as the liquidity trap and the risk of deflation - that made the work of the European Central Bank particularly arduous.

After these necessary preliminary remarks, what can se say about the relationship between the two links in the last two years, and more in general for the euro period (1999-2018)? Starting with monetary policy, we need a metric with which to judge it. To that end, we can suitably modify what is known as Taylor's rule, that defines the link between the central bank, interest rates, and monetary stabilization. The monetary rule allows us to understand when the choices of the central bank are consistent with its goals. Once a rule is defined, we compare the actual choices with the optimal choices, thus reaching a judgment on the operations of the central banker.

Having constructed the monetary compass, it remains to plug the historical data into the formula, and obtain the corresponding value of the shadow interest rate, month by month, that represents the optimal choice by the central bank. Comparing the shadow rate with the one actually measured on the market, three situations can occur: the actual rate can be equal, lower, or greater than the shadow rate; as a result, the corresponding monetary policy can be assessed as adequate, expansionary, or restrictive, with the degree of expansion/restrictive that is measured by a monetary gap, meaning by the difference in basis points between the actual rate and the shadow rate. If the monetary gap is zero, negative, or positive, the monetary policy is adequate, expansionary, or restrictive, respectively.

There are essentially three macroeconomic indicators we can look at: the inflation rate, the gross domestic product growth rate, and the equity ratio. While the first two indicators do not require particular explanations, the third represents a simplified translation of the macroeconomic concept of the sacrifice ratio.

On the one hand, it can indicate if the protection of monetary stability has produced real net costs in terms of economic growth; the higher the ratio, the lower those costs. On the other hand, the ratio tells us if economic growth took place at the expense of hidden redistribution of income. We must recall that the inflation rate is especially unjust, for at least two reasons. From an economic standpoint, it affects the lowest incomes. From a political standpoint, it is a type of taxation that is not approved by any parliament. The second aspect was very clear in public debate and perception when consumer prices galloped along in double digits. Then inflation was tamed, and its distortions were forgotten. But forgetting the existence of a toxic disease does not mean omitting it, when we conduct an analysis of the costs and benefits of a cure. Thus the equity ratio tells us when economic growth in a country is corrupted by unjust redistribution; the higher the ratio, the lower the effect of injustice.

Now let us move on to the report card. Using Taylor's compass, the monetary policy of the ECB was always expansionary with respect to the macroeconomic conditions in Italy. The result applies not only overall, but also in each of the three periods of the presidencies of Duisenberg, Trichet, and Draghi. The specific judgment on Mario Draghi's monetary policy sees the markets incorporating the change of pace with respect to the previous governor, Trichet, at the beginning. Then, with the passage of time, the reflationary and anti-recessive reputation of Draghi's ECB first stabilized, and then grew. This is a reputation consistent with announcements: during his entire term Draghi stated that the operational objective of the ECB was to have an expansionary monetary policy to combat the interaction between the risk of deflation and the risk of recession.

So, what can we say of the euro years? The response depends on the teachings provided by economic analysis as to what a monetary union can and cannot give us. Having a monetary union means having a transnational independent central bank that manages monetary policy. We recall the possible macroeconomic effects, based on empirical studies: having independent central banks reduces the risk of inflation, without net negative effects on economic growth.

The response lies in what a monetary union cannot do: the capacity to grow, or to react to adverse monetary shocks, depends on other economic policies, those managed by national governments, or by Brussels. The results obtained with our simple indicators are indeed in line with those derived until now from the analysis conducted with more sophisticated methods: the convergence among the countries of the euro area took place on nominal variables - interest rates and inflation rates - but not in terms of per-capita income.

Clarifying the difference between what a monetary union can and cannot do is essential for the perception of the euro period held by European citizens. Let us take the Italians. On the basis of the analysis conducted to this point, their approval of the euro should grow, or at least be constant. In 1999 the improvement was only expected, while today it is actually present. Yet consent has gone down. The difference between facts and perception can have many explanations. We will propose at least two here, that can also be complementary. On the one hand, there is a problem of knowledge: a person doesn't sufficiently appreciate the euro experience because he or she doesn't know what to reasonably expect from a monetary union, and what not to expect. On the other hand, there can be a psychological attitude. We can call it selective attention: citizens consider only the information they like the most. So in evaluating the euro experience they forget the benefits obtained, and complain of the impossibility of managing a national monetary policy. Or they completely neglect the fact that the country's inability to grow had started well before 1999. In conclusion: the grades for Draghi, the ECB, and the euro are good. The same cannot be said for the politicians, in Rome as well as in Brussels.

Donato Masciandaro is Professor of Political Economy at the Bocconi University, where he holds the Intesa Sanpaolo Chair in Economics of Financial Regulation. This article draws on an analysis developed in the book written with Alberto Orioli, Draghi, Falchi e Colombe. L’Italia e l’Euro (2011-2019), Edizioni Sole 24 Ore, 2019. 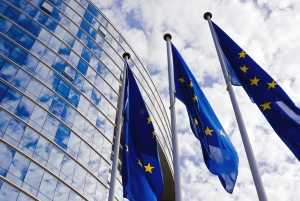