Economic growth in our country, beyond the positive cyclical phases, is weighed down by endemic burdens. One of the most toxic, including due to its social and political consequences, is the phenomenon of criminal and illegal behavior. They produce an effect that pollutes the public institutions, through corruption, and the legal economy, due the laundering of illegal funds. These two diseases can also intersect, increasing the effect of suffering on the healthy and regular development of a country. An example, in addition to our country, is that of Russia.

Before the military aggression by Putin’s Russia against Ukraine changed the current short-term scenario, all of the media were celebrating the Italian economic recovery. Italy was defined as the “hare” of the euro area, using the most recent data from the European Commission, relating to 2021. Italian GDP growth was 6.5%, versus the average of 5.3%, and the figures for countries such as Germany and Spain, that reached economic growth rates of 5% and 2.8%, respectively; among the large countries in the euro area only France did better, with growth of 7%. But if we expand the view just a bit, the judgment changes radically. Compared to the growth prior to the pandemic recession – 2019 data – the euro area has grown on average by 2.5%, while Italy has grown by just 1%; among all Member States only Spain has done worse (-1.1%). The panorama does not get any better if we further lengthen the time horizon; actually, the opposite is true. Compared to 2007 – the year prior to the great financial crisis – the euro area has grown on average by 12.9%, while Italy has actually seen a contraction of 2.8%; it is in second-to-last place, with Greece bringing up the rear. But we succeed in being last if we measure economic growth starting in the year after introduction of the euro (1993): average growth in the area has been 55.8%, but only 21.9% for Italy. Translation: in terms of growth, everyone has benefitted from a “euro dividend,” but Italy least of all.

What is the reason for this? Structurally, Italy has some heavy economic ballast – principally low productivity and high public debt – and also an endemic disease that has economic costs: the spread of criminal conduct. Even in recent news – such as that linked to public spending to combat the pandemic recession – we find the expression “criminal association,” often together with “corruption” and “money laundering.” It is a perverse interaction through which criminal behavior affects public institutions on the one hand, through corruption, and the legal economy on the other, due to the laundering of illegal funds. If the two diseases intersect, the risk of suffocating the economy increases. Just like the two serpents did to Laocoön and his sons. Let us see why.

In fact, there is no economic crime that does not automatically produce a demand for money laundering. The reason is simple: whoever commits a crime to obtain a financial advantage has a goal: minimize the likelihood of being discovered. Thus, it is necessary to reduce to a minimum the possibility to trace the culprit through the illegal income. The demand for money laundering is thus driven by a group of criminals, who from other standpoints can be considered very different: they go from the tax evader to members of mafia-style criminal association. But there is more: since September 11, 2011, there has been a gradual realization that terrorist financing also had a goal in common with traditional money laundering: that of concealing the path that brought resources and income, maybe from illegal sources, to finance brutal crimes such as terrorism. Here the trigger effect emerges: corrupt individuals also have illegal income to conceal, and clean up, so they have a demand for money laundering to be satisfied.

Yet money laundering is not only a general crime, but also the most toxic for the economic and financial fabric, and as a consequence the social and political world. Economic analysis has the merit of having identified the particular nature of this crime, starting in the 1990s, that was already the subject of interest from legal and criminological disciplines. The particular nature is found in the multiplier effect. The mechanism of the multiplier is based on the recognition that the laundered money can have three destinations: consumption and investment in sectors and activities that are respectively legal and illegal, with their respective rates of return. The illegal investment will generate income that automatically produces a demand for money laundering. The process comes full circle: if there is a supply of money laundering services, and it is effective, in a country the economic weight of those who commit crimes tends to rise exponentially. The supply of money laundering operations, in advanced countries as well as emerging ones, is ancient – think of banknotes – and also new at the same time: for example, during the pandemic new elements of risk, that had already emerged previously, became even more evident. We are speaking of the operations of money launderers on electronic channels, including cryptocurrencies.

Lastly, in the relationship between corruption and money laundering, a third effect can emerge, that is absolutely particular: the accelerator effect. This is an effect that in turn comes from the fact that the efficacy of anti-money laundering regulations depends on the ability of the investigative and oversight authorities to identify so-called “suspicious operations,” that is, economic and financial activities that could disguise aims of money laundering. But in turn, the suspicious operations are reported by a series of professional operators, that go from banks to post offices, to gaming houses. Now, if people who belong to those professional categories, or members of the investigative or oversight authorities become corrupted, the quality of the reports of suspicious operations will decline, and thus the efficacy of the money laundering operations will increase. The interplay between corruption and money laundering has been identified both in advanced countries, especially in international transactions, and in emerging countries. It will be essential for the awareness of the interaction between the two phenomena to increase in the design and implementation of anti-corruption and anti-money laundering regulations, both nationally and internationally. Otherwise, the risk that the two serpents will suffocate Laocoön is destined to increase. An example? Russia. In recent years economic analysis has systematically analyzed the negative effects that corruption has caused in corrupting that country’s shift from a planned economy to a market economy. Moreover, the specific connection between corruption and money laundering has been studied, through the systematic use of so-called “banking and tax havens.” The end result is to increase the weight of corrupt and corrupting individuals in the country’s economic, social, and political system. The negative consequences? They can be unpredictable and incalculable. Like the tragic events we see now. 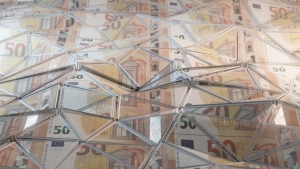