Has Beijing’s Economic Dream Reached the End of the Line?

In the year the country awaits the consecration of Xi Jinping as leader for life, China finds itself facing a deep socio-economic crisis composed of high rates of unemployment, stalled growth, stop-and-go production due to the zero-Covid policy, and continuous strikes in mortgage payments. In the meantime, depositor strikes are increasing as well, with people demanding access to their savings that have been blocked by the central government.

“Without [bank] deposits, there are no human rights,” “The ‘Chinese dream’ of 400,000 depositors was shattered in Henan.” The banners shown by the demonstrators in Zhengzhou, the capital of the region of the same name in Central China, went viral in just a few hours. It was July 10, 2022, and hundreds of men and women who demanded access to their savings were beaten up by not-better-identified plainclothes agents. They have been asking for compensation from the local government since mid-April. But in June, when they attempted to organize the first public demonstration, their digital health codes suddenly became red, preventing them from accessing public places, as if they had come into contact with people who were Covid-positive and thus had to be quarantined. That is when their case went public. The entire country protested the inappropriate use of health controls, and five local officials were punished.

This led to the discovery that at least four regional banks in Henan (Yuzhou Xinminsheng Village Bank, Shanghai Huimin County Bank, Zhecheng Huanghuai Community Bank, and New Oriental Country Bank of Kaifeng), and one in Anhui (Guzhen Xinhuaihe Village Bank) had frozen their customers’ accounts already on April 18 of this year. Following the sensation provoked by the demonstration at the beginning of July, the central government took action. It accused the group that controlled these five banks, Henan Xincaifu Group, of fraud, and promised those who had less than 50,000 yuan in their accounts (approximately 6,300 euros) that they would be reimbursed immediately. Yet it seems that the documentation submitted by the account holders was never sufficient, and that some of them were even accused of being complicit in the fraud that left them broke. But this is not the point; in fact, it seems that the phenomenon is much broader.

Small and medium-sized banks in China are indebted to the point they risk collapse. And above all, there are many of them, approximately 4,000 banks with a value of 14 trillion euros. According to the data of the People’s Bank of China, in mid-2021, 29 percent of the financial institutions with a high risk of failure were made up of rural banks, that in order to be competitive, had raised interest rates in recent years and offered advantageous services through third-party platforms throughout the national territory. Only this year did the Council of State approve the allocation of almost 13 billion in debt to inject liquidity into the small banks in the regions of Liaoning, Gansu, Henan, and the megalopolis of Dalian.

In the meantime, the regulatory entity in the sector, the CBIRC, is acting to ensure that local banks, that in general are among the most important lenders in the real estate sector, do not interrupt loans to agencies working in real estate sector precisely at the time they are suffering from a profound crisis and a sort of mortgage payment strike by buyers who fear that the houses they bought while under construction will never be completed. This is because, as simplified by journalists, for China there is now a risk of a “Lehman Brothers moment.” The largest real estate developer in the country, the Evergrande group, in fact went bankrupt at the end of 2021, not being able to pay a debt of over 300 million euros. It would seem that smaller groups in the sector could follow soon afterwards, and default before the end of the year.

The crisis in the real estate sector could cause a loss of approximately 900 billion euros for regional governments, that in turn are heavily indebted with local banks. But large national banks, that in general cover local banks, are facing an emergency. They have lent billions to the countries that have hosted the One Belt One Road infrastructure projects, and now, thanks to the global regression, they risk filling up on non-performing loans and not having the liquidity necessary to cover small and medium-sized banks.

In short, precisely in the year Xi Jinping is to be consecrated as the leader for life, China is facing a dangerous socioeconomic cocktail composed of high unemployment rates, stalled growth, stop-and-go production due to the zero-Covid policy, and continuous strikes in mortgage payments. Since the time of Tiananmen the credibility of the Communist Party and the pact between leadership and the Chinese people has been based on the tangible increase of quality of life. Now, the government may succeed in avoiding an explosion of this cocktail before the 20th Congress scheduled for this fall, but we can at least say that the era of “shared prosperity” inaugurated by Xi Jinping is over. 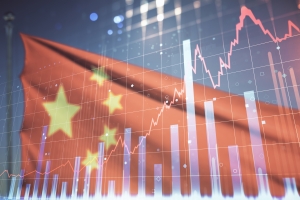