A financial earthquake has hit Xi Jinping's brand new China. Evergrande, the largest real estate company in the country, is now the most indebted company in China, with more than 300 billion dollars of unpaid bills. The central government has decided to intervene, forcing the group to return 83.5 million dollars. If it fails to pay within a month it will be forced to declare bankruptcy, with potentially disastrous consequences in a sector that makes up 28 percent of Chinese GDP.

Does Evergrande risk becoming the Chinese version of Lehman Brothers? It's a legitimate question, that for weeks has been the focus of attention of financial analysts and the pages of the largest newspapers. There is certainly the fear that the collapse of a company this size could have repercussions on the entire Chinese financial system, but for the authorities in Beijing, it seems more important not to betray the promise to teach a lesson to the debt-laden behemoths in the country. So those who expected a state rescue have been disappointed, but that doesn't mean that "Chinese characteristics" have not been felt.

To start with, the Wall Street Journal reports on what the central authorities told local authorities.[1] "Prepare for the storm," seems to be the instructions given to the regional public administrations and the state companies operating locally. This means determining if it is possible to at least complete the apartments that have already been sold, avoid not paying the workers at sites where work has stopped, and monitor public opinion to ensure that the growing outrage does not translate into countless and hard-to-manage "mass incidents," i.e. those manifestations of dissent which China stopped reporting in 2005.[2]

In reality, employees and small investors have already made their voices heard in front of the offices of the main branches in every corner of the country. In fact, between 70 and 80 percent of Evergrande employees are said to have been asked to provide money to finance the company's operations. This was reported by an Evergrande Wealth consultant while speaking to the Anhui Online Broadcasting Corporation, but the interview has already been deleted from the internet.[3] In any event, many were convinced to do so, and persuaded their friends and relatives as well. But in September the group suddenly stopped reimbursing loans, that had been presented as high-yield investments.

It was not always this way. For more than twenty years, Evergrande was the largest real estate company in China, and made money thanks to a construction boom never before seen in the world. The more construction grew, the more Evergrande expanded into other sectors: bottled water, professional sports, and electric vehicles. Banks and investors were glad to provide funding, betting on a rising middle class, whose growing numbers were hungry to own homes. So while Evergrande was once the most profitable real estate company in China, today it's the country's most indebted company.

It owes money to banks, suppliers, and foreign investors; it owes apartments not yet completed to people who bought them ahead of time; it has accumulated more than 300 billion dollars in unpaid bills; it must face lawsuits brought by creditors; and in the last year, its shares have lost more than 80 percent of their value. It has been calculated that between 2016 and 2020 Evergrande's liabilities almost doubled, reaching the current level of 300 billion dollars, of which 30 percent represent unpaid bills to suppliers and an unspecified quantity of loans to the banks in the cities where it operated.[4] Moreover, according to the estimates by the British bank Barclays, Evergrande, that often sells apartments in advance to generate cash, is indebted towards the buyers of almost 1.6 million apartments, and could be indebted to tens of thousands of its workers as well. As if this were not enough, the company has almost eight hundred work sites open in more than two hundred Chinese cities.

The crisis of the Evergrande real estate group creates a problem for a sector that, according to Bank of America estimates, contributes 28 percent of Chinese GDP and has strongly influenced growth.[5] But for ten years there has been talk of a real estate bubble, of ghost cities built but that long remain empty, of forced urbanization and a drugged real estate market. But the sector came under observation only recently. The Chinese authorities wanted to put an end to the years of the irrational boom, and they pushed companies to repay their debts. The main goal was to reduce the exposure of banks, but the result was that the large – and already indebted – builders such as Evergrande no longer had the money they needed to complete the apartments that for the most part have already been sold.

What will happen next, we will soon find out. On September 24, with no word from the debtors, the deadline passed for the repayment of 83.5 million dollars. From that date, the company has 30 days to repay the debt. If it doesn't do so, it will be forced to declare bankruptcy. We will see if Beijing allows this to happen, and if so, how. What is certain is that an earthquake has hit Xi Jinping's brand new China, and the earth hasn't stopped shaking yet. 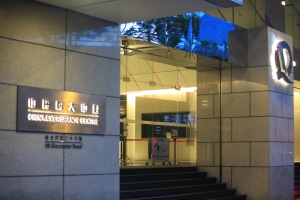