China Is Also Getting Old

A population bomb risks undermining the economic rise of the most populous country in the world: in 2020 only 12 million children were born, the lowest number since 1961, and by now the fertility rate is 1.3 children per woman (in Italy the number is 1.27). Aging will be the natural condition of China in the coming years, with consequences that will affect the rest of the planet, but also the country’s pension and health systems.

The last Chinese census provided a picture of the very new China: 1.412 billion people, of whom over 60 percent live in cities and only 63.4 percent are in working age, versus 70 percent just ten years ago.[1]  To be clear, over-65 people are now 13 percent of the total versus just 9 percent in the 2010 census. “China is growing old without first having grown rich,” wrote the New York Times,[2] paraphrasing the well-known maxim of Deng Xiaoping. And the trend won’t be easy to stop. The birth rate dropped for the fourth year in a row, such that in 2020 only 12 million children were born, the lowest number of new births since 1961, when the famine that followed the “Great Leap Forward” caused the death of tens of millions of Chinese due to privation.[3] This population bomb risks undermining the economic rise of the most populous state in the world, with consequences that will affect the rest of the planet, but also the country’s pension and health systems.[4]

According to official calculations, the birth control policies introduced in 1980 to prevent overpopulation from condemning the People’s Republic to poverty, prevented 400 million births and created one of the largest imbalances in the world between the male and female population (although fortunately it has been diminishing year after year).[5] But the shift from the one-child policy to allowing two children in 2016 has not made a difference. Chinese society has changed completely: people find work and get married later and later, they get divorced more often and raising children costs more and more. A series of surveys conducted in 2015 by the National Health and Family Planning Commission[6] shows that 74.5 percent of those surveyed did not want a second child, for both financial reasons and due to the changed social needs that have brought China closer to other so-called first world economies, with the result that by now the number of children per woman is 1.3 (in Italy the number is 1.27).

“Aging will be the natural condition of China for years to come,” said Ning Jizhe, the head of the National Statistics Office, commenting on the data of the latest census. And this, as we in Old Europe know well, does not only mean losing an almost infinite pool of low-cost labor, but rethinking the entire pension and health systems to assist the growing ranks of the vulnerable population. Beijing has certainly tried new solutions, and will continue to do so, but the growth of public debt, growing trade tensions with the United States and the European Union, and the clamp-down on the private business sector are not making it easier. It is no coincidence that the central government has asked the large state enterprises and the rich coastal regions to help restore the health of the social welfare system. And we are only at the beginning.

A government think tank has predicted that the Chinese population will reach its peak in 2027,[7] three years earlier than had been predicted in 2017 when there was still hope that the introduction of the two-child policy would mark a reversal of the trend. And an older population means draining the state coffers and weighing on the consumption of a middle class that will be more inclined to save in order to take care of their family members. The level of alarm is high. Even the central bank issued a strong call not to underestimate the question last March, because “education and technology advancement can hardly compensate for the decline in population.”[8] 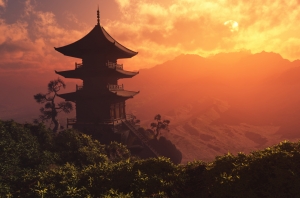