The Visible Hand of the State

In recent years, China has undertaken a government campaign to limit the political and economic power of its leading private entrepreneurs. The Party increasingly aims to guide businesses through the influence of its cadres in managerial decisions to ensure that the private sector follows national strategic objectives. The case of Alibaba, under observation for abuse of dominant position, and the recent disappearance of the tycoon Jack Ma, are evident signs of a return to a more rigid state-run form of capitalism.

A 50-second video was enough to revive Alibaba stocks on the Hong Kong stock market: plus 8.5 percent in one afternoon, for a total of 5 billion dollars. On January 20, Jack Ma, founder of Alibaba and one of the richest men in the People's Republic of China, reappeared after almost three months of absence, for an online event with the one hundred best teachers from rural China. He said he was sorry that he could not be present due to the pandemic, and made no mention of his recent disappearance. Then he returned to silence and his absence from the political scene.

On October 24, Ma had publicly attacked the Beijing financial system, calling it a "pawnshop." But in China words like that are not allowed. A few days later, Shanghai and Hong Kong suspended the initial public offering of Ant Group, a subsidiary of Alibaba created for microcredit, that was intended to place 35 billion dollars in shares on both of the markets. It was to be the largest IPO in global financial history, but the Chinese banking supervisory authorities are said to be working on a new regulation that restricts credit activities and sets new limits on areas of authority, financial leverage, and licenses.

Alibaba – and specifically its online payment branch Alipay – is also under observation for abuse of dominant position. Yet there is no precise information in this regard. Just as it is not clear if the tycoon's sudden disappearance from public life was his choice, or the result of decisions made at Zhongnanhai, the Chinese Kremlin. Ma certainly knew what he was going up against. Once when he was asked what he thought of the Party, he answered: "You need to be in love: never marry the government, but respect it." proper quote? This is the famous one: "Never ever do business with the government. Be in love with them, never marry them." Needs to be an exact quote from Ma if in "

Until now, with Alibaba Ma had succeeded in making it in a state-run capitalist system, competing directly with the government in many fields: from big data to entertainment, from information to finance. Could this be the end of "bamboo capitalism," that he himself contributed to creating?

President Xi Jinping, due in part to the tariff policies initiated by the Trump administration, has certainly gone backwards in regard to the reforms and opening launched forty years ago by Deng Xiaoping. While then the state had gradually pulled back from the market, leaving room for private enterprise and the exponential growth of private wealth and innovation, for some years it has been clear that the fear of losing control is pushing political power towards greater interference in the business of private companies; especially in the IT sector.

Jerome Cohen, a law professor who is an expert on China, has written on his blog that we could be facing "a new central campaign to curb the political and economic power of major private entrepreneurs who refuse to follow the central Party line in every respect."[1] There are indeed signs that things are going in this direction.

Last September, the vice chairman of the Federation of Industry and Commerce Ye Qing suggested building "a modern private enterprise system with Chinese characteristics" with an internal Party organization in each business dedicated to the selection and control of human resources.[2] An official document from the same month states that the Party would like to lead businesses through greater influence of party cadres in managerial decisions, to ensure that the private sector follows national strategic objectives.[3]

Nicholas Lardy, an economist at the Peterson Institute for International Economics, has stressed that Chinese state companies are securing a growing portion of bank credit, while the private sector is no longer expanding at the speed we have seen in recent years, to the point that The Atlantic has stated that it "has stopped growing."[4] growth "has come to an end"? Although it is not clear whether this is due to a renewal of the pursuit of autarchy or a growing need for control, it is evident that Beijing is tightening the reins of the major actors in the country's economy; and it is certain that they will not loosen them any time soon. 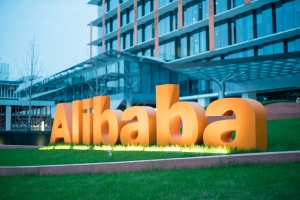