Five years after being founded, the company has 680 million active users and 50 million orders a day. Using messaging apps and social networks in an innovative manner, it makes products go viral in purchasing groups, allowing for discounts of up to 90 percent.

Colin Huang is not a name known outside of China. Yet he is the man who together with Jack Ma of Alibaba and Pony Ma of Tencent (and thus WeChat) is competing for the top spots among China’s millionaires. Born in 1980, Huang comes from a working-class family and grew up in the suburbs of Hangzhou, the city in Eastern China where Jack Ma is also from, and where Alibaba has its headquarters. The company Huang created in 2015, Pinduoduo, has exceeded the value of the oil giant Shell in just five years. It is an e-commerce platform that competes directly with Alibaba and JD, but that uses messaging apps and social networks in an innovative way, generating a staggering rate of growth among its users.

When in July 2018 Huang presented the company in the United States for listing on the NASDAQ, the founder defined it as a sort of synthesis between Costco, the large American wholesale supermarket chain, and Disneyland, the most famous theme park in the world. You can find everything on its website, from clothes to the latest electric vehicles, and the prices come with big discounts. Those who make purchases can share the details with their network of friends, relatives, or acquaintances on WeChat or other social networks, but also propose the creation of a purchasing group: the larger the group, the greater the discount to be obtained.

The result of this marketing strategy is 680 million active users and 50 million orders a day, reached in just five years. Instead of betting on a multitude of products like other e-commerce platforms, Pinduoduo concentrates only on some popular articles, and makes them go viral to the point of allowing for discounts that often go as high as 90 percent. The products come directly from the parent company, which manages the shipping as well. So unlike Amazon and Alibaba, the company has no warehouse and logistics costs.

Not everyone agrees with this model, which like various other tech companies gives absolute priority to the growth of the number of users. To attract more people and provide increasingly attractive offers, Pinduoduo often finds itself covering the costs, such that it rarely records significant profits. Actually, it earns more from advertising campaigns and the promotions on its platform than from sales; but maybe this is precisely what attracts investors.

The second largest shareholder is in fact Tencent, the leading Made in China web 2.0 company. It’s the same one that has important stakes in Spotify and Snapchat, but above all it is the parent company of WeChat, the messaging app most used by Pinduoduo (and in China in general, where it has 1.2 billion active users) to launch products and new purchasing groups. But what if this business is a bubble?

“This journey has just begun,” wrote Colin Huang in the letter in which he informed investors of the results for the first quarter of 2020, when the pandemic in China had just been brought under control. And he stressed: “This is our moment. Carpe diem, c’est la vie.” The founder of Pinduoduo is in fact an ambitious man who likes to talk about himself: he used to share the details of his private life on a blog (www.colinhuang.com), until it was taken offline a few months ago.

This is why we know that he attended a normal public school in his city, but then, since he ranked high in the Math Olympics, his teacher got him to take the admission test for an exclusive language high school, the Hangzhou Foreign Language School, famous for its more liberal approach to education. “We were in contact with Western culture before others, and we were deeply and significantly influenced by it,” he recalls.

When Huang went to study computer engineering at the University of Zhejiang, he was chosen by the Melton Foundation for a program which gave a computer and an internet connection to some students in emerging countries and allowed them to visit a member country each year. This was a true privilege in China in 1998, where only a few had access to internet and the possibility to travel.

His first internship was at Microsoft in Beijing, but as soon as he graduated he was advised to apply at Google, which he had never heard of. When the company decided to open its offices in China, Huang was part of the working group that facilitated the operation. “Profits and employees increased rapidly, just like my bank account. But it was only three or four years after leaving that I realized how rare an opportunity it had been to be part of Google at that precise time in history. I was extremely fortunate.”

After leaving Google in 2007, Huang sought his fortune in e-commerce. First with Oukou, that sold electronics and appliances, and then with Leqi, a platform that aimed to help foreign brands take hold on the Chinese market, and finally with Xunmeng, an online gaming and e-sports site. Only at this point did he have the intuition that led him to create Pinduoduo: to “game” e-commerce. And it has gone quite well. At least for now. 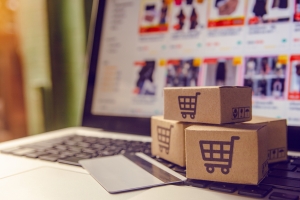