The Solitude of the WHO

While the diplomatic war continues between China and the United States on the origins of Covid-19, the weakness of the WHO is evident, as the organization has no power to conduct free and independent investigations, having to rely only on the cooperation of the Member States

"They’re giving [the information] to us 15 minutes before it appears on CCTV," the Chinese state channel. This, according to Gauden Galea, the World Health Organization (WHO) representative in Beijing. His words clearly describe the UN agency's frustration toward China at the beginning of January, with the attempt to scrape up the little information available on the new coronavirus, the one that has now infected almost 12 million people around the world, provoking over 550,000 deaths. This statement is part of an account by the United States news agency Associated Press[1] that confirms the story of the Chinese investigative weekly Caixin[2] and enriches it with internal documents and interviews with WHO officials.

Talk was just beginning in Wuhan of a new SARS, a viral pneumonia whose characteristics were as undefined as they were worrying and hushed up. It was not yet clear if the virus could be transmitted from person to person, how many cases there were, and their consequences. The Chinese population would know almost nothing until January 20, two days before the megalopolis of 11 million inhabitants was placed under quarantine. In the meantime Chinese scientists were working, quickly. The DNA of the new virus had already been mapped on January 2.

We know, however, that China accepted a WHO inspection only on January 28, after the visit to Beijing by the Director-General Tedros Adhanom Ghebreyesus, who expressed "respect and gratitude" for the "immediate" and "transparent" communications and the "incredible" effort made by the People's Republic to limit transmission. These words, according to the Associated Press, were aimed at convincing the Asian giant to provide more details.

Yet apart from the words of praise, the WHO received the genome after the Permanent Committee of the Politburo, the seven-member elite of the People's Republic chaired by Xi Jinping, discussed the issue behind closed doors on January 7 and at least three different Chinese laboratories sequenced it. And the organization received it only because it had been published on a specialist site without being subject to government approval.[3] It was January 11, and two more weeks would go by before Beijing provided details on the number of cases and the state of the patients "It's clearly not enough to do proper planning," complained Maria Van Kerkhove, the epidemiologist tapped to lead the Covid-19 task force, in a closed-door meeting.

The WHO would in fact declare a global state of emergency only on January 30, losing precious weeks in which, according to the Chinese centers for disease control and prevention, infections may have increased by up to 200 times. At the time the president of the United States Donald Trump was praising the Chinese response to the epidemic, but when the virus his country, the situation changed. Today, with over 3 million cases and more than 130,000 deaths, the US is the hardest hit country in the world, and Trump accuses the WHO of collusion and being "China-centric," to the point that he aims to cut the country's funding for the organization, 450 million dollars a year, by July 6.

Chinese president Xi Jinping immediately offered two billion dollars in two years, and stressed that China has always provided information "promptly" and made himself available to launch an international investigation regarding multiple countries, implicitly affirming what the Chinese have always claimed: there's no guarantee that the species jump took place in China. In fact, while Washington misses no opportunity to raise the possibility that the virus may have come from a biotechnology laboratory in Wuhan, Beijing continues to claim that it could have been brought to Wuhan by U.S. military personnel.

In this war of nerves and propaganda, what is evident is the impotence of the WHO, that has no executive powers, cannot investigate independently, and must rely on the cooperation of its Member States. In China, as in the United States and the rest of the world. 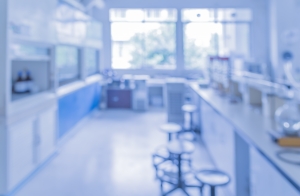