The country is currently trying to start up again, although nothing seems to be the same as before: people have to register to take public transportation, enter establishments and stores; they eat alone, work and study with masks, and social distance has become a habit. Meanwhile, in the north of China, in the regions bordering Russia, various centers of infection have been identified, and many citizens have been subjected to new forms of restrictions.

For Beijing, announcing the date of the only annual meeting of the National People’s Congress means affirming that the epidemic is under control. So when the date was officially set for May 22, after a delay of two and a half months, for many it was confirmation of a return to normalcy.

People have in fact resumed taking public transportation and moving around the country, provided that the health code of the potential travellers - assigned by a complex algorithm that combines the medical history, travel, and contacts of each single citizen - is green. This system functions with at least a hundred apps, the most common of which are linked to the payment systems of the web giants WeChat (almost a billion users) and Alipay (approximately 400 million users).

Yet there is still a lot of fear, and many citizens in Hubei, the region whose capital is Wuhan, the hardest hit by COVID-19, complain that they have not been allowed to enter some cities or hotels. Foreign citizens are still prohibited from entering the country, intercontinental flights are reduced to a minimum, and Chinese who return home must undergo a period of at least 14 days of mandatory quarantine.

At the moment, though, the situation is more difficult in the north of China, in the regions bordering Russia. In Harbin, a metropolis with ten millions inhabitants, various centers of infection have been identified and the locals have been prohibited from leaving the city. There are in fact many smaller cities in Northeast China under various forms of mobility restrictions.

Here the return contagion has been higher and less controlled than in other parts of the country. Many of the Chinese who reside in Russia returned by land, bringing the coronavirus with them to areas that until then had been free of contagion. The local authorities have been punished, but apart from this, Beijing is more concentrated on starting the country up again.

And the population is responding in more or less two ways, according to Zak Dychtwald of Young China Group. Some are jumping headlong into life, with the renewed conviction of living every day as if it were the last, and others, especially those affected more by the economic repercussions of the lockdown, are beginning to live more cautiously than ever, even more convinced that health is the primary good to be defended.

Meanwhile restaurants, factories, and offices are gradually reopening, as are schools. But nothing is the same as before. People have to register to take transportation, to enter establishments and stores, where every customer’s temperature is measured. People eat alone, work and study wearing masks, and social distance has become a habit. And then there are activities that have still not resumed, like movie theaters and concerts, gyms and universities.

Many local governments are seeking to encourage longer weekly breaks (two and a half days), and flexible working hours so as to avoid rush hours. The idea is to implement this strategy at least until December, when - it is hoped - a cure or vaccine will be available. 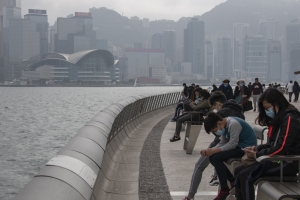