The Chinese Model of Internationalization. The case of ChemChina-Pirelli

Despite a slowdown in direct investment in the past two years, China's international expansion activities will continue at a strong pace due to both the activism of large Chinese groups (that are often state-controlled), and due to the effect of the super-ambitious plan renamed the BRI-Belt and Road Initiative

Despite a slowdown in direct investment in the past two years, China's international expansion activities will continue at a strong pace[1] due to both the activism of large Chinese groups (that are often state-controlled), and due to the effect of the super-ambitious plan renamed the BRI-Belt and Road Initiative (or the "New Silk Road").

This advance is often perceived by foreign companies and their managers as a true attack on their economic system. In that regard, it is proper to ask whether this represents only a threat, or whether opportunities exist as well.

The Chinese economic system is deeply influenced by the political structure, the country's particular history, and its set of values. In October 2019 - and this is a unique case in the world - so-called "market socialism" was reconfirmed as the development model by the Fourth Plenary Session of the 19th Congress of the Communist Party.[2] Among the dilemmas that Chinese lawmakers and decision-makers must constantly face are the (not easy) choices and trade-offs between planned economy and market economy, centralization vs. decentralization, contractual autonomy vs. state control, and the importation of rules and laws vs. autonomous ad hoc production.[3]

The planned economy has always played a decisive role in the development of the country. Even in periods of opening towards a "Chinese capitalism,"[4] the importance of the central authorities' control over the economy and society's development was always reaffirmed as the system most consistent with national values. So it is not surprising that much of the Chinese economy has always been driven by large state enterprises that have contributed decisively to the extraordinary growth of GDP and society in the past thirty years. These also represent champions of internationalization, since their dimensions and skills are those which best reflect the operational arm of Chinese national policy, defined as the "Go-Global policy." Understanding how those enterprises behave is thus essential for determining the risks, but also the opportunities, for our country.

First of all, we must stress the process of pro-market modernization underway, aimed at making State-Owned Enterprises (SOE) more efficient and effective. If on the one hand we see a positive tension towards incorporating international best practices in the business model of large public groups that compete globally, on the other we cannot ignore the involvement of the Party in the management of enterprises, that is often present. An emblematic case is that of ChemChina, a very important Chinese state enterprise created under the aegis of the Ministry of Chemistry, among the top 250 in the Global Fortune 500 with more than 160,000 employees, half of whom are employed abroad. This is one of the clearest examples of the "Go-Global Policy," that in recent years has led to various M&As in Europe and the world.[5]

The operation regarding Pirelli, that began in 2012, represented one of the most important in Europe and the largest in Italy. Despite the initial perplexities and protests, today it seems to be a good example of synergetic cooperation between complementary companies, and we might even venture to define the whole group as a "neo-transnational enterprise."[6]

Among the goals reached, there seems to be the increase of efficiency and efficacy and a complete exploitation of the capabilities and unique nature of the Pirelli company. At the same time, the safeguards for the Italian character of the company and its assets currently seem to have proven effective, along with the attention dedicated to stakeholders, especially locally.

How was all this possible?

1)      First of all, thanks to strong legal protection. In the post-acquisition By-laws of Pirelli, Article 3.1 states that the company's registered office cannot be moved from Milan.[7] The same is true for the technological components, that as Marco Tronchetti Provera has repeatedly said, will remain Italian.

2)      It is known that when ChemChina purchased the majority of Pirelli, the company was first delisted, and then listed on the Stock Market again. This process, and the consequent dilution of ChemChina's holding to below the majority (around 40%), guaranteed that despite being controlled by the Chinese group, the company would meet competitive standards allowing it not to be penalized by Stock Market, and to maintain a certain level of operational independence.

4)      The chain of command is guaranteed by the role of Marco Tronchetti Provera, CEO and Vice-president in office for all of 2020, and by the first line of management that is mostly Italian.

5)      From an industrial standpoint, the spin-off of Pirelli, and the creation of the premium tires division, guarantees that the company will always represent a point of excellence inside the ChemChina group. That role has become even more important following the strategic choice to make Pirelli a sort of division leader in the tires and rubber sector, with responsibility for all markets (including the increasingly attractive Chinese market) and for the entire group. This is indeed what has happened.

All of this seems to bode well for the fate of an important Italian company whose roots are based on special attention to its employees, and whose DNA includes an expansive conception of welfare towards the environment in which it operates.[8]

The course of history has brought a Chinese group be responsible for the success of premium Italian tires around the world, and this is moving forward rapidly, with positive results.

What will happen next year when Tronchetti Provera's term expires, and his successor will have to be appointed (by him)? More in general, is it possible that the current successful model will be called into question if the interests of the different parties involved cease to coincide? For example, if Chinese national interests were to change, or if the collaborative philosophy of the Chinese "Go-Global policy" were to be modified. Or if the ChemChina group were to merge with the other state giant Sinochem, as has been rumored for some time, creating the largest chemical group in the world, with a new direction and new goals?[9]

If this were to happen, the models of internationalization of Chinese businesses would have to be reconsidered. To the contrary, if things move forward in a linear manner, perhaps it will be possible to say that the international ChemChina group, including Pirelli, represents a model of a successful neo-transnational enterprise, to be taken as an example for our companies to construct winning collaborations with Chinese partners.

[4] For example, in the periods of the so-called "golden age" from 1916 to 1927 (as defined by Marie-Claire Bergère), and of "corporatization" (but not privatization) developed in corporate law in 1993.

[5] The list of ChemChina's acquisitions goes from the French Adiseeo Group (for 400 million euros in 2006) to Qenos in Australia, passing through Elken in Norway, KraussMaffei in Germany, Agan, up to Pirelli and the latest large purchase, of Syngenta (45 billion euros), an operation for which integration is still underway.

[6] With reference to Bartlett and Ghoshal's idea on the transnational enterprise and the differences between multinational, global, and international enterprises, see A. Bartlett, S. Ghoshal, Management globale, Etas, 2001.

[7] Technically, it could be done, but it would require a vote of the shareholders with a super-majority (90 percent), that is almost impossible to obtain.

[8] When it was founded by Giovanni B. Pirelli way back in 1883, it was an unlimited liability company in which the founder assumed the obligation to personally answer for any events damaging the stakeholders. C. Bellavite Pellegrini, Pirelli: Technology and Passion 1872-2017, Profile Books, 2017.

[9] Pirelli could lose its central position that it has held until now. There are rumors that in the event of a merger, the current president of ChemChina and Pirelli, Ren Jianxin, who was a strong promoter of integration with Pirelli and made it the pillar of the group's international business, would withdraw and the new conglomerate would be led by the current chairman of Sinochem, Ning Gaoning, who could have different priorities. 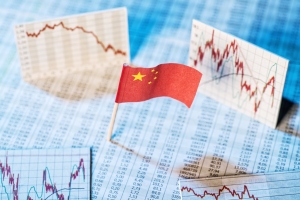