The Dark Side of Beijing

When a semester ends, Chinese students usually return to their home regions to spend time with their families. For some years, though, those who return to the extreme western region of China, Xinjiang, find that friends, relatives, and neighbors have disappeared. "They are in a training school set up by the government," the police and Communist Party officials explain, also stressing that the interned people cannot leave, despite not being criminals. The officials then have to add: "I'm sure that you will support them, because this is for their own good, and also for your own good." These recommendations are contained in a directive from 2017, part of over 400 pages of confidential documents that were somehow taken from the meanders of the Chinese bureaucracy and published by the New York Times (1), telling of how the Chinese government has organized the mass detention and repression of the local Muslim and turkophone minority: the Uighurs.

3,200 kilometers away from Beijing, in an area that has always been a corridor for the routes that cross Central Asia, Xinjiang was annexed to the People's Republic by military means in 1949. In that period, the Han, the majority ethnic group in China, represented less than 7 percent of the population. Today, the Han are more than 40 percent and they occupy all of the key positions in the local administration and the highest-income jobs. Han immigration is favored by the government with tax incentives and subsidies for inter-ethnic marriages, while the Uighurs have always complained that Beijing's policies are aimed at cancelling their cultural roots. Thus, over the years, cultural resistance was transformed into guerilla warfare. From the first large clashes between Han and Uighur in July 2009 (197 dead and over 1,600 injured) until 2014, there were over 1,000 victims. Then we heard no more, and today we have certainty as to why: the repression by the State began. Until last month, we could only rely on testimony from exiles, some journalistic investigations, and satellite imagery; now the material collected by the New York Times represents the first, indisputable proof.

There are 24 documents, some of which in two copies, that contain almost 200 pages of confidential speeches made by President Xi Jinping or other local leaders, plus 150 pages of directives and reports on the surveillance and control of the Uighur population in Xinjiang and 44 pages of material on internal investigations regarding local officials. As for the Communist Party of China, this is one of the most significant leaks of information ever. And it is not an isolated case. Less than ten days later, the International Consortium of Investigation Journalists (ICIJ) came into possession of six other documents - through the network of Uighurs in exile - which it published. There are a total of 23 pages (2) that definitively break the doubts and silence on what some believe is the largest detention of a religious minority since the period of the Second World War (3). One of these last documents, classified as jimi, or "secret," (4) is even approved by Zhu Hailun, Deputy Secretary of the Xinjiang section of the Party and head of security for the region.

So we learn that in April 2014, in a series of speeches given in private to local officials, President Xi Jinping requested a radical coordinated fight that shows "absolutely no mercy " (which led to the title used by the NYT) "against terrorism, infiltration and separatism." The leadership of the most populous country in the world compares Islamic extremism to the contagion of a virus and stresses that the "psychological impact of extremist religious thought on people must never be underestimated." The documents also show that the repression was met with doubts and resistance by some local officials, who were then charged and expelled. In 2017 alone, The Party is alleged to have launched over 12,000 investigations on its members in Xinjiang due to violations regarding the "fight against separatism."

An additional level of intensity in the repression was reached in August 2016, when the hawk Chen Quantum, previously based in Tibet, was transferred to the region. His order: "round up everyone who should be rounded up" appears repeatedly in the documents in question. In the remote county of Yarkand, where 96 percent of the population is still Uighur, the majority of family units have one or more people interned. They are above all adult males, of an age between 30 and 59. One of the documents makes reference to a list of 1,535 people in Xinjiang "who obtained foreign citizenship but requested a visa for China" and who must be found and investigated (5). This order apparently ignores any diplomatic repercussions due to potential extra-judicial detentions of citizens with foreign passports.

The most disquieting aspect found in reading these documents, though, is when we see how big data and artificial intelligence are used in the region as never before, to round up entire categories of residents. Through an algorithm named the Platform for joint and integrated operations, 40,000 users of a file-sharing app were flagged to be investigated and arrested. According to one of the documents published by the ICIJ (6), in just one week of June 2017, the Platform identified almost 25,000 suspects, over 15,000 of whom were interned in re-education camps, more than 700 were imprisoned, and over 2,000 placed under house arrest. Adrian Zenz, a researcher who works on ethnic minorities in China, estimates that the number of Uighurs detained since spring 2017 has reached the incredible figure of between 900,000 and 1.8 million (7).

We then find out that those who enter the re-education centers must remain there for at least a year, and can only go outside in exceptional cases. All of their movements must be monitored "to prevent them from fleeing." Inside the centers, cell phones are not allowed, "to avoid collusion between those who are inside and those who are outside," it is suggested to allow one phone call a week and one video call a month with family, after which the subjects will be carefully monitored to avoid the onset of "ideological problems or emotional changes." The detainees are evaluated weekly on Mandarin Chinese - de facto the only language allowed - ideology, and discipline, and their score leads to rewards and punishments. Those who resist the brainwashing must be chosen for "aggressive re-education," a term that suggests that the torture cited by some witnesses over the years cannot be categorically excluded. When people get out of the camps they must work, often in factories which they cannot leave, for longer time and lower pay than the national average.

The government has called the documents "pure imagination and fake news," and in the same statement claimed that since 2016, when not better specified "severe measures" were taken "that have nothing to do with the elimination of religious groups," there has not been a single terrorist act in the region. According to various experts, the point is that these are original government documents, and the mere fact that they made it to the offices of international media undermines obedience to the Party, and thus to its general secretary Xi Jinping, as never before. Who leaked them? And why? The most interesting questions regarding the complex political times underway in the People's Republic of China remain unanswered. What is certain, is that social cohesion is showing cracks; not only in Hong Kong. 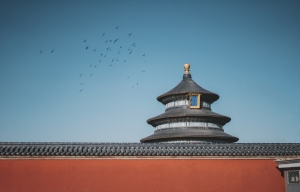