The European Banking Union: a Proposal for Discussion

The German Finance Minister Olaf Scholz published an article in the Financial Times in which he summarized his thinking regarding the European Banking Union (EBU). The article was, and still is, the subject of great interest.

A few weeks ago, the German Finance Minister Olaf Scholz published an article in the Financial Times in which, starting from a non-paper prepared by his Ministry, he summarized his thinking regarding the European Banking Union (EBU). The article was, and still is, the subject of great interest.

It is well-known that the EBU was decided on a number of years ago with the aim of creating a single European banking market based on three fundamental pillars: common oversight of banks; uniform regulations on the resolution of bank crises; and homogenization and integration of regulations on bank deposit insurance. As of now, only the first two pillars have been achieved. The creation of uniform national rules concerning deposit insurance and the rules for solidarity among countries have not yet to even be addressed. This is the case above all because Germany, along with some other North European countries, have opposed this step, fearing they could be required to intervene in crises regarding other areas with banks considered weaker than theirs.

The fact that Scholz addressed the subject, aiming to solve the problems of the EBU, is important, even if we don't know whether his intervention was due purely to the desire to complete the EBU or rather the recognition that his country has a system of large and small banks with problems that are actually not smaller than those of the other countries in the Union, and thus could need the new system.

In any event, Scholz's thinking goes beyond the simple consideration of the third pillar of the EBU and involves the entire European Union, in whose interest he believes it appropriate to adopt at least the following essential measures:

Scholz's proposals are very interesting in theory, and in general can be shared. They should be discussed and then implemented, with the necessary changes suggested by the various European and national authorities involved, of course. But at the political level, unfortunately, there is less support for these ideas, especially because they would have different effects on different countries. The Italian Economics Minister, for example, has already stated his opposition to a rule that would treat state bonds the same as other assets in banks' portfolios. In fact, our banks have much larger amounts of state bonds, with greater risk, and thus would require reserves or write-downs that would have a harsher effect than on the banks of other countries in terms of equity and the related oversight ratios. We should note, however, that while those objections are legitimate, they do not affect the validity of Scholz's proposal. Indeed, if our public debt were to come down to normal levels, the objections would no longer be necessary.

Overall, we must figure that Scholz's proposals, despite being well-argued and logical, will not be fully accepted, and will require time. Among other things, in addition to the resistance from Italy and that of some northern countries mentioned above, in Germany itself the Minister's new attitude has not been welcomed enthusiastically. Yet some of his proposals should be implemented anyway, because the importance of a true EBU is essential for the orderly conduct of both the banking activities and the economic and financial activities of the European Union. In this regard, Scholz concludes his program by stating that in any case, even if the proposals presented were carried out, a true EBU would not exist if the possibility for arbitrage is not eliminated between the banks of different Member Countries, due to their different levels of taxation. So he hopes for an alignment, which is unquestionably needed, but he does not think the national and European authorities will deal with this question even in the medium-term.

(Roberto Ruozi is Emeritus Professor at the Bocconi University) 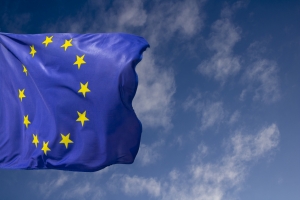