We will soon be celebrating 25 years since the Beijing Conference (September 4-5, 1995), the fourth global conference[1] convened by the United Nations on the issue of gender equality.

On that occasion, the concept of gender became central for the first time, the principles of empowerment and mainstreaming were adopted, and a platform was defined with strategic goals in 12 areas considered critical.[2]

The UN recently published the report Gender Equality. Women’s Rights in Review 25 Years After Beijing,[3] where it laid out the steps taken and those still to be taken, especially in terms of elimination of discrimination in the labor market, access to management positions, and reduction of the gender pay gap. Much remains to be done, and we are probably quite far from the end of patriarchy, as Hanna Rosin argued ten years ago in the article "The End of Men," published in The Atlantic.[4]

In the academic debate, more than the end of patriarchy, there is discussion of a "stalled revolution." According to the scholar Sarah Friedman,[5] the reason is to be found in part in the exclusive attention paid to the expansion of women's opportunities for growth, and on the other, in the absence of a broader reflection on the construction of the male gender (in terms of role and expected behavior). For this reason, male hegemony remains intact.

Indeed, men generically believe that "gender equality is an important issue" just as much as women do;[6] on the other hand, many more women believe that "too much is being expected of men" to reach it.[7] Their weak involvement in reflecting on a promoting gender equity makes the issue still a "matter for women".

According to a study by IBM,[8] 65 percent of male managers interviewed, belonging to 2300 companies involved in the survey, believe that they would have been promoted just the same if they had been women, despite the limited presence of the latter in management positions at their companies. Men thus tend to minimize the role of gender distortions in evaluation processes, especially when the issue is not central for the business. In fact, only 18 percent of the 2300 companies had posed the question of gender as a priority issue in 2019.

25 years after Beijing, the reduction of gender gaps remains an important strategic goal to be pursued. 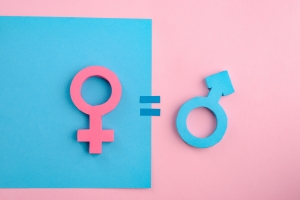